Italy is at the forefront in the fight against all forms of gender-based violence, including female genital mutilation and early and forced marriages.

Italy also promotes the active role of women in peace processes, including through the "Mediterranean Women Mediators Network". 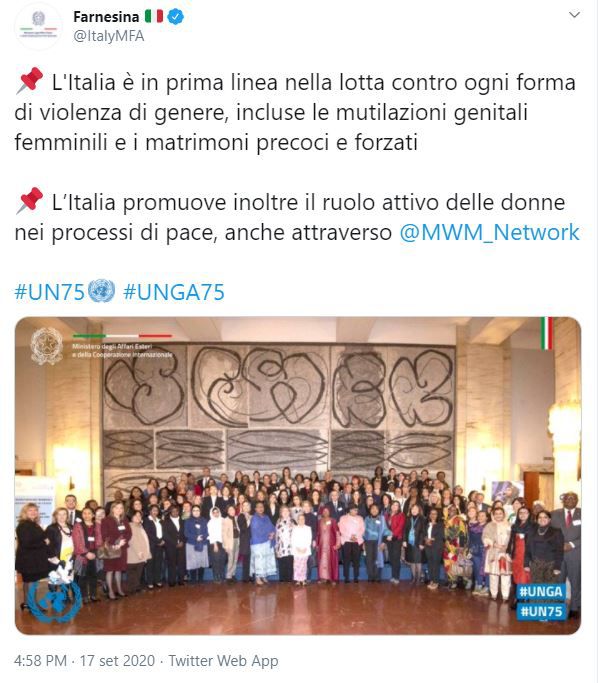 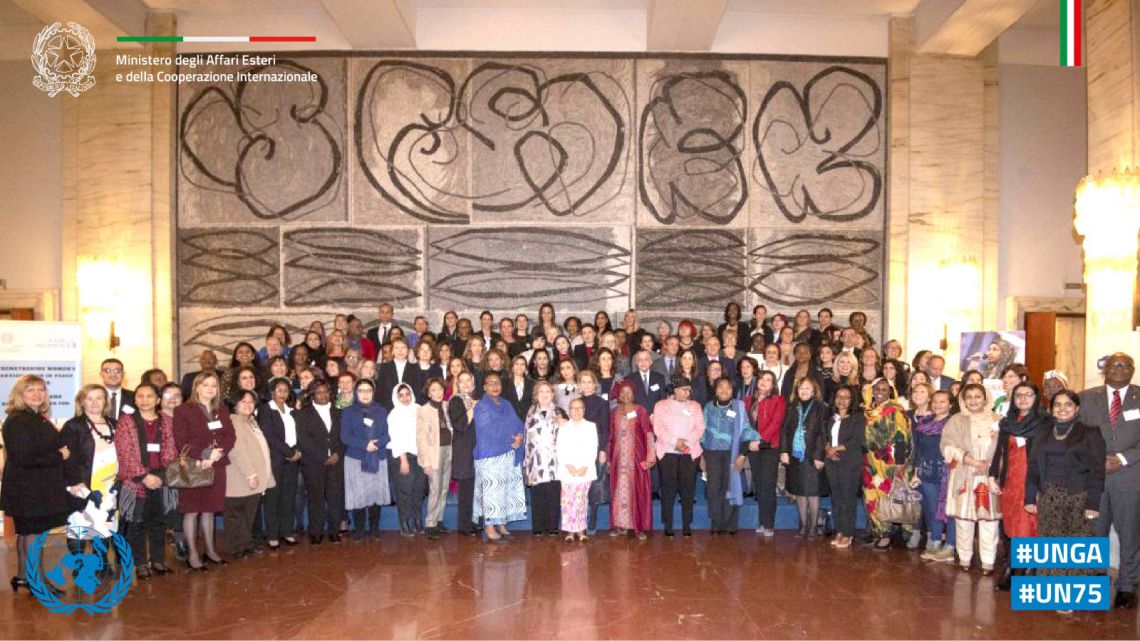