Italy hosts and co-chairs with the United States today, 28 June, in Rome the Plenary Ministerial meeting of the Global Coalition to Defeat Daesh/ISIS. This is a very important event for the 83 members of the Coalition, more than half of whom will be attending at Ministerial level, two years on from the last full-format meeting. It is also a recognition of Italy's efforts in combating the terrorist group, in both the military and civilian spheres.

The Rome Ministerial meeting will be an opportunity to reaffirm the Coalition's cohesion in ensuring a lasting defeat of Daesh, to reaffirm the common commitment to the stabilisation of the liberated areas in Syria and Iraq, and to strengthen cooperation in the thematic working groups. Furthermore, as prompted by Italy, ample space will be dedicated to combating the threat posed by organisations affiliated to Daesh in other areas, particularly in the Sahel and in various regions of Africa, a phenomenon that has grown in size and danger in recent years and which poses serious risks for the security of the Mediterranean region. 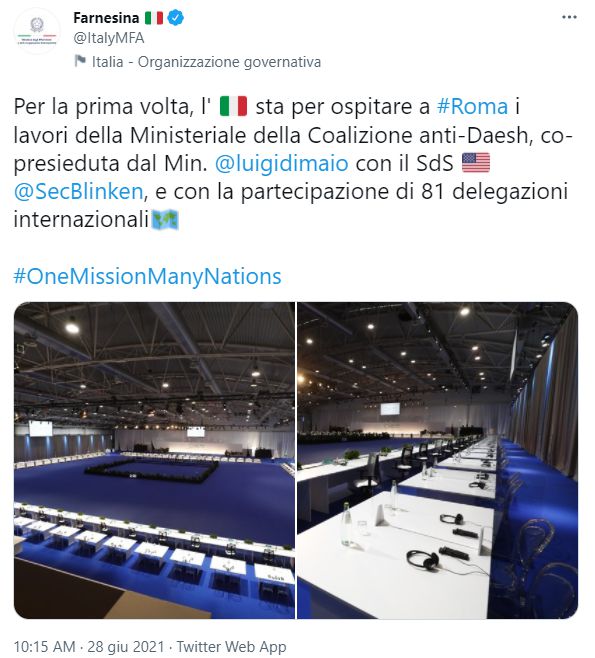 Read the Joint Communiqué of the Ministerial Meeting on Syria