Budapest hosts a round table on "The Future of Europe"

The Italian Embassy in Hungary, in cooperation with the Hungarian Ministry of Foreign Affairs and Trade, organized a round table titled "The Future of Europe," which was widely reported by the national press and attended by a large audience, including most of the accredited diplomatic community, academicians and media representatives. The Chairman of the Italian Senate Foreign Affairs Committe, Pier Ferdinando Casini, was the guest of honour.In his opening address, Chairman Casini called for a closer union within the EU, which is necessary to face up to present and future challenges with a single voice. Senator Casini also spoke of the errors recently made by EU Countries in Libya and underlined the relevance of enhanced cooperation as a tool to give all member States an opportunity to contribute towards an even more tangible integration. 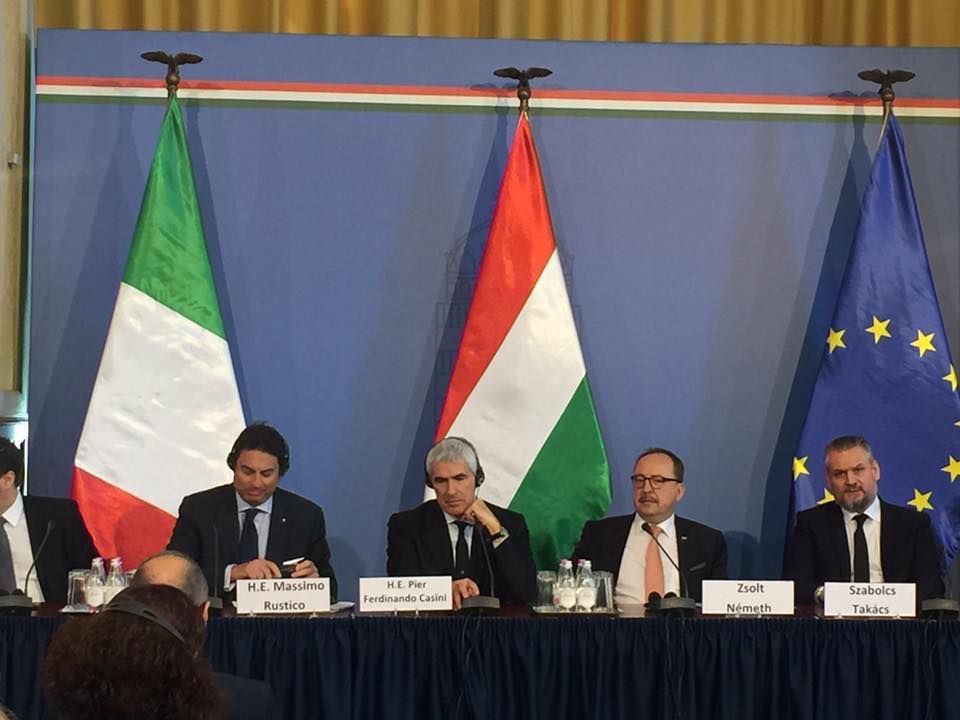