On 23rd March, a conference on the 60th anniversary of the Treaties of Rome was held at Yasar University in Izmir. It opened with an introduction by Consul Iannuzzi and continued with a paper by Prof Ivan Ingravallo ("Aldo Moro" University of Bari) entitled "What future for European integration?".

The meeting, which was intended to involve Turkish students of law and political science in a technical and unbiased reflection on the uniqueness of the European Union in historical and legal terms, allowed for a straightforward analysis of the strengths and weaknesses of the integration process.

Whatever the future of the Union may be - whether the process continues to be gradual or brave decisions are made regarding federalism, potentially through unprecedented forms of enhanced cooperation – the anniversary of the Treaties of Rome provided an opportunity to stress the importance of relaunching the integration process and to highlight the strong commitment made by Italy, not only by organising the Rome Summit on 25 March, but also through its constant and staunch commitment to Europe.

The Conference also included an exhibition entitled "Ever closer Union" which will remain open to Izmir's students for a few more days. 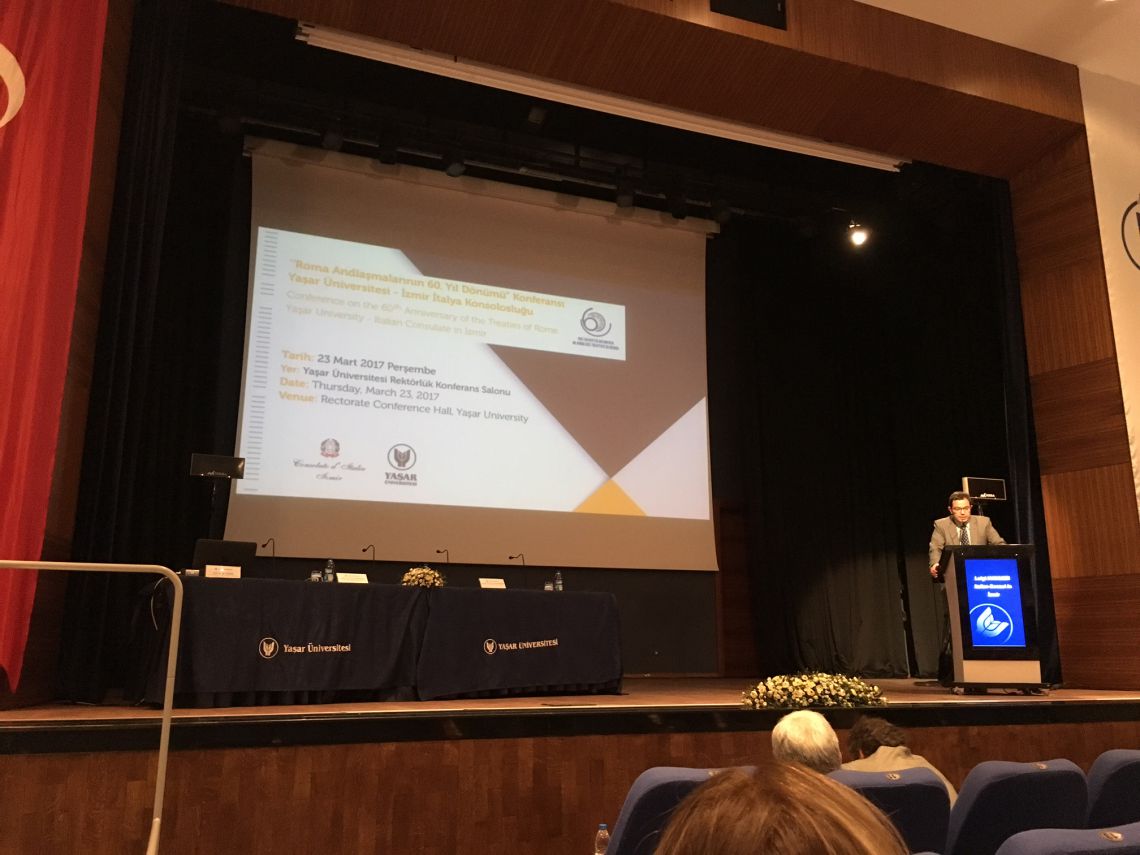