Italy's commitment is a model for all its contingents in Afghanistan, says Minister Gentiloni

Following a visit to Herat, Foreign Minister Gentiloni greeted the Italian contingent in Kabul where he met the President of the Republic of Afghanistan, Mohammad Ashraf Ghani, the Chief Executive, Abdullah Abdullah, and the Foreign Minister, Salahuddin Rabbani.
This mission is part of the support programme Italy is offering to Afghanistan, which is being expressed with the decision of extending the presence of the Italian contingent in Herat throughout 2016. From a civilian standpoint, Italy has reiterated its cooperation for development action. Afghanistan is at the top of the list of beneficiaries for the Italian Public Aid for Development, which includes actions accounting for 820 million euro, allocated from 2001 to date.
To confirm Italy’s long-term commitment in Afghanistan, Minister Gentiloni, together with his Afghan counterpart Rabbani, opened today with the first meeting of the Italo-Afghan Joint Committee, whose focus is, above all, on cooperation in the civilian sector. Development cooperation agreements were signed on the sidelines of the meeting, in particular in the fields of transport infrastructure  and cultural, scientific and technological cooperation.
A terrorist attack hit the Afghan capital in the morning. “Afghanistan has been under a terrorist offensive for approximately one week now, but the attack on Kabul today is extremely severe for it was an assault on  the country’s security forces,” said Minister Gentiloni after the attack. "I have felt a strong determination in the fight against terrorism from speaking to President Ghani. We will continue cooperating, but the protagonists of this struggle are the Afghan forces. Despite difficulties and challenges such as the one suffered today, the Afghan security and defense forces are capable of resisting terror attacks," underlined the Minister. 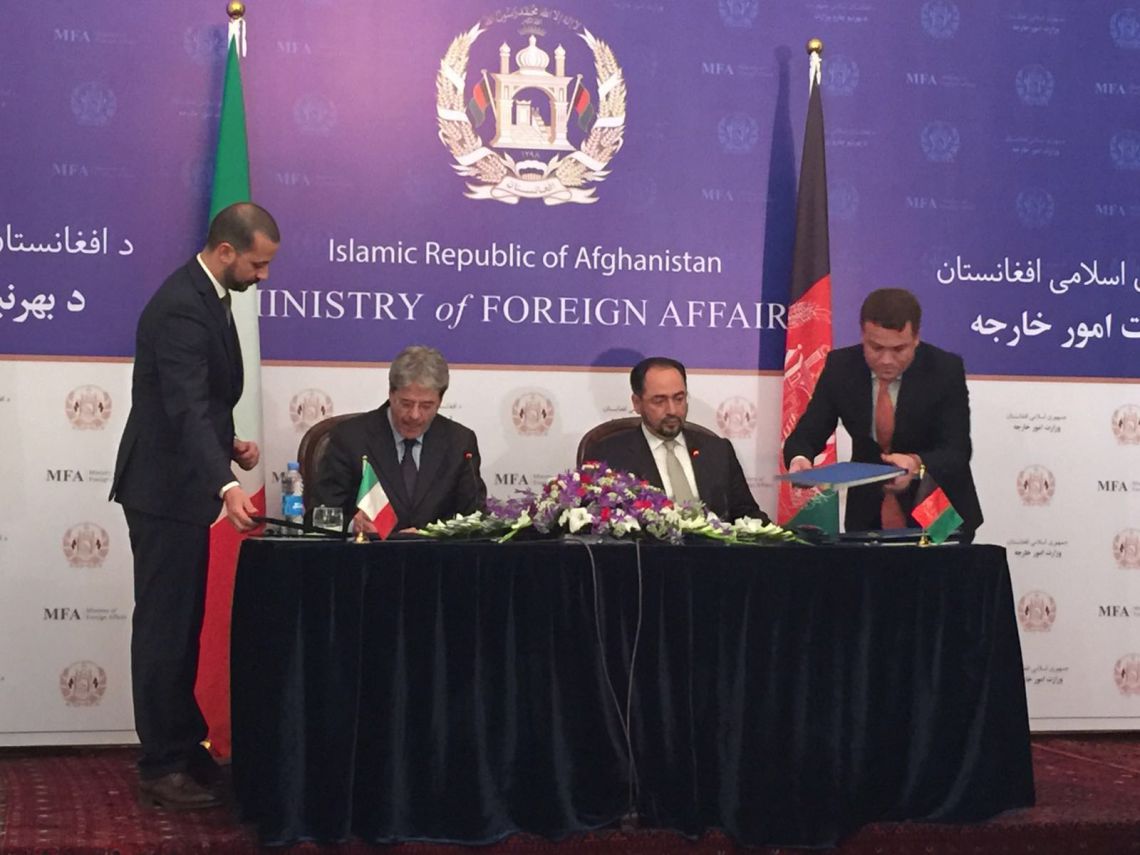 Italy's commitment is a model for all its contingents in Afghanistan, says Minister Gentiloni