Albania- On show the masterpieces of the Italian Novecento

More than one hundred masterpieces revealing the artistic culture of the first half of the 20th Century make up the exhibition “Capolavori dell’Arte italiana del Novecento” (“Masterpieces of the Italian Art of the Novecento”). The exhibition will open at the National Gallery of Art in Tirana on 16 January with works from the Modern Art Gallery of Roma Capitale. It will present the succession of artistic languages, the artists and the movements of reference, moving across the schools of symbolism, secession, futurism, new classicism, the Roman school and abstract art.

The exhibition, which will run until 2 April, is produced and organised by the Arthemisia Group and promoted by the Office of the Albanian Prime Minister, the Italian Embassy, the Ministry of Culture, the Municipality of Tirana, the National Gallery of Art in Tirana and the Italian Cultural Institute, in conjunction with Roma Capitale and the Gallery of Modern Art of Rome.

The exhibition is broken down into five sections which span from the symbolist valence of landscape paintings at the turn of the century to the pursuit of renewal and modernity by the artists present in the Roman Secession section during the first two decades of the century, to the futurist decompositions and the aeropaintings of the 1930s. The exhibition is supplemented by an Italian-Albanian bilingual catalogue published by Silvana Editoriale. 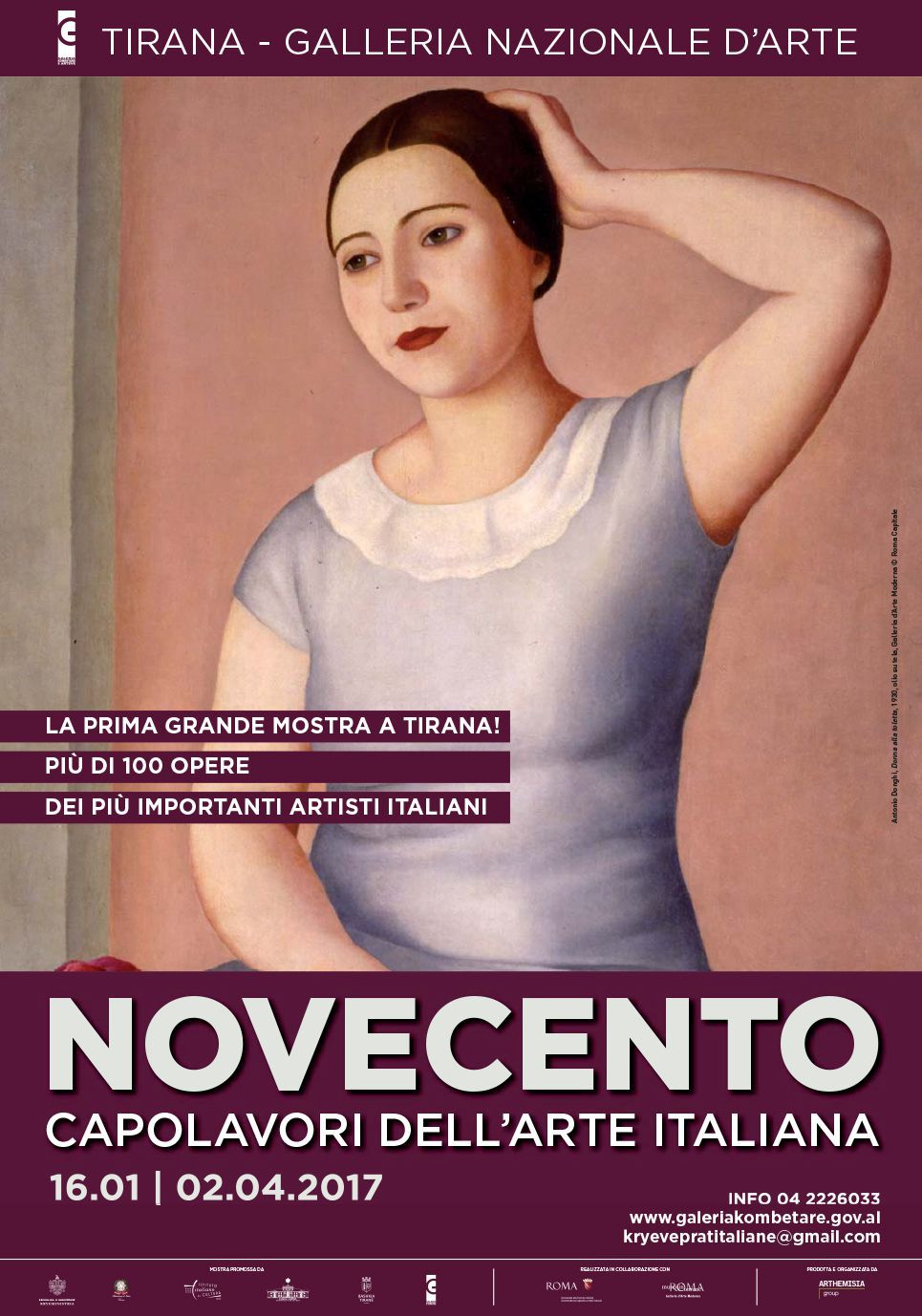 Albania- On show the masterpieces of the Italian Novecento