Alfano: “We are following with great concern the evolution of the relations between the member countries of the Gulf Coopertion Council (GCC)”

"We are following with great concern the development of the relations between the countries of the Gulf Cooperation Council (GCC)". These are the words of the Minister of Foreign Affairs and International Cooperation, Angelino Alfano, with regard to the current tensions in the Gulf region. The Minister added: "We reaffirm the need to stop this escalation of events and leave room for mediation within the GCC."

"We  completely trust the diplomatic initiative taken in this sense by the Emir of Kuwait. It is not by building walls or interrupting the dialogue that the current crisis will be solved," added the head of the Farnesina, underlining that "it is essential to join forces to defeat our common enemy, namely terrorism. Our priority should be to preserve the unity and the cohesion of the Global Coalition Against Daesh, which includes the countries affected by the crisis, along with Italy."

Minister Alfano concluded: "Within this framework, we ask to bear in mind the consequences of the measures taken also at a humanitarian level. The sacred month of Ramadan is a time in which families must be united, not divided." 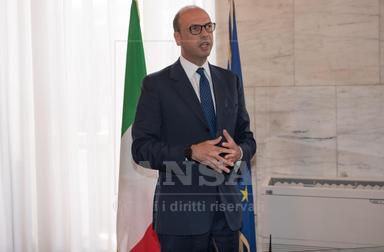