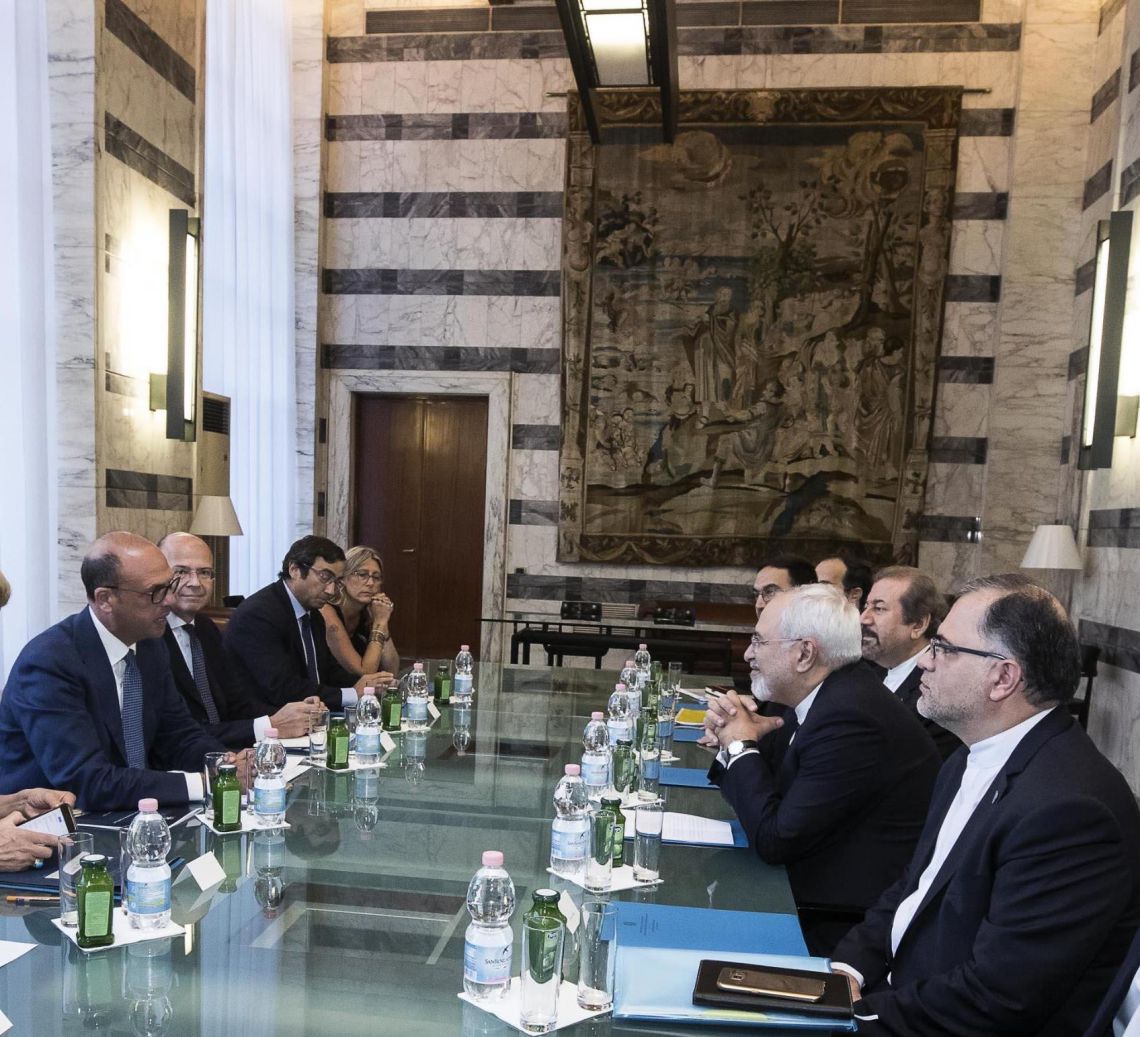 Last Wednesday, 28 June, at the Ministry of Foreign Affairs, the Minister of Foreign Affairs and International Cooperation, Angelino Alfano, received his Iranian counterpart, Mohammad Javad Zarif, who was visiting Italy for a series of high level institutional meetings.

The meeting focused on the main international issues, including implementation of the nuclear agreement, the Gulf crisis and bilateral relations, with particular attention paid to economic affairs, infrastructure projects and the strengthening of cultural relations.

Mr Alfano reiterated Italy's solidarity with and support for the Iranian authorities following the serious attacks in Tehran on 7 June this year, saying that "the priority must remain  to fight global terrorism that strikes everywhere with the same contempt for human life". With regard to the current crisis in the Gulf region, the Minister expressed his strong hope that the parties will soon resume their dialogue in order to find a mutually agreed solution, and confirmed his confidence in the mediation efforts undertaken by the Emir of Kuwait.

On the nuclear issue, Alfano said that "Italy encourages Iran to continue implementing the nuclear agreement and Resolution 2231 and supports the process of reintegrating Iran into the international financial system".

On taking leave of his guest, the Minister renewed his invitation for him to attend the third MED Dialogues Conference 2017, which will take place from 30 November to 2 December, telling Zarif that "a speech by you at the Rome MED Dialogues will add particular value to discussions about Mediterranean issues. Therefore I sincerely hope to welcome you to Rome on that occasion". 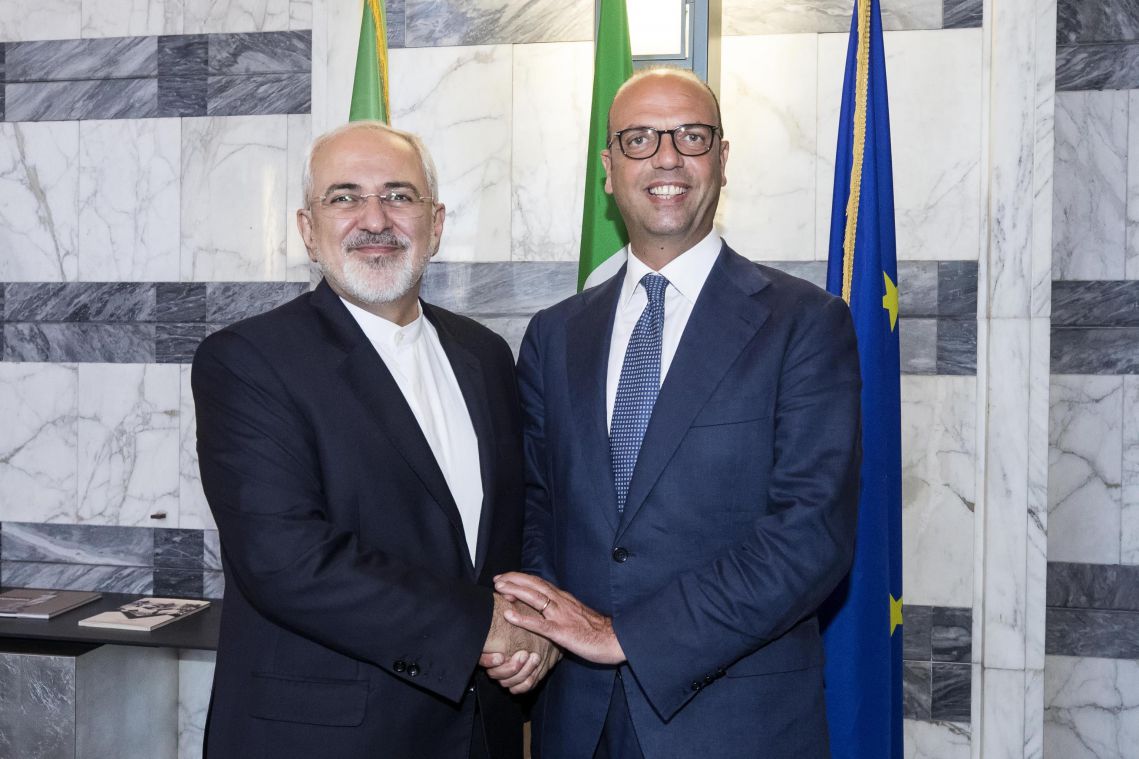 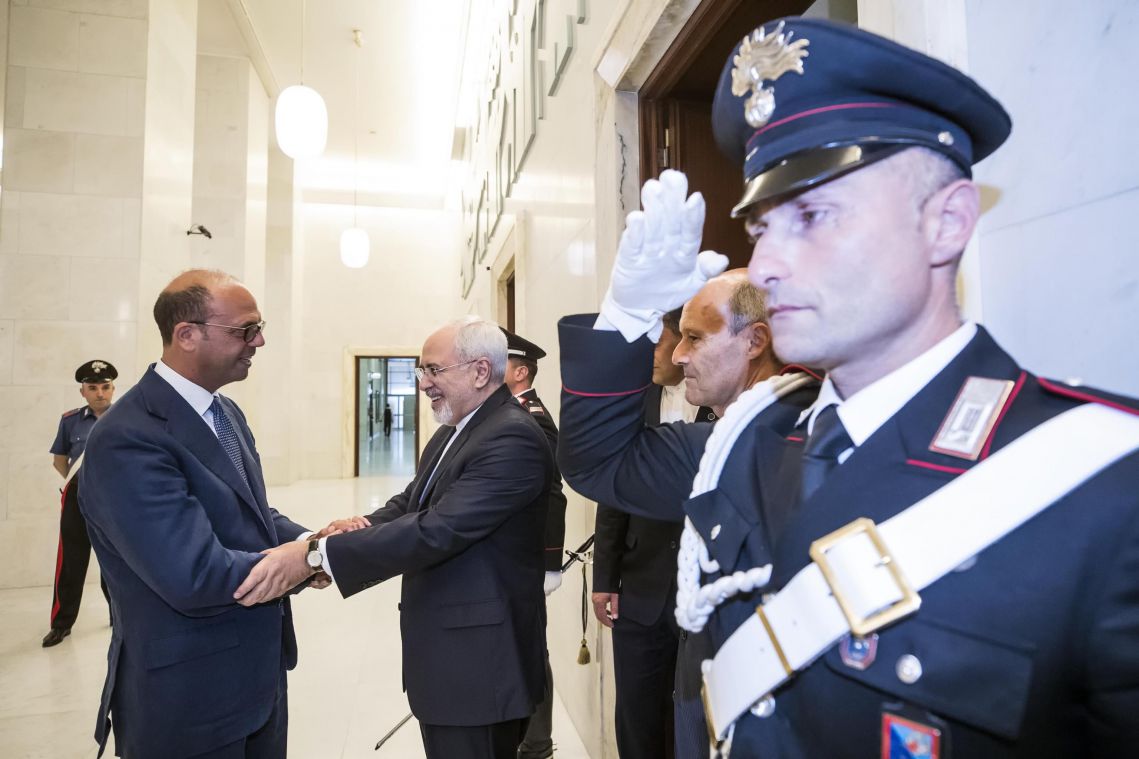