Farnesina hosts debate on the challenges to European security

On 29 and 30 September the Ministry of Foreign Affairs and International Cooperation (MAECI) is hosting the 9th “Transatlantic Security Symposium” dedicated to “Europe’s Security Governance and Transatlantic Relations”, organised by the Istituto Affari Internazionali (IAI) with the support of the MAECI, the Public Diplomacy Division of NATO, the United States Embassy, the Compagnia di San Paolo, the Council for Italy-United States Relations and the Friedrich Ebert Foundation.

The event, which will be opened by the president of the IAI, Ambassador Ferdinando Nelli Feroci, and by the Head of the Foreign Ministry’s Analysis and Planning Unit, Armando Barucco, will be attended by a large number of world-renowned experts and researchers. The discussion topics on the agenda are the challenges to European security in five principal areas: the “European” vision of the future President of United States; post-Brexit transatlantic relations; the role of NATO in the European Neighbourhood countries; the West, Russia and Security in Europe; Europe, the Mediterranean and the jihadist threat. 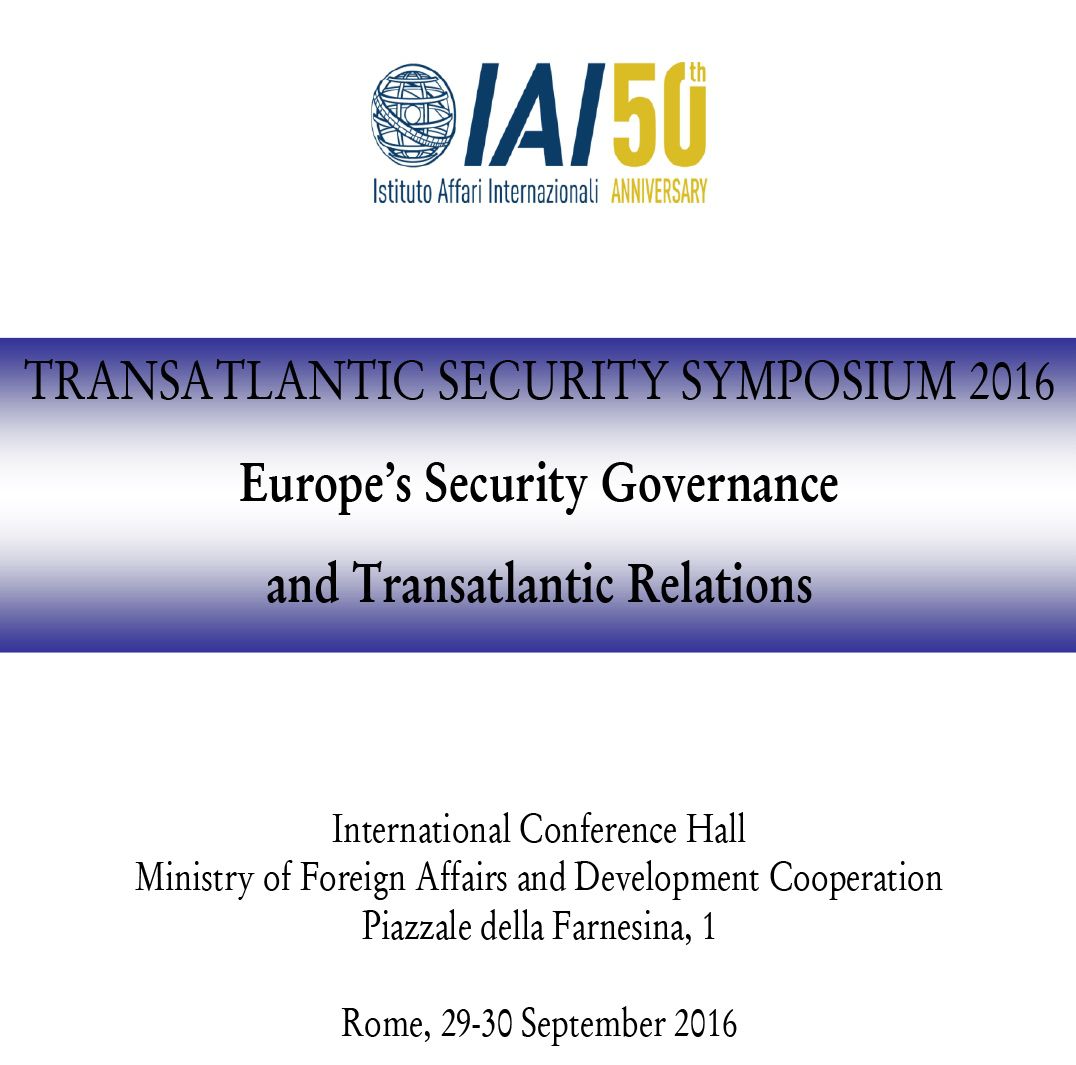