The “Eritrean-Italian Danakil Expedition”, an international research team coordinated by the University La Sapienza of Rome, has discovered a number of surface fossil footprints, including what appear to be the footprints of ancient humans of around 800,000 years ago. The research, coordinated by paleoanthropologist Alfredo Coppa from La Sapienza University, was made possible thanks to the partnership with other Italian (Florence, Padua and Turin) and international universities (Poitiers, Tarragona and Toulouse), the Ministry of Cultural Heritage and Tourism (Pigorini Museum and ISCR), and to the support of the Eritrean Government and of the Italian Embassy in Asmara. The research was financed by the Grandi Scavi Sapienza, the Italian Ministry of Education, Universities and Reseach, the Ministry of Foreign Affairs and International Cooperation, New York’s American Museum of Natural History, and other private sponsors (Enertronica, Eraclya, Gruppo Piccini, I. Messina, Lauria A. and RrTrek). The discovery took place during the latest excavation campaign in the Aalad-Amo site, in the region of Buia, eastern Eritrea. The footprints could be the first to be unequivocally attributed to Homo Erectus, the only hominid species that inhabited the area during that period, thus representing a turning point in human evolution that gave rise to the larger-brain ancestors of modern man. “Fossil human footprints are extremely rare. In Africa, similar footprints have been found in Laetoli, Tanzania, dating back to 3.7 million years ago, and in Ileret and Koobi Fora, two Kenyan sites dating back 1.5-1.4 million years. However, up to now, no footprint has ever been found from the Middle Pleistocene,” explained Prof Coppa. He went on: “If the date is confirmed by the photogram and further findings in the next excavation campaign, the set of footprints that have surfaced in Dancalia will be tell us a lot more on the Homo Erectus.” 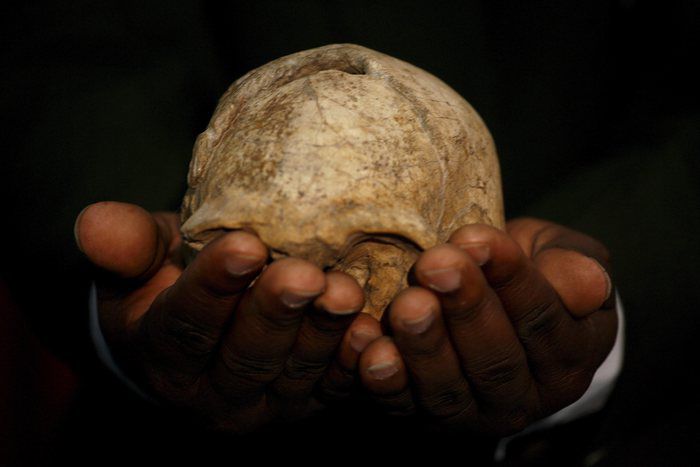