On next 27 March (at 6 p.m.) the residence of the Italian Ambassador in Canberra will host the opening of Flower Power, a permanent exhibition by Silvia Tuccimei. The Italian artist’s multidisciplinary reputation is now consolidated in Australia. Already in 2013, “Passage Secret”, a sculpture by the artist, was exhibited at the impressive collective exhibition called “Sculpture by the Sea”. The following year, pursuant to an agreement between the artist and curator Damien Miller and thanks to the interest of the Italian Cultural Institute (IIC) in Sydney, the sculpture was permanently displayed in the park surrounding what used to be the summer residence of the Governor from 1880 and 1950, located in Sutton Forest, in the Southern Highlands of NSW, the venue of the “Sculpture by the Hillview” Festival. In March 2015, the Italian Cultural Institute in Sydney hosted a solo exhibition entitled “Out of the Box” curated by Director Donatella Cannova, displaying paintings and small sculptures by the artist. Last year, her new work Flower Power was again selected to be displayed in the international sculpture exhibition that is staged in the picturesque seafront walk between Bondi and Tamarama. In the last edition of “Sculpture by the Sea”, an annual event held in October and November of every year since 1997, 100 artists were selected out of a total of 500 to display their work. Flower Power is composed of three scaled-down stainless steel modules, the largest of which has a diameter of almost 3 metres and weighs 800 Kg, entirely lined with a mirroring surface depicting a stylised flower. It was produced with the cooperation of OMCF of Florence, a world leader in the processing of steel. The production process involved more than 20 workers. The close ties between the Roman-born artist and the IIC in Sydney can now materialise in the Flower Power permanent exhibition at the residence of the Italian Ambassador, also thanks to the contribution and cooperation of the Italian Embassy in Canberra. The initiative is part of a number of activities focused on promoting Italian contemporary art recently carried out in Australia, which also involved Italy’s diplomatic network in the effort of highlighting to the local public and experts the work of several Italian artists also selected through the Farnesina Collection of contemporary art of the Ministry of Foreign Affairs. 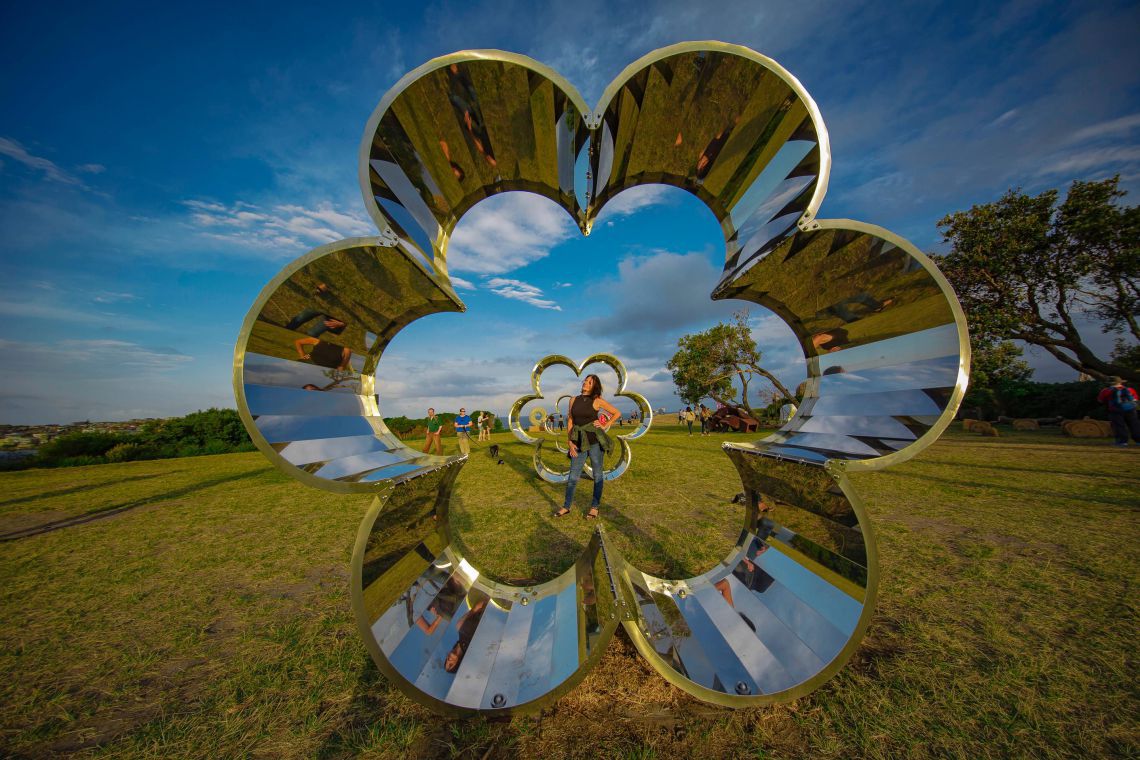