Australia - Footwear, clothing and design: Made in Italy wins in Australia

Footwear, leather goods and clothing, as well as design and homeware are the Made in Italy products with the greatest potential in Australia. The market survey - commissioned to Colmar Brunton by the Consulate General in Melbourne - was presented to the public during a visit to Australia by Undersecretary for Foreign Affairs, Vincenzo Amendola, at an event organised by Consul General Marco Cerbo at the Italian Cultural Institute in Melbourne. The results of the survey show that Italian footwear is the most attractive consumer good for Australian consumers: three fifths of Australians (59%) would consider buying Italian shoes, two fifths (43%) would pay a higher price than for other shoes and three in ten (30%) would be prepared to travel outside their district to buy them. The next most popular items are leather goods and clothing. Together with footwear, these are also the top three products for which Australians would pay more than average, and this applies to all income brackets. Household appliances, homeware and cookware are also popular, but the quality perception for these is not as good as for footwear, leather goods and clothing. In fact, while almost half of Australians are willing to buy Italian products, only one tenth would be prepared to pay a higher price. Designer furnishings are well-positioned among consumer preferences, but only respondents with an annual income of over $78,000 (the medium-high bracket) are prepared to make a big investment to buy them. The same applies to motor vehicles. Generally speaking, two indications emerge from the survey: Italian products continue to be well regarded by Australian consumers, particularly in sectors where the quality of our products is traditionally well-established, as in the footwear sector. However, the "Made in Italy" factor is not sufficient to encourage people to spend more for most consumer goods or to look for the products in shops far from home. Therefore, anyone wishing to export to Australia will need to pay close attention to the retail price and identify an adequate distribution network. 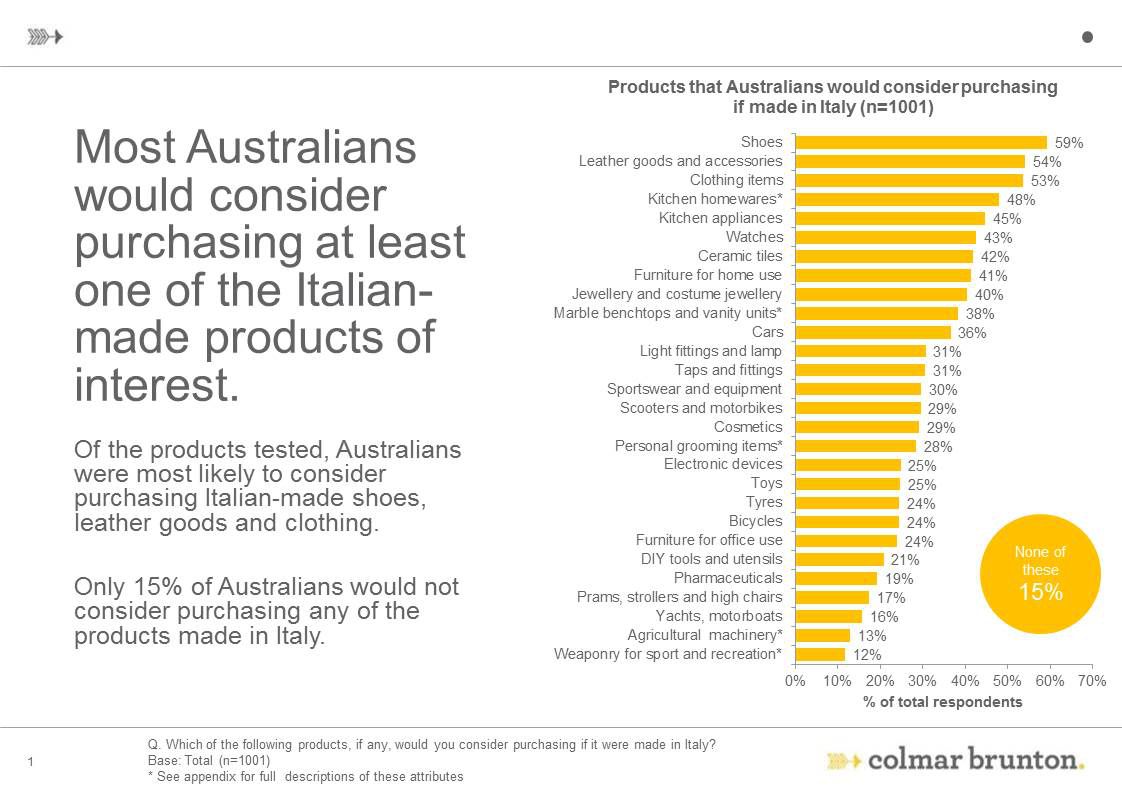