Italian musical talent will be on stage in California with a performance of pianist and composer Francesco Taskayali at the Italian Cultural Institute (IIC) in Los Angeles on Tuesday. The Institute is contributing to the events promoted by the Ministry of Cultural Heritage and Activities and Tourism and to the worldwide celebrations for the Fete de la Musique by bringing to California Francesco Taskayali, one of the youngest and most talented performers on the Italian and international music scene. He composed his first piece "E' Sera" at the age of 13, which remains a favourite with his fans. He released his first album "Emre" in 2010, which was followed by "LeVent" in 2011 and "Flying" in 2013, which he took on a world tour with the Orquesta Sinfonica di Caracas, representing Italy at the European Piano Festival.

The Fete de la Musique was started by the French Ministry of Culture in 1982 and is held during the summer solstice every year. Amateur and professional musicians perform in streets, courtyards, squares, gardens, stations and museums, making music accessible to all. More than 120 cities in Italy have taken part in the festival since 2002, thanks to the work of the Italian Association for the Promotion of the Fete de la Musique, creating a network throughout the country. Every year a number of live outdoor concerts are held in every city featuring musicians of all levels and genres. 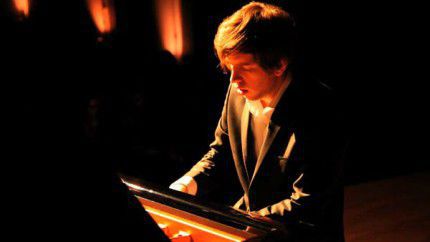