The 2017 edition of the Italian Contemporary Film Festival (ICFF), the festival offering the best of Italian film productions in six Canadian cities from 8 to 16 June, is due to set new box-office records. In addition to Toronto, Montreal and the other cities involved in the previous editions, this year the ICFF will extend to the city of Vancouver, on the Country’s West Coast. Out of the 180 screenings programmed, numerous will be world premieres in North America. Some of the partners of the ICFF include the Italian Embassy and Consulates General and the Italian Cultural Institutes in Toronto and Montreal. Super-guest stars at the ICFF this year are Paola Cortellesi and Christian De Sica, who will receive the prestigious lifetime achievement award which has previously been given to great film actors of the calibre of Al Pacino, Roberto Benigni, Carlo Verdone and Claudia Cardinale. In Canada De Sica will be presenting two of his latest works, “Poveri ma ricchi” and “Fraülein-Una fiaba d’inverno” (“Fraülein-A Winter’s Tale”). The popular Roman-born actor will also present “Marriage Italian Style”, one of the masterpieces directed by his father Vittorio, in a very special event aimed at creating a virtual bridge between the father’s genius and the son’s versatility in acting. Another very talented Italian film star, Paola Cortellesi, will attend this edition of the ICFF in Canada with two of her films: “Qualcosa di nuovo” directed by Cristina Comencini and “Mamma o Papà?” by Riccardo Milani, the actress’s real-life husband. At the festival will be another two great Italian film stars: Giancarlo Giannini and Franco Nero, who both play in the film “The Neighborhood / Il Quartiere”, which will make its world debut in Toronto. New Yorker Danny Aiello, together with other international film stars, will also be among the guests of the 9-day Festival. Alan Barillaro, director of Piper, the Oscar prize-winner for the best animated short film for 2017, will attend the Festival from Los Angeles. At the Festival’s closing gala to take place at the Ritz-Carlton Hotel in Toronto, a special tribute will be paid to the Pixar Animation Studios for their hits “The Incredibles”, “Finding Nemo” and “Monsters& Co.”. 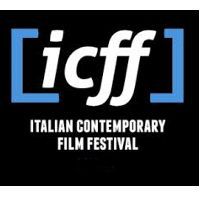