He is 29 years old and holds a degree in business administration. Dario Mazzanti is the featured personality of this week’s instalment of “Cartolina dall’altra Italia”, the web series created by 9colonne with the support of the Ministry of Foreign Affairs and International Cooperation/Directorate General for Italians Abroad and Migration Policies. Dario has been working for a few years now for a Genoese firm that imports hydroelectric plant machinery from China. His dream was to work in that Asian nation and the opportunity came two years ago from the same company, which offered him a chance to work first in its branch office in Beijing and later in Chongqing, a city of over 30 million on the Yangtze River in south central China. As Dario explains, the city “has experienced an economic and industrial boom over the past 15-20 years and its GNP growth is still in the double digits, as opposed to that of the State, which has contracted to some extent”.

Dario’s plan for now is to stay in China and improve his knowledge of the language to the point of achieving, as he puts it, “a working self-sufficiency, with the ability to speak and make myself understood without the help of an interpreter”. At the start of 2014, the Italian Consulate opened a new mission there with the aim of becoming a point of reference for Italian firms operating in an area that is “still virgin territory”, as Dario points out, “as regards foreign firms and entrepreneurs, thus with everything to gain”.

Each week, “Cartolina dall’altra Italia” goes in search of the new emigration, contacting young Italian nationals who have decided to try their luck abroad for reasons either of need or desire, thereby maintaining that invisible thread that ties them to Italy. The video-interview can be viewed on the 9colonne.it website or on Youtube channel Nove Colonne. 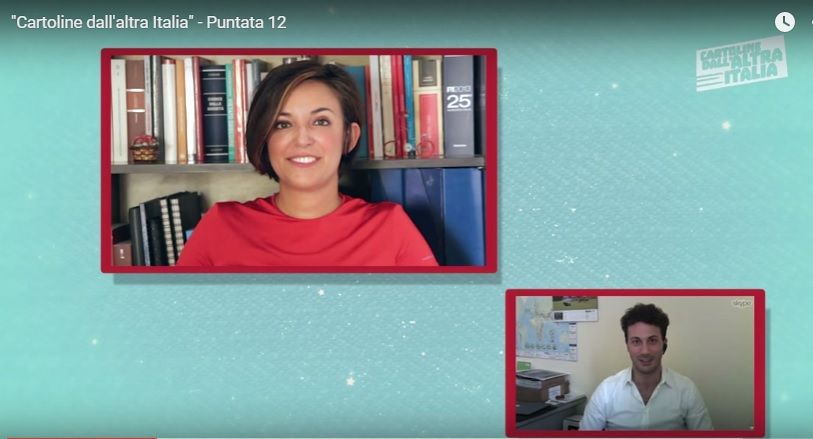