Musician and musicologist Salvatore Rossano, is featured in the latest instalment of “Cartoline dall'altra Italia”, the web series produced by the 9colonne media agency with support from the Directorate General for Italians Abroad and Migratory Policies at the Ministry for Foreign Affairs and International Cooperation.

Salvatore has been living for a few years now about 100 km from Melbourne with his Australian companion and their children. After experiences in Italy and Spain, he decided to move with his family to a small town surrounded by lakes, woods and spectacular landscapes. “First we were living in Spain, where I worked with the University of Valladolid”, Salvatore explains. “Then we decided to make a change, not because we needed to but because we wanted our children to grow up in a more beautiful setting closer to nature”.

As a musicologist, Rossano currently collaborates with the University of Melbourne on a research project associated with Spanish Renaissance music; as a musician he performs with the Santa Taranta group, which puts a modern twist on Italian folk music traditions such as the “Pizzica”, the “Tammurriat” and the “Stornelli”. Salvatore obtained a Partner Visa to live in Australia, which gives him the same rights as an Australian citizen, but the same is not true for all foreigners. “It was very simple for me compared with others”, he tells us, “who instead are forced to obtain temporary visas and pay a lot of money” while awaiting the much hoped-for sponsorisation and to be hired by an employer. “We’ll stay here for the next 4-5 years”, Salvatore says, “but I imagine we’ll continue to travel in the future. We have every intention of going back to Europe because that is where we feel completely ourselves, here we feel somewhat foreign”.

Salvatore tells his story to “Cartoline dall'altra Italia”, a quest to discover the world of the new emigration: creating links with young Italians who – out of necessity or aspiration – have decided to experience life abroad. With their testimonies, the web series keeps that invisible thread linking them to Italy alive. Each week will feature a new video-interview that can be viewed on the 9colonne.it website or on the Nove Colonne YouTube channel. 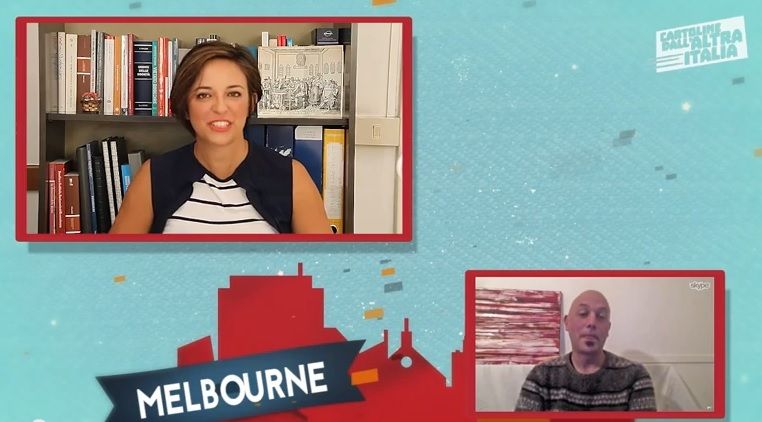