Maeci
The European Union as a successful model for conflict resolution by seeking common ground and shared interests, in a city that lies at the heart of the conflict between Israelis and Palestinians, but is also a symbol of coexistence between the three big monotheistic religions - these were  some of the topics at a celebration of the 60th anniversary of the Treaties of Rome yesterday organised by the Italian Consulate General in Jerusalem. Those attending included the Special Envoy of the High Representative of the European Union for the Peace Process, Fernando Gentilini, Professor Bernard Sabella, Director of the Middle East Council of Churches and the EU's Chargé d'Affaires for Business in Jerusalem, Tomas Niklasson.
The seminar, at the residence of the Consul General Fabio Sokolowicz, was attended by heads of diplomatic missions and international organisations in the city and representatives of religious institutions, including the Custos of the Holy Land. The event was part of  the official celebrations by the Italian government and the diplomatic network which culminated with the Rome Summit on  Saturday, March 25. 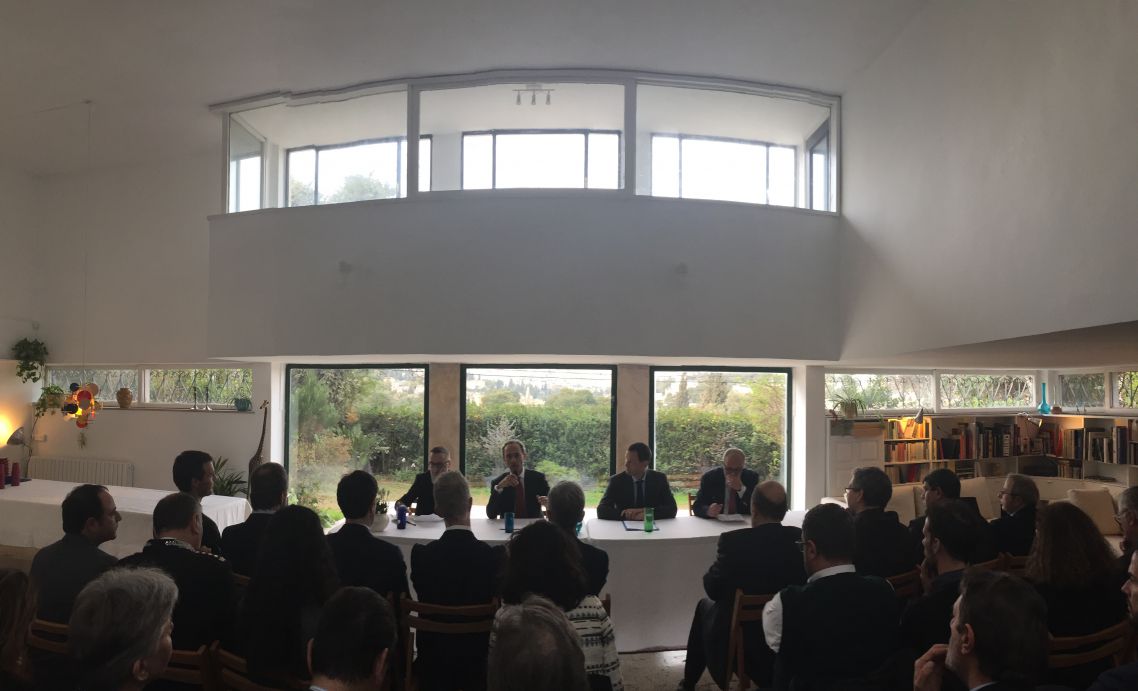