The Italy-China Science, Technology & Innovation Week 2016, which will be held in Italy from Oct. 25 to 27, was officially presented at a press conference in Chengdu by Italian Consul General in Chongqing, Sergio Maffettone, the Deputy Director-General of the Department of Science and Technology of Sichuan Province, Tian Yunhui, and the CEO of Science City, Vincenzo Lipardi.  It aims to increase the number of science, technology and university partnerships between the two countries. In Italy, the event will be organized into three stages:  one in Naples for the institutional sessions, one in Bologna and Bergamo, which will host smaller forums focusing on agriculture, aerospace, health, energy, smart cities, smart industries and blue growth, design and education. The main Forum will be opened by Minister Stefania Giannini and Minister Wan Gang. This year’s edition will launch a start-up competition between Italy and China, with a special focus on 4.0 makers and manufacturing.

The forum, promoted by the Ministry of Education, has been organised on the Italian side by Science City, the National Research Council, Confindustria (the Italian employers' association) and major Italian universities and research centres. On the Chinese side, the programme was promoted by the Ministry of Science and Technology and organised by the Beijing Municipal S&T Commission with the Beijing Association for Science and Technology. Last year's Innovation Week, which was held in Bishan, Chongqing, included over 200 Italian participants and more than 1,800 Chinese participants, with 800 B2B meetings and the signing of 30 cooperation agreements. 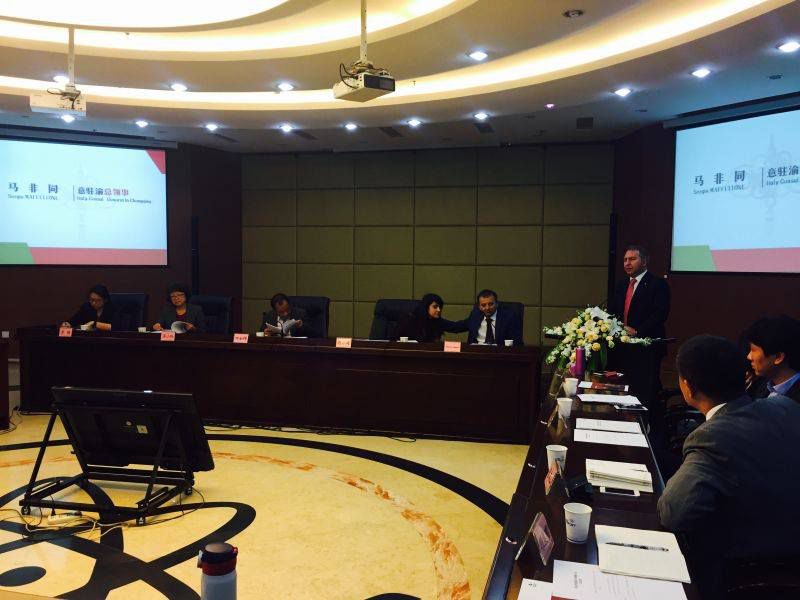