The first Week of Italian Cuisine in the World has just come to an end in China, featuring over 70 events across the country. The special testimonial of the Week was for star-rated Chef Carlo Cracco, who participated on 25 and 26 November in several events in Beijing that indulged Chinese households in Italian culinary traditions and flavours. As a special guest of the popular programme on CCTV2, "Hui Jia Chia Fan" (40 million viewers - the recording will be broadcast on 30 December and January 6), Mr Cracco spoke about Italian cuisine in family traditions as well as in its innovations and creativity. To pay homage to the towns devastated by the earthquake, the first recipe the Italian Chef prepared was a 'Pasta all'Amatriciana', with pecorino cheese and guanciale [cured meat from pig jowl] produced in Amatrice. Mr Cracco joined the renowned Chinese Chef Sun Lin Xin, author of a revised version of the traditional recipe of the Beijing Roast Duck, to prepare Italian gastronomic specialties featuring his famous fried egg with Parmesan cheese fondue.
For Italians, gastronomy means culture and a deep appreciation of food products. Mr Cracco, in fact, participated in an event, "Conversation on Food and Food Design", with designer Stefano Giovannoni, popular for his signature objects made for Alessi, and marketing expert Antonello Fusetti from the Italian Cultural Institute. The event was organised in cooperation with Milan's Scuola Politecnica di Design.
Mr Cracco was also the author of the gala dinner menu organised by the Italian Chamber of Commerce in China, and hosted at Beijing's Park Hyatt Hotel on 26 November. The soiree was attended by over 550 guests, including the actor Enrico Lo Verso, who performed accompanied by Ennio Morricone's musical notes.
"I am very pleased to be here in Beijing as a guest of the Week of Italian Cuisine. It is a great honour to represent my country and share Italian gastronomic culture, its history and the amazing products of our country here in China," said Mr. Cracco during the event.
"The Week of Italian Cuisine is a very powerful tool to promote quality Italian products and the Italian lifestyle. China has played a major role during this initiative, for there are values linked to food both cultures share and for the worldwide popularity our cuisines enjoy," said the Italian Ambassador to China, Ettore Sequi, at the close of the event. "I am especially proud of what we have achieved together with the consular network, the Italian Cultural Institute, ICE [Italian Trade Agency], and the Chamber of Commerce."
"The first Week of Italian Cuisine has brought to China the story of our cuisine, which is a part of Italy's culture and is appreciated across the world. It is because our food is good, but also because it is healthy and made with top quality products," underlined Mr Sequi. 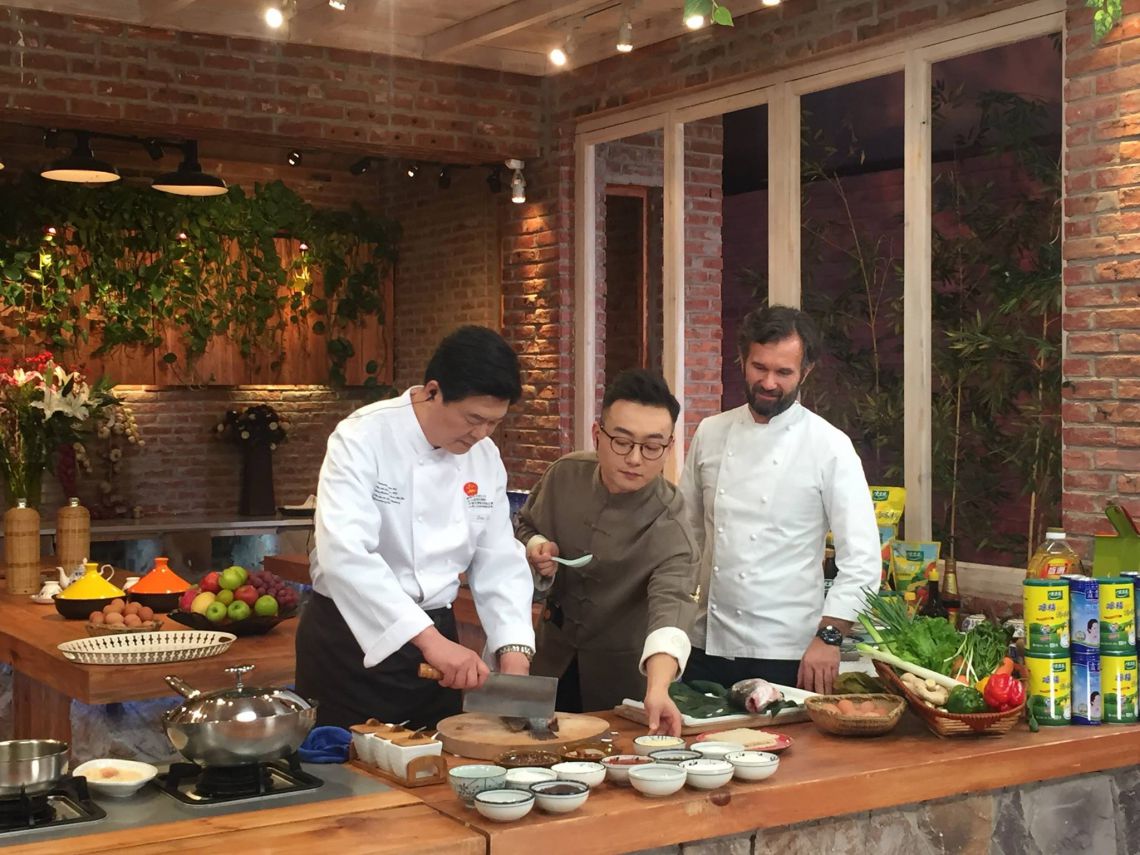