Italian institutions in China have awarded the chefs who participated in the events organised during the Week of Italian Cuisine and for the initiative "A future for Amatrice" dedicated to communities affected by the earthquake of Aug. 24.
The event was organised by the Italian Embassy to China and the Italian Chamber of Commerce in China, which awarded acknowledgement certificates to the chefs of Italian restaurants in China who participated in the cooking contest last November supporting Amatrice. The Chamber of Commerce also awarded the "Ospitalita Italiana" [Italian hospitality] label to some new Italian restaurants in China.
Among the awardees: chef Francesco Sanna, from the "Roma" restaurant in Beijing's Four Season Hotel; Amedeo Ferri from the "Barolo" restaurant in the Ritz-Carlton; Giuseppe De Stefano from "La Pizza"; and the brothers Paolo and Daniele Salvo from the restaurant "La Bottega" in Beijing.
"Italian cuisine can match culture with tradition," underlined the Italian Ambassador to China, Ettore Sequi, during the awards ceremony. "Cooking and the capability of combining ingredients is a science, but a chef can turn it into art." Michele Scannavini, president of ICE (Italian Trade Agency) highlighted Italy's interest in China, especially in the food and beverage sector. "We have decided to significantly reposition our investments in China, and will further concentrate on the food and wine sector, " said Mr. Scannavini. The President of the Italian Chamber of Commerce in China, Sergio Bertase, underlined that the Week of Italian Cuisine was "a unique event, not only because it was the first time it was held, but because of the combination of accomplishments involved."
China hosted more than 70 events during the first Week of Italian Cuisine in the World, which as a whole involved 105 countries and took place from Nov. 21 to 26. The chef Carlo Cracco was the special guest and participated in several cooking TV programmes while in Beijing, which are still being broadcast by CCTV 2. Mr Cracco also participated in the symposium on food design which was held in the Italian Cultural Institute, and was the chef during the gala soiree the Italian Chamber of Commerce in China organised on Nov. 26.​ 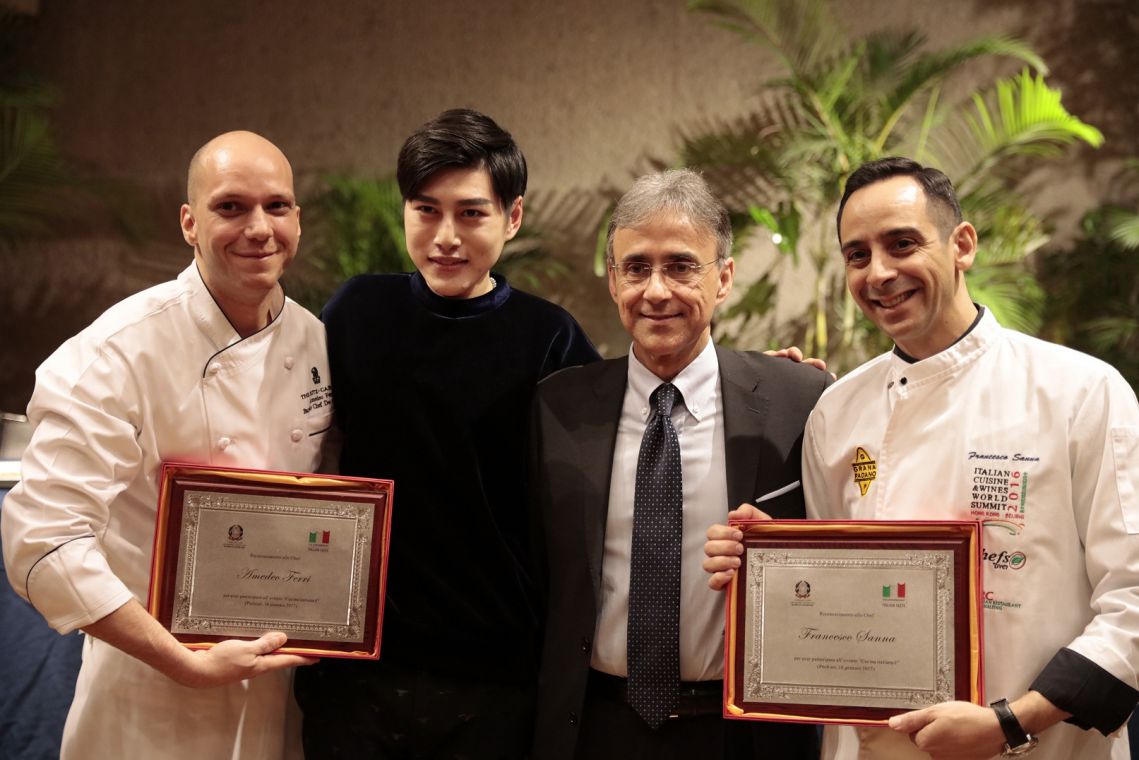