Madama Butterfly by Giacomo Puccini, drawn from Pier Luigi Pizzi’s 2009 performance at the Sferisterio in Macerata, will now be staged at the Croatian National Theatre in Zagreb on Wednesday, 5 October and on Friday 7 October 2016 to celebrate the 20th anniversary of the Treaty between the Italian and Croatian Republics on the Right of Minorities (“Trattato tra la Repubblica Italiana e la Repubblica di Croazia sui diritti delle Minoranze”).

The performance, a co-production between the Croatian National Theatre and the Macerata Opera Festival, is staged with the support of the Ministry of Foreign Affairs and International Cooperation, the Italian Embassy and the Italian Cultural Institute in Zagreb, the Università Popolare in Trieste and Unione Italiana.

The Sferisterio of Macerata will give a high-end representation of Italian culture in Croatia. The quality of the opera repertory, performed according to contemporary canons, is certified by the high artistic quality of the annual Macerata Opera Festival and by the city’s organisational skills, also beyond its regional borders. In fact this same performance was staged last autumn at the festivals of Ascoli Ascoli, Fano and of Fermo, for the ‘Rete Lirica delle Marche’. This new production brings back on stage the cast of Italian artists of Madama Butterfly by Pier Luigi Pizzi, one of the most widely known theatre celebrities and the designer of settings and costumes, and is an important expression of the identity of the Italian culture and language, projected as a universal value through the Opera.

The setting: reproduces Japan’s soul-searching and delicate poetic memory through the nostalgia of the 1920s, when the young woman is transformed from “clad all in lily-white raiment” to being a determined, self-confident woman moving against mainstream traditions. The transformation becomes complete during the last act, when her suicide becomes the portrayal of the force and personality of a woman who goes through with her convictions.

The cast: the leading role is played by soprano Donata D’Annunzio Lombardi, at present one the principal voices for this repertory and particularly appreciated for her singing and acting in Puccini-designed female roles.  Massimiliano Pisapia is Pinkerton, Giuseppe Altomare is Sharpless and Annunziata Vestri is Suzu. 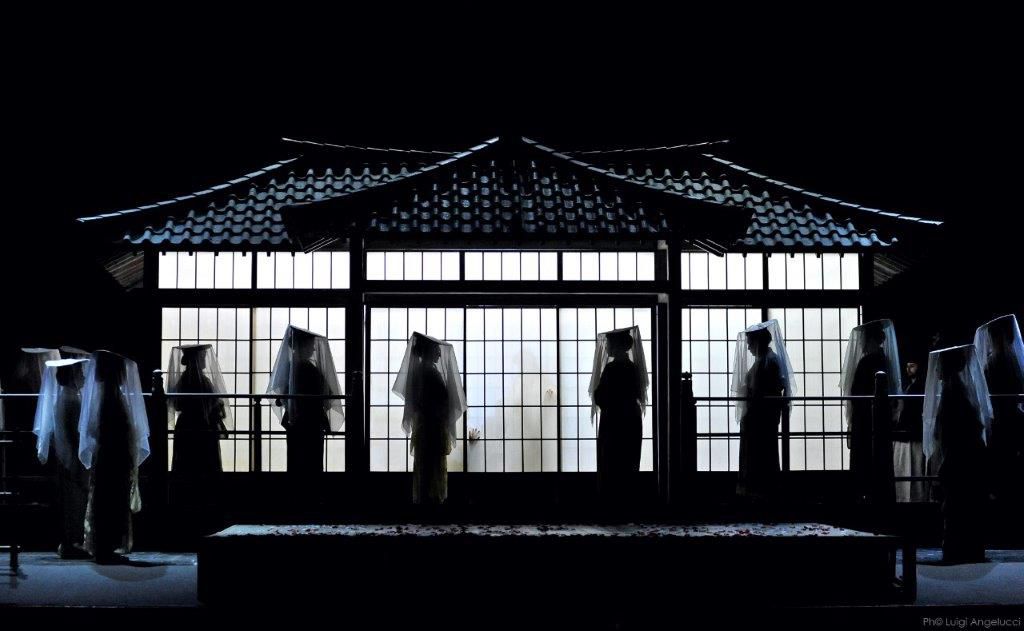