Maeci
Italian body language is on stage in Copenhagen with Luca Vullo's performance "Comunicare senza parole" [Communicating without Words]. The event is being hosted in the Italian Cultural Institute in the capital of Denmark. It all began after the shooting of the docufilm "La voce del corpo" [The body voice]. Luca Vullo has been collaborating with the National Theatre in England with Pirandello's "Liola", under the direction of Richard Eyre. He then became a consultant for the BBC2 programme "See Here". He started his tour of lessons and workshops on Italian body language in several universities and Italian Cultural Institutes in Europe, Australia and the United States as the Italian Body Language Expert.
He uses body language as a way to become acquainted with Italian gestures and facial expressions, which are part and parcel of the learning process of the Italian language and culture. The performance highlights the encounter with other cultures, which is essential to discover the essence of the Italian identity. It also examines how other cultures see us and how we communicate our emotions and thoughts.
Luca Vullo, the "ambassador of Italian body language" across the world, tells us in an amusing way anectodes and secret stories of this extraordinary ability of the Italian people, while comparing it with other cultures. 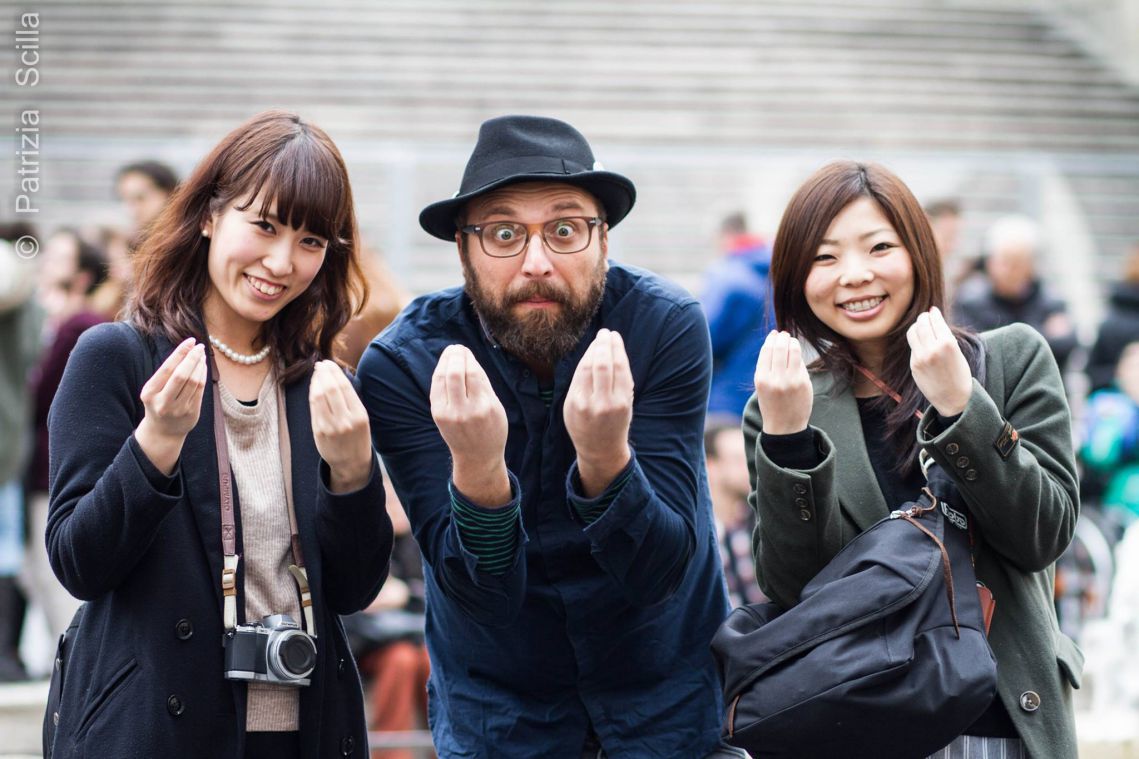