Exactly 90 years ago, Tommaso Buzzi and Gio' Ponti won a competition promoted by the "Popolo d'Italia" magazine for the design of pieces of furniture for an Italian embassy abroad. On October 31, the Italian Cultural Institute in Amsterdam organised an exhibition titled "Disegni d'autore", which runs till Nov. 17, to pay tribute to the two Italian artists. They were later to become a point of reference for Italian art and architecture. Ambassador Andrea Perugini attended the opening of the event, which took place concomitantly with the 16th Week of the Italian Language in the World, whose theme was "L'italiano e la creativita”: marchi e costumi, moda e design" ("Italian and Creativity: brands, lifestyles, fashion and design"). The exhibition showcases 25 anastatic copies of pieces of furniture the two Italian artists designed. It consists of a selection of their most important drawings, for which they won the 1926 contest launched by the Popolo d’Italia magazine. The exhibition curator, Giorgio Forni of the Fondazione Sartirana Arte of Pavia, contributed to the preservation of these works. 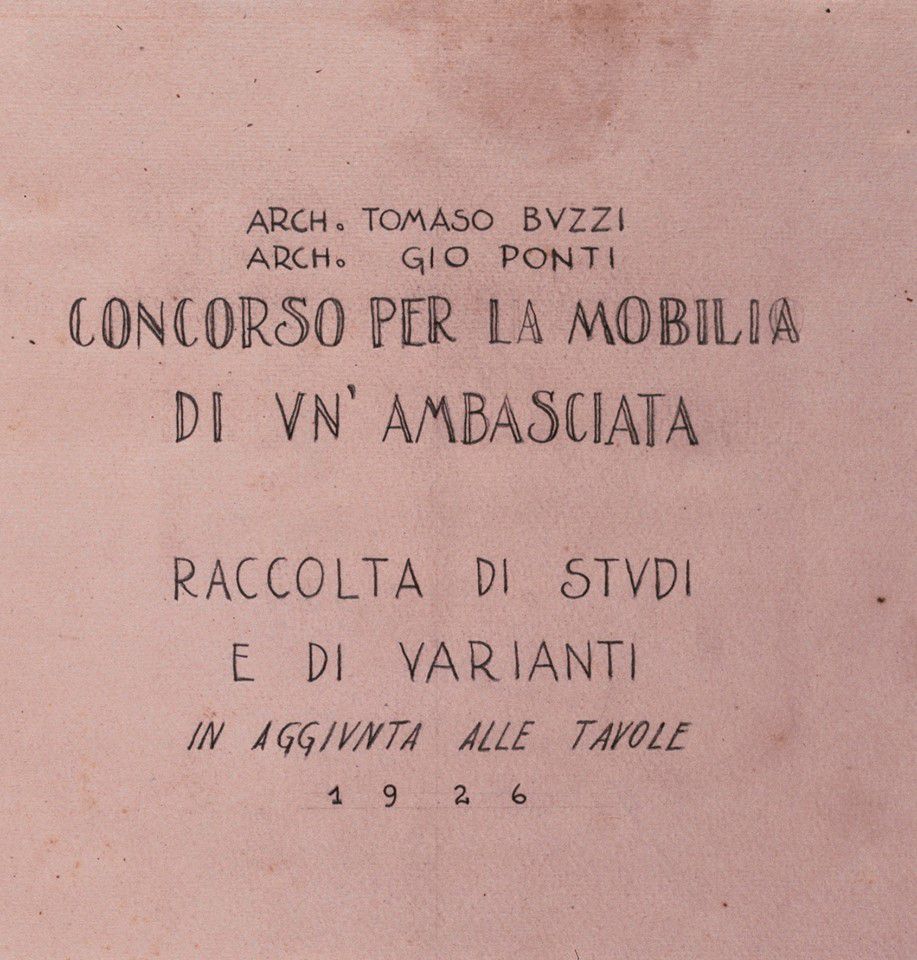 Embassy of Italy in the Netherlands