Dublin - Public reading in Ireland of The Divine Comedy

For the 750th anniversary of Dante’s birth, Ireland will be hosting a public reading, in instalments, of the Divine Comedy. It begins tomorrow at the National Gallery of Ireland with a reading of 34 cantos from the Inferno. President of the Republic Michael D. Higgins will be the first of 100 readers who will alternate over the three days dedicated to the event, followed by Italian ambassador Giovanni Adorni Braccesi. Other readers will include writers John Banville and Catherine Dunne, Italian actor and writer Moni Ovadia, Higgins’ wife Sabina Coyne Higgins, along with various members of the civil society and Irish cultural spheres, such as director of the National Gallery Sean Rainbird and director of the National Library of Ireland Sandra Collins.

750th anniversary of the poet’s birth

Members of the Italian community in Ireland will also be reading, and these include director of Mediolanum Irlanda Furio Pietrobasi, members of Comites, students and former students of the Italian Cultural Institute and the universities, along with professors of Italian studies departments. The event will move to Cork on 4 December with a reading of Purgatory, while Paradise will be presented in the Chapel of Trinity College. Dante’s original text, along with various English language versions chosen for the occasion, will be projected on a large scree during the readings, which will be given mainly in Italian but also in many other languages such as Irish, German, Spanish, French, Finnish and Russian. The event has been organised by the Italian Cultural Institute of Dublin, the Friends of the National Gallery of Ireland, Trinity College Dublin, University College Cork and University College Dublin. 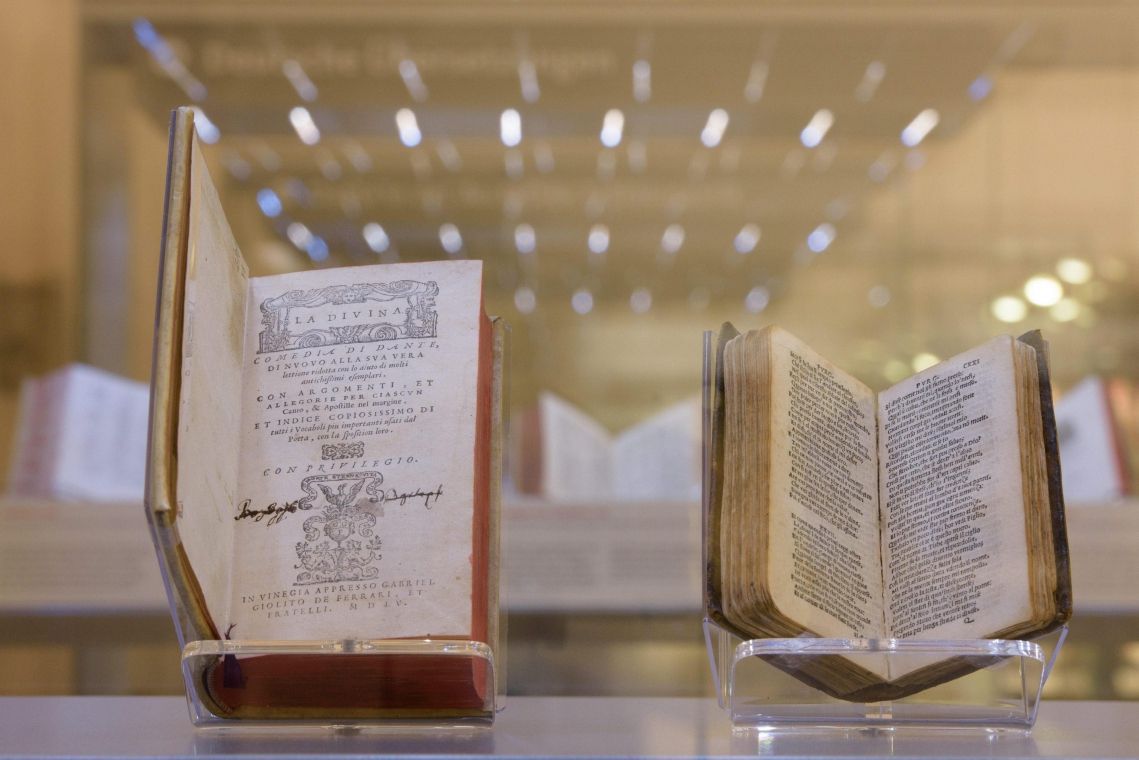