The Ministry of Foreign Affairs and International Cooperation will run a new edition of “Farnesina Open Doors” from 17 to 22 December, whereby the general public have a chance to tour the palace and learn about its history and what happens there.

For many years now “Farnesina Open Doors” has been a means by which the foreign ministry promotes its heritage in Italy and abroad. An opportunity for a direct dialogue with citizens within which to illustrate its institutional activities through the building’s history, its art collections and historical archives and library.

The main theme of this edition is the celebration of the UN’s 70th anniversary and of Italy’s 60 years as a member. An historical exhibition documents Italy’s years in the United Nations, from early negotiations for admission up to the present day.

As in previous editions, visitors will be invited to tour the most ceremonial areas of the ministry and to view the Farnesina Contemporary Art Collection.

Visitors will have the choice of the:

1) The historical tour includes the documentary exhibition “Italy with the UN: 1945-2015”, dedicated to the 70th anniversary of the UN and Italy’s 60 years as a member.

Through photographs and other images, original documents from the Diplomatic Historical Archives and books from the MFAIC Library, the exhibition explores Italy’s role in the UN from the organisation’s birth to the present day. In the immediate aftermath of the Second World War, as Italy sought to recoup its role in the international community, admission to the United Nations was an obligatory step. In the years that followed, the UN became one of the most important settings for Italian foreign policy.

Visitors will have a chance to view telegrams, letters, work documents and official speeches by men such as De Gasperi, Sforza, Fanfani, Moro and others from political and diplomatic spheres who had a hand in building Italy’s international relations in pursuit of the objectives of security, peace, human rights and development.

The documentation displayed bears witness to the country’s commitment to multilateralism and adhesion to the UN principles, and is proof of Italy’s contribution to the defence of human rights, East-West dialogue in the Cold War years and North-South cooperation.

Visitors will also have a chance to see a photographic exhibition set up by the Italian Cooperation to illustrate its many projects in developing countries. Black and white photos from the Magnum Agency tell the story of Italian best practices, some of were rewarded during EXPO, in ensuring food security and promoting sustainable agricultural development in Guatemala, Kenya, Ethiopia and Senegal.

The tour will also include a visit to the ministry’s Crisis Unit.

2) The artistic tour focuses on the history of the Farnesina Palace and its collection of contemporary Italian art.

Visitors will discover one of the most fascinating examples of 20th century Italian architecture, built on the designs of Enrico Del Debbio, Arnaldo Foschini and Vittorio Ballio Morpurgo, and that has housed the foreign ministry since 1959.

The tour will move through the various spaces that display the works of the Farnesina Collection, which includes the works of some of the most representative Italian artists of the 20th century such as Carla Accardi, Alberto Burri, Piero Dorazio, Gastone Novelli, Michelangelo Pistoletto, Emilio Vedova and Gilberto Zorio

Visitors will also have a chance to tour the fourth floor of the Palace, where latest additions are displayed (Alterazioni Video, Flavio Favelli, Gianluca Malgeri, Domenico Antonio Mancini, Pietro Ruffo) along with a selection of reproductions of drawings from the archives of Enrico Del Debbio documenting crucial moments in the building’s construction history.

How to take part

Tours must be book in advance. Just click on the tour you wish to take part in:

Priority will be given to visitors who have booked, others will be allowed access on the basis of space availability.

There is no wardrobe facility for storage of helmets, trolleys and other large bags.
All visitors will be given a badge that must be surrendered upon leaving.

How to get here 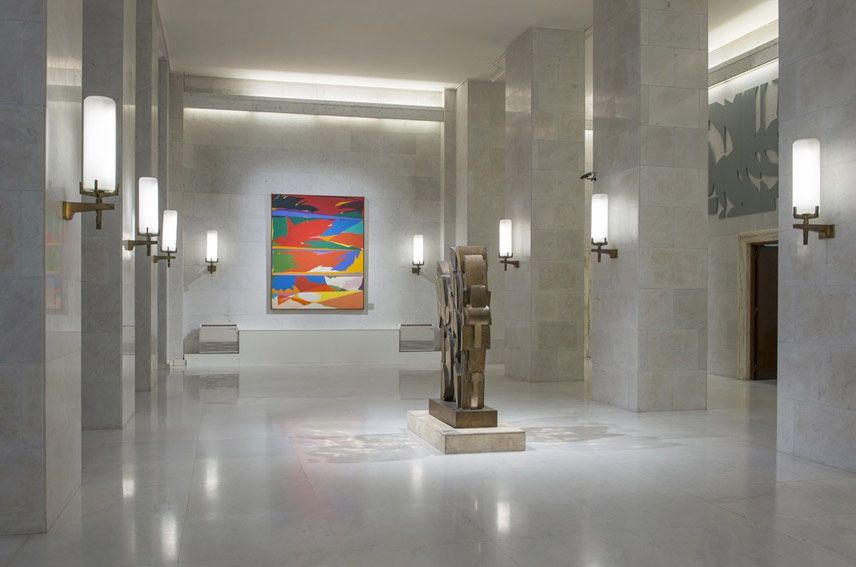 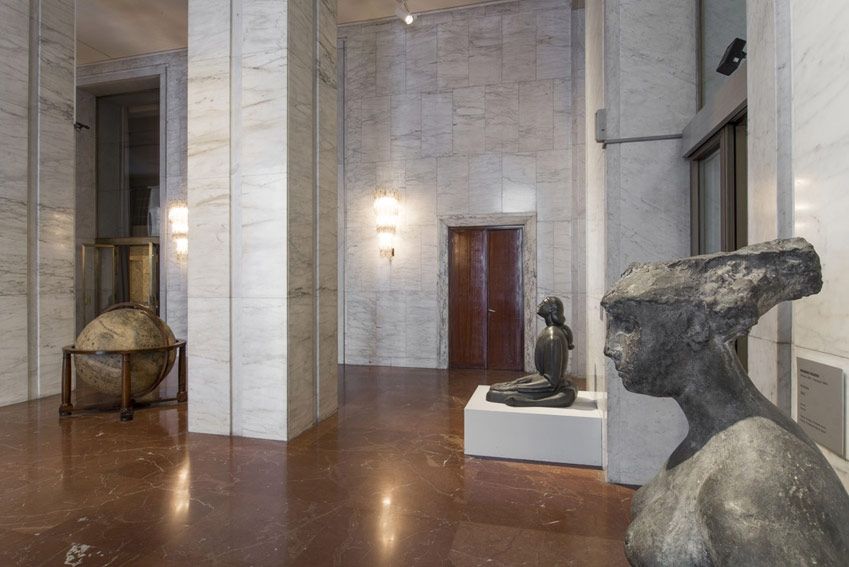 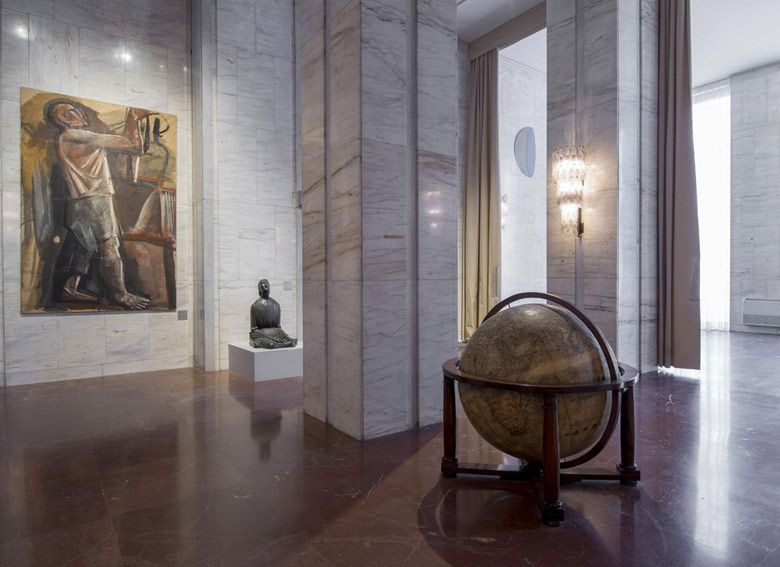 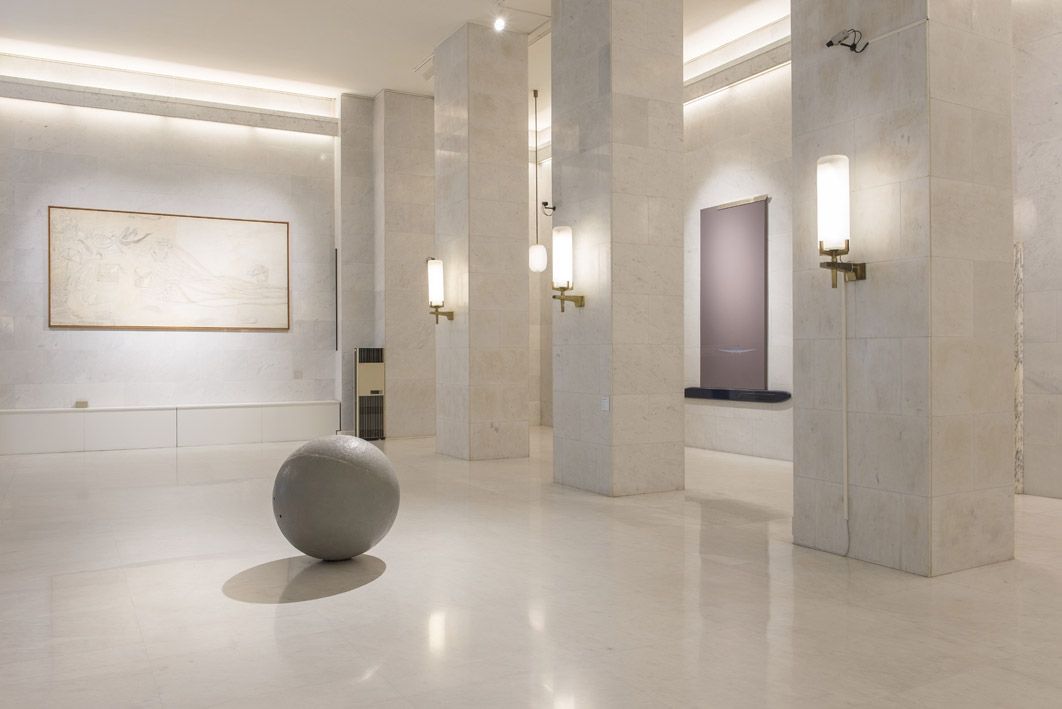