The Ministry of Foreign Affairs and International Cooperation proposes a new edition of “Farnesina Open Doors”, the event opening the building to the general public.

Over the recent years, “Farnesina Open Doors” has turned into the event that renews the Ministry’s commitment to promote its assets in Italy and abroad: an opportunity to have an open dialogue with the citizens, illustrating the transparency of its institutional activities, to tell the story of the building, and to show its collections and its historic archives and library, thus transforming a public building into a common good.

Throughout the “Farnesina Open Doors” event, Michelangelo Pistoletto’s impressive work “Love Difference – Mar Mediterraneo” will be set up at the centre of the International Conference Hall: a Mediterranean-shaped reflecting table surrounded by the mirrored chairs from different Countries reflects the theme of transnationalism, cultural diversity and integration.

The “Open for You” initiative of the Italian Touring Club

After signing an ad hoc agreement, the Ministry of Foreign Affairs and International Cooperation (MAECI) participates in the Italian Touring Club’s “Open for You” project. The project, launched in 2005, was joined by the Quirinale Palaces several years ago. Through the cooperation with the Italian Touring Club (TCI) and thanks to the help of their volunteer workers, the Foreign Ministry will offer guided tours of its building every month.

The building that hosts the Ministry of Foreign Affairs and International Cooperation was designed in the 1930s by architects Enrico Del Debbio, Arnaldo Foschini and Vittorio Ballio Morpurgo, and owes its name to the “Farnesina”, the historic estates that the Farnese family owned in the area.

Originally designated to become the Palazzo del Littorio, after the construction of the building was suspended at the outbreak of World War II, Enrico Del Debbio managed the project to adapt it to its new use, for which he engaged numerous artists (Pietro Cascella, Amerigo Tot, and Francesco Coccia among others) who collaborated in redesigning the layout. Then, through two national competitions published on the Official Journal in 1965 and 1968, the Farnesina Palace was enriched with the work of other artists of the calibre of Carla Accardi, Toti Scialoja, Gastone Novelli and Piero Dorazio.

The Farnesina Collection, the Ministry’s collection of contemporary art, was established in 2000. It contains artwork of particular relevance for the Italian Art History of the “Novecento”, which is currently displayed on the first, second and fourth floors of the building but which will involve the whole building in the future.

In particular, the gallery on the bel étage is devoted to the artwork of the most representative periods of the Italian Novecento, spanning from Mario Sironi to Alberto Burri, the artists of the Gruppo Forma and to Jannis Kounellis.

Finally, the fourth floor gallery displays an exhibition on the construction of the Farnesina – with a large selection of replicas of Enrico Del Debbio’s drawings and some of the works contracted out by public tender in the 1960s – and the exhibition "Sistema", with its recently published catalogue, which contains a selection of Italian contemporary art from the last two decades, with a special focus on the latest generations of artists.

The "Italia Mediterranea" exhibition curated by the Historic Diplomatic Archive

After World War II, the new Italian Republic succeeded in the challenging task of conciliating its role as member of the Atlantic Alliance with a policy focused on the sensitivities of the Arab world, assuming the role of interlocutor of the Countries on the Eastern and Southern shores of the Mediterranean within the framework of a new foreign policy, free of the weight of colonialism and of the heritage of imperialism. The “diplomacy of friendship” strategy was then launched, opening a dialogue and debate with all the Countries bordering on the Mediterranean, which still now characterises Italy’s Mediterranean policy and whose specific aspects are illustrated in a selection of documents kept at the Historic Diplomatic Archive and in film footage drawn from the collection of the Istituto Luce and the Videotheque of Rai, the public broadcasting network.

The Crisis Unit of the Ministry of Foreign Affairs and International Cooperation is in charge of protecting Italian citizens and interests in areas of the world that are particularly at risk. It uses instruments like monitoring the presence of Italians abroad, carries out risk assessment analyses and risk prevention and provides information on every Country, designs and tests measures to assure the safety of Italian citizens, manages emergencies and performs operational interventions.

Through a Situation Room operating 24 hours a day, the Crisis Unit receives requests of assistance from Italian citizens involved in emergency situations. The direct contact with Italian citizens is provided through two dedicated websites: 1) www.viaggiaresicuri.it, which offers travel information on the socio-political situation of selected destinations; 2) www.dovesiamonelmondo.it, which enables Italians travelling abroad to indicate their travel plans with a view to facilitating rescue operations in case of the occurrence of serious emergencies.

The Conference: “Humanitarian corridors. The role of civil society in managing the migration phenomenon”

The Conference presents an innovative public-private cooperation project – organised at the initiative of the Comunità di Sant’Egidio, the Tavola Valdese (Waldensian Board) and the Evangelical Churches in cooperation with the Ministry of Foreign Affairs and the Ministry of the Interior – which has organised the arrival to Italy of migrants in particularly vulnerable conditions.

Visitors can book a guided tour of the Farnesina Palace on Tuesday, 29 November, and Wednesday, 30 November through this link, where they can choose one of the itineraries according to the tour schedules available:

b) Bel Étage, exhibition on the construction of the Farnesina Palace and Sistema Exhibition

b) Bel Étage, exhibition on the construction of the Farnesina Palace and Sistema Exhibition

We remind visitors that there is no wardrobe service and that it is not possible to carry in motorcycle helmets, trolleys or other large-sized bags. Visitors are also kindly requested to carry the ID document used for the booking and to arrive 15 minutes early for routine security checks.

How to get there 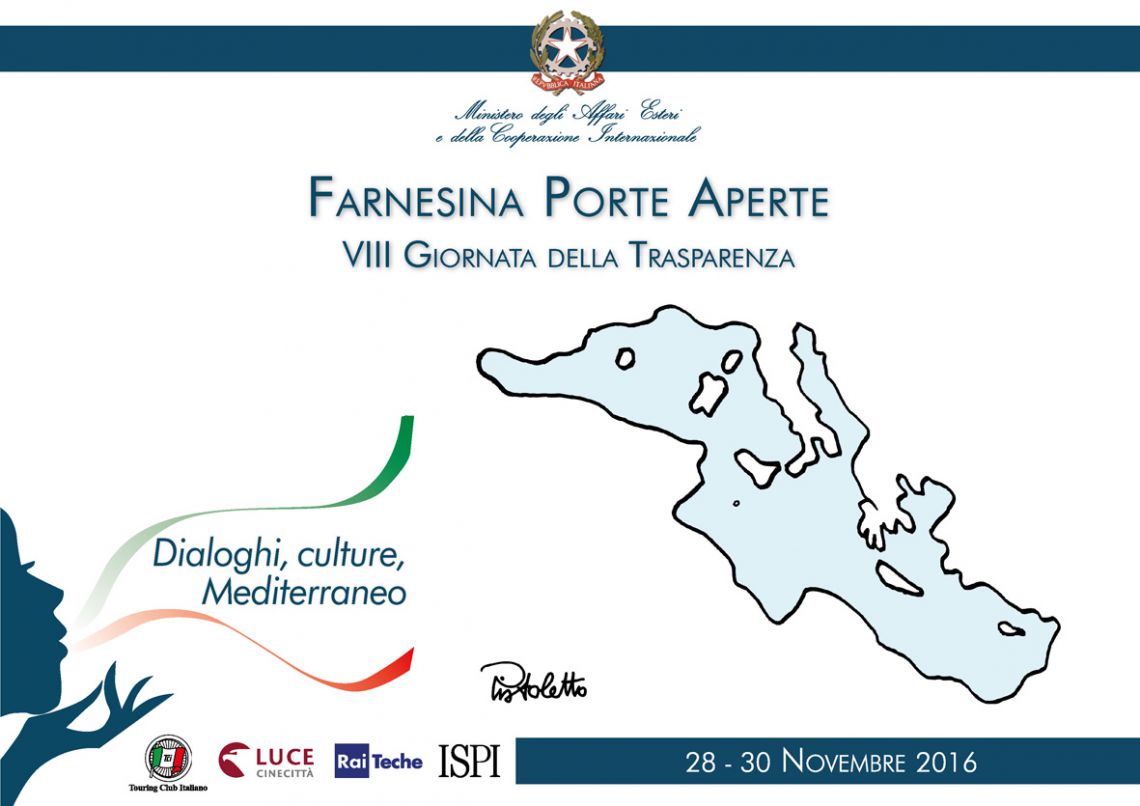 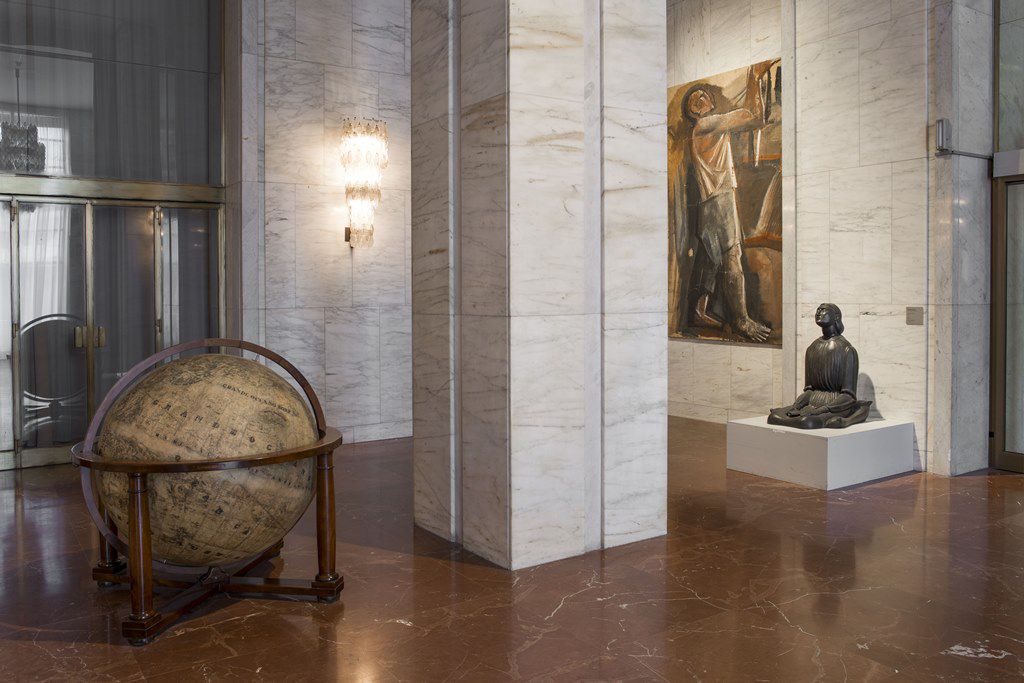 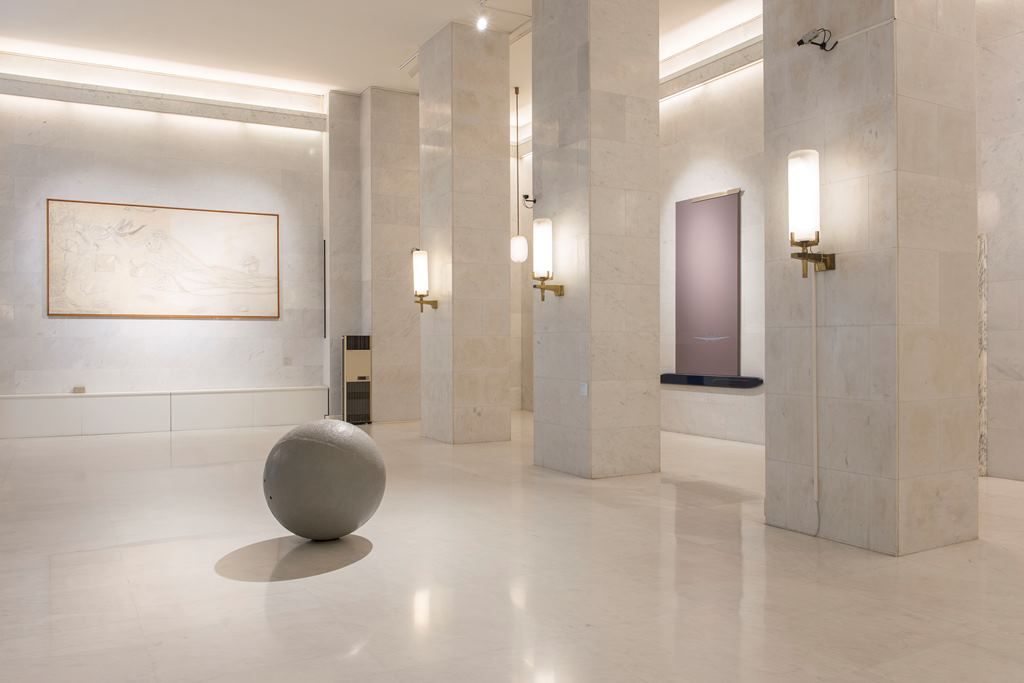