The Italian Embassy in Moscow hosted a preview on Tuesday of Salome with the Head of John the Baptist, one of the most iconic masterpieces of the exhibition "Venezia del Rinascimento. Tiziano, Tintoretto, Veronese", opening on June 8 and running until August 25 at the Pushkin State Museum of Fine Arts. The painting comes from the private collection of the Doria Pamphili Gallery and seldom leaves the country. Painted when Titian was still young at the beginning of the 16th century, Salome with the Head of John the Baptist is one of Titian's most important works and was therefore chosen as the symbol of the Pushkin exhibition.

It is no coincidence that the exhibition, which includes 23 works from Italian and Russian collections and was organised by Mondo Mostre, received the support of the Italian Embassy in Moscow. Since 2011, when the Year of the Language and Culture was cross-celebrated in the two countries, there has been a growing appetite for the masterpieces of Italian painting. Exhibitions of works by Titian, Piero della Francesca, Caravaggio, Raphael and others that have been held in the past several years are considered to be among the best not only in Russia but in Europe. "This summer, Moscow will host several exhibitions of great Italian painters which could be looked at with envy by Italians," said Ambassador Cesare Maria Ravaglini. "Along with exhibitions of works by Giorgio de Chirico and Giorgio Morandi, the Venetian Renaissance exhibit will increasingly turn the Moscow summer into an Italian summer." The event hosted at the Italian Embassy was also attended by the Director of the Pushkin Museum, Marina Loshak, and the Russian curator of the exhibition, Viktoria Markova, as well as the Italian curator, Thomas Dalla Costa. 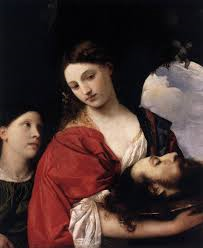