Minister Gentiloni took part today in the General Assembly and Annual Conference of the Euro-Mediterranean Study Commission (EuroMeSCo) organised in Milan in collaboration with ISPI and the IEMed of Barcelona.

Established in 1996 within the framework of the Barcelona Process, the EuroMeSCo unites the major policy and security study centres in the Euro-Mediterranean area. The focus of this year’s meeting, entitled “Reviewing the Euro-Mediterranean Relations”, is the dynamic underlying the successes and failures in Euro-Mediterranean relations over the past 20 years, analysing future prospects and identifying policies and instruments the EU might adopt in order to respond effectively to the new challenges facing the region.

Minister Gentiloni confirmed the Mediterranean’s central importance for Italy and our strategic interest in the region’s stability and prosperity, underscoring the central role that Italy has played in placing a common Mediterranean strategy at the core of the European agenda. Italy believes in the important contribution that Euro-Mediterranean dialogue formats, the UfM among them, can make to greater collaboration between the two shores of the Mediterranean.

The EurMeSCo work sessions will continue on 9 October. Conclusions will include an intervention by Secretary General of the Union for the Mediterranean (UfM) Sijilmassi. 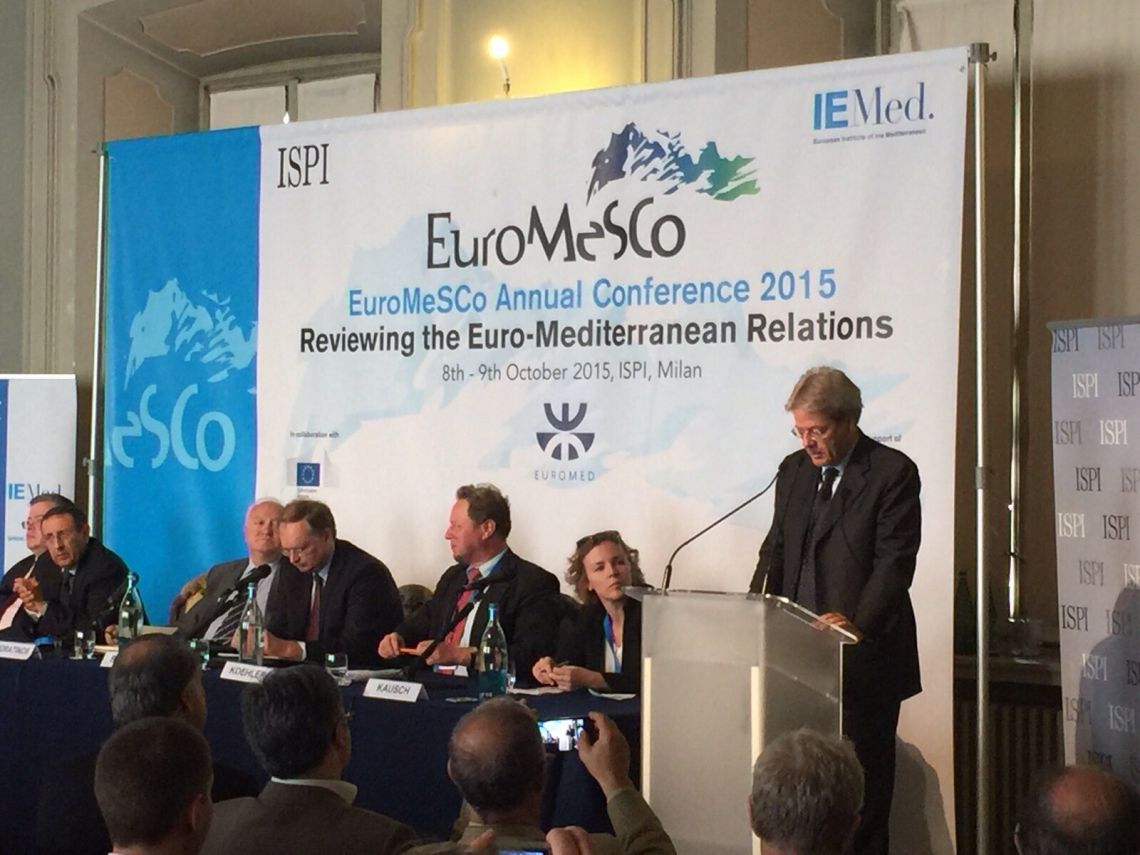