The Minister of Foreign Affairs and International Cooperation, Luigi Di Maio, participated today by videoconference in a meeting of the International Support Group (ISG) for Lebanon organized in the margins of the UN General Assembly (UNGA). The meeting was co-chaired by UN Secretary-General Antonio Guterres, and the French Minister of Foreign Affairs, Jean-Yves Le Drian.

The discussion among Ministers, also attended by the resigning Lebanese Prime Minister Hassan Diab, focused on the political, economic, and humanitarian situation in Lebanon in the aftermath of the explosion in the port of Beirut on August 4. It ended with the adoption of a joint statement.

Minister Di Maio reiterated the traditional support for the Lebanese institutions and people. He stressed once again the urgency of the formation of a new government capable of adopting the structural reforms necessary to relaunch the country. Di Maio also confirmed that Italy would continue to provide all the required assistance to the Lebanese people to meet the humanitarian needs of the most vulnerable in the emergency and post-emergency phase. 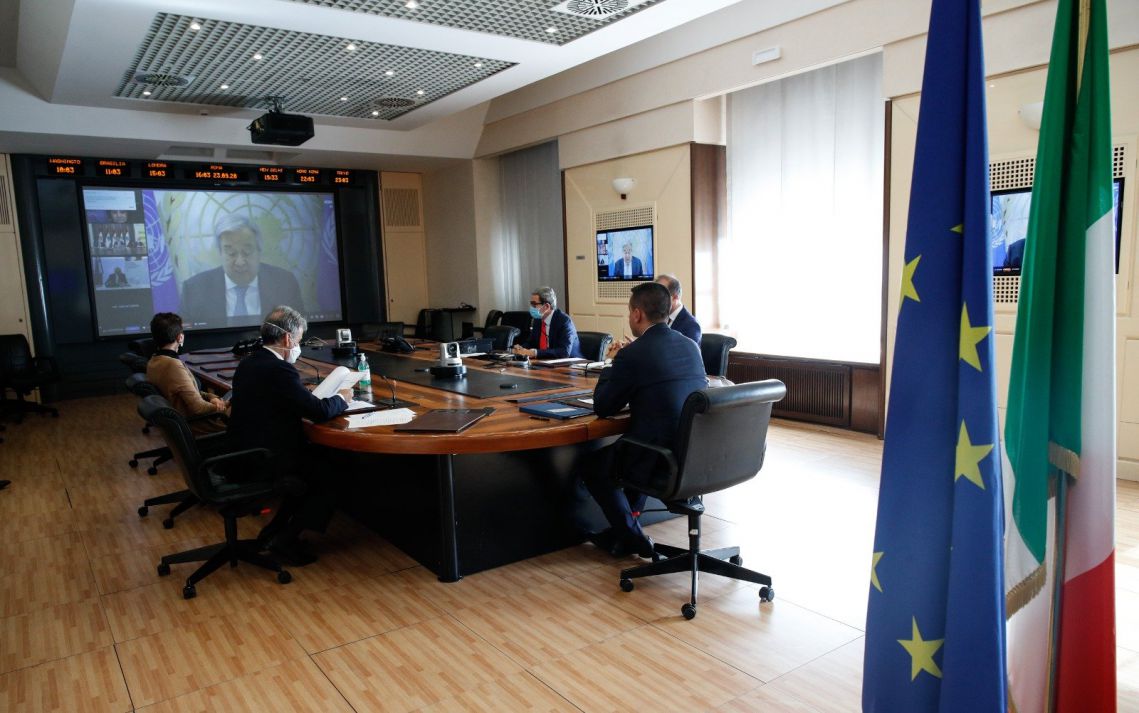