The Foreign Ministers of the G7 countries have renewed the push for nuclear disarmament and have condemned "in the strongest terms"  North Korea's tests on nuclear weapons and long-range missiles. Italy's Foreign Minister Paolo Gentiloni underlined that North Korea's nuclear weapons are a cause of concern for East Asian countries and the G7. He emphasized that from a political standpoint "China plays a major role" in joining the other countries in condemning Pyongyang's nuclear tests. "A determined commitment is the most important action to be taken by the Chinese government, in developing a less irresponsible attitude by Pyongyang," added Minister Gentiloni.
The final declaration of the Ministerial meeting condemned the terror attacks in Turkey, Belgium, Nigeria, the Ivory Coast and Pakistan, and expressed the commitment to adopt a plan of action at the G7 Ise-Shima Summit to be held in May. The document also shared fears linked to the scenarios in the East and South China Seas.
Foreign Minister Gentiloni introduced the session on the refugee issue. Besides the issues on disarmament and non-proliferation, the Ministerial Meeting agenda also included topics for debate on Syria, Iraq and Afghanistan, the peace process in the Middle East and Libya, as well as Ukraine, Africa and cybersecurity.The Foreign Ministers and the EU High Representative Federica Mogherini visited the Hiroshima Peace Memorial Park, a tribute to the memory of the victims of the atomic bomb. 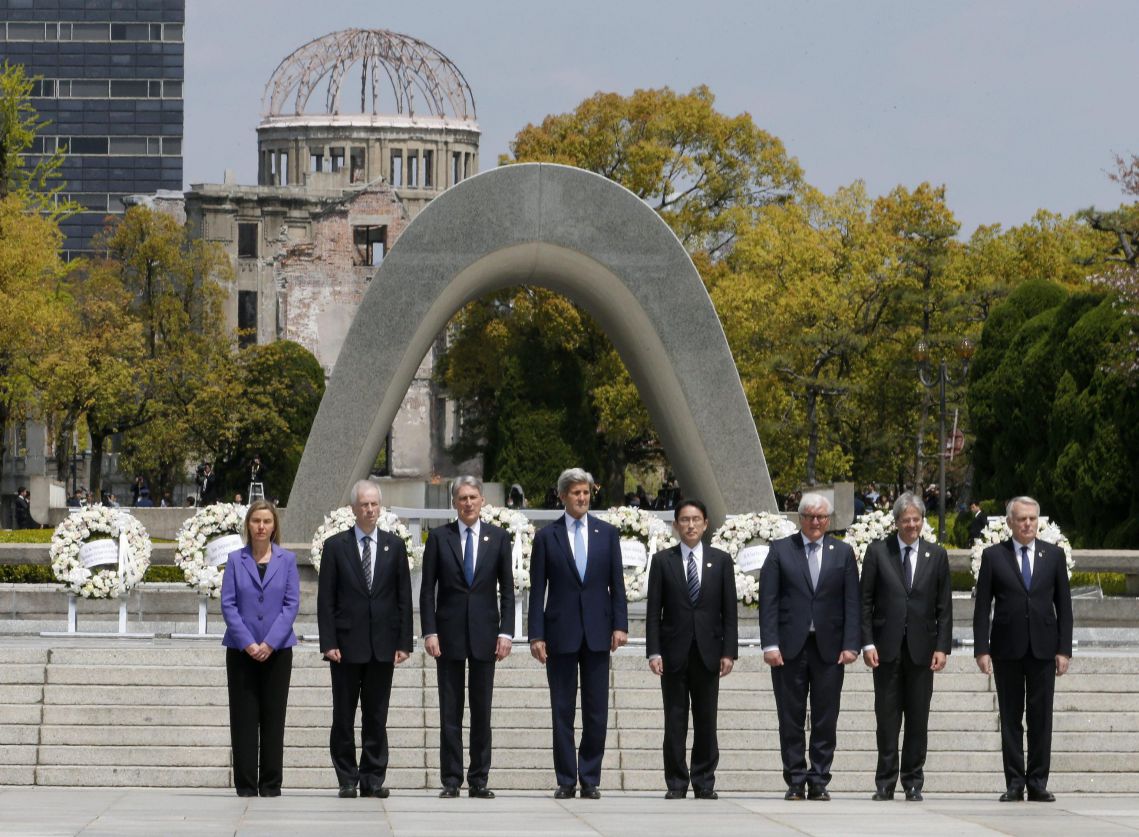