"Ever closer Union": the exhibition hosted at the OECD in Paris

The Italian Permanent Representative to the International Organisations in Paris, Alessandro Busacca, opened the exhibition “Ever closer Union” set up at the OECD, where it will be hosted until March 29. During the opening ceremony, the inaugural address was delivered by OECD Deputy Secretary General, Douglas Frantz, on behalf of Secretary General Gurria. He was followed by EU Representative Rupert Schlegelmilch. The event was attended by over 100 senior officials, including heads of diplomatic missions and OECD top executives, who commended the initiative. 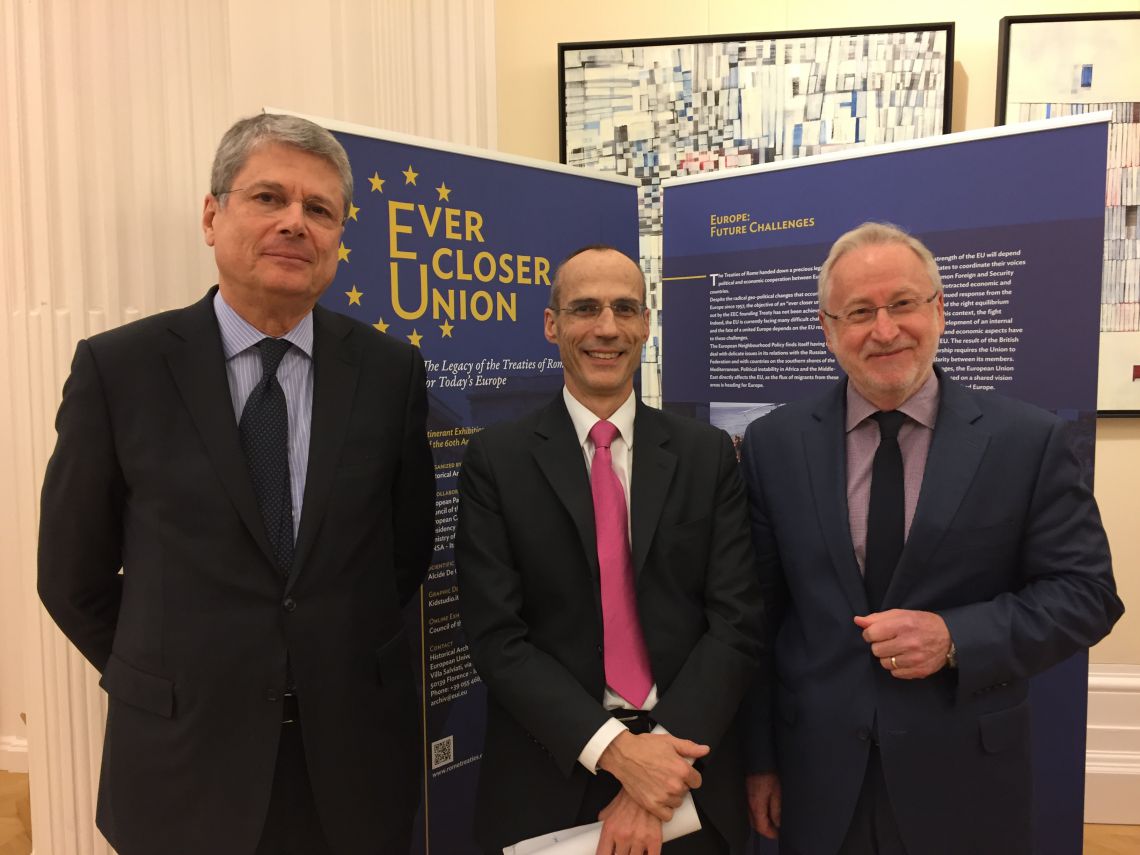