Italy-Jordan. Alfano meets his counterpart: "The security of Jordan is a priority for the stability of the Middle East."

The Minister of Foreign Affairs and International Cooperation, Angelino Alfano, met today with his Jordanian counterpart, Ayman Al Safadi, at the Farnesina on the sidelines of the Ministerial Meeting on supporting the  Lebanese Security Forces.

"The Security of Jordan is a priority issue for the stability of the Middle East. In a situation where neighbouring countries are experiencing serious crises, Italy concretely supports the resilience of the Hashemite Kingdom, its institutions and its economic system. We stand by your side in countering terrorism: the time has come to study new forms of cooperation in this field. For instance, a more effective mechanism to exchange information, through initiatives designed to promote de-radicalization processes and to counter the narrative of extremists," said Alfano to his colleague.

"We express our appreciation for the Jordanian leadership in the organisation of the Extraordinary Ministerial Meeting in support of the UNRWA (United Nations Relief and Works Agency for Palestine Refugees in the Near East), which I attended this morning," the minister pointed out. "Being a long-time supporter of UNRWA, Italy acknowledges the extreme importance of the Agency's mandate. We have enhanced our support to the Agency and hope that the rest of the international community will do the same," Alfano concluded. 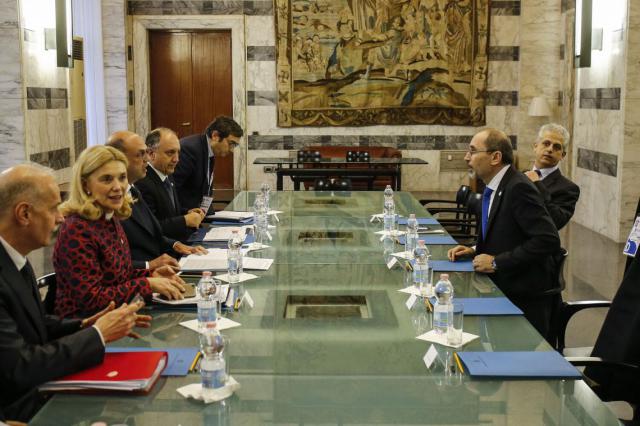