Meeting of Minister Di Maio with the Minister of Industry and Commerce of the Russian Federation, Denis Manturov

The meeting, which took place a few days after the resumption of the dialogue at ministerial level of the "2+2" Ministry of Foreign Affairs-Defence format (Rome, 18 February 2020), testifying to the intensity of the political dialogue between Italy and the Russian Federation, was a useful opportunity to take stock of the potential and prospects of the bilateral partnership, also in light of the transfer of competences from MiSE to MAECI.

The two Ministers are, in fact, co-Presidents of the Italian-Russian Council for Industrial and Financial Economic Cooperation (CIRCEIF), the institutional forum for the coordination of economic relations between Italy and the Russian Federation which has been meeting since 1996. The CIRCEIF, whose last meeting was held at the Ministry of Foreign Affairs on December 17, 2018, should meet next time in Moscow in the autumn of this year.

Among the various topics reviewed, Minister Di Maio confirmed the Italian acceptance of the invitation to be a "Partner" Country of the International Industry Fair (INNOPROM) scheduled to take place in Ekaterinenburg in July 2020. It is the most important Russian trade fair for the sector of technological innovation applied to industrial production and it is the first time that a European country receives the status of "Partner Country". 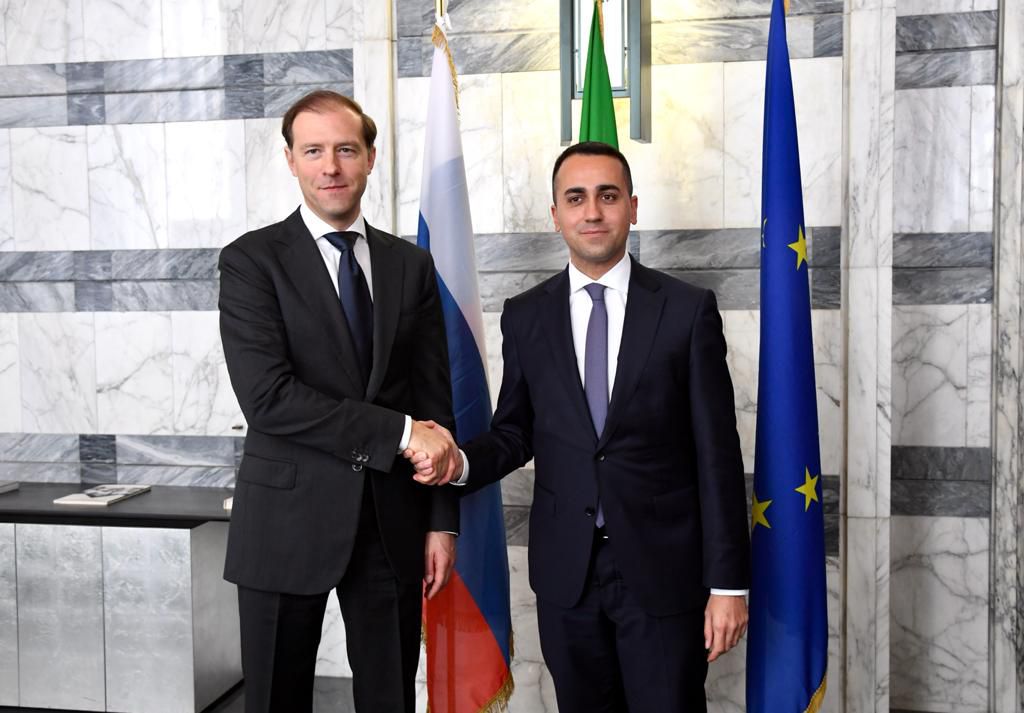 Meeting of Minister Di Maio with the Minister of Industry and Commerce of the Russian Federation, Denis Manturov
38785
Valuta questo sito