Meeting between Minister Di Maio and his counterpart from the Principality of Andorra, Maria Ubach Font

Today the Minister for Foreign Affairs and International Cooperation, Luigi Di Maio, received his counterpart from the Principality of Andorra, Maria Ubach Font, at the Farnesina.

Reviewing the excellent state of relations between the two countries and recalling  the recent 25th anniversary of the establishment of diplomatic relations, Minister di Maio underlined the desire on the Italian side to further expand and deepen collaboration with Andorra, in areas of mutual interest. Minister Di Maio also expressed appreciation for the increase in trade recorded in the first quarter of 2021, which confirms Italy's positioning as the Principality's fourth commercial partner.

On the subject of multilateral cooperation, Di Maio congratulated Andorra for its recent adhesion to the International Monetary Fund and thanked the Principality for its fruitful collaboration on various UN dossiers. Finally, on the negotiation of the Association Agreement with the European Union, Di Maio reiterated the support of the Italian government for the integration of Andorra and other small countries into the internal market, underlining the need to safeguard the integrity and homogeneity of the European legal framework. 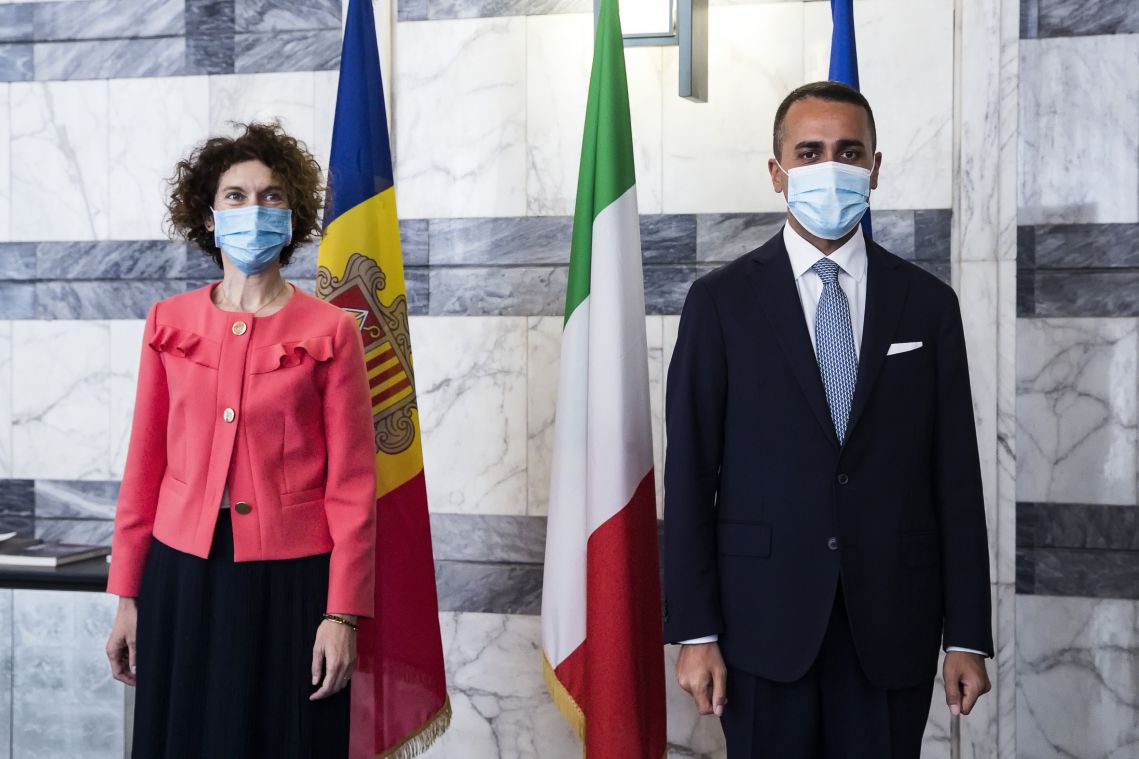