The Minister of Foreign Affairs and International Cooperation, Luigi Di Maio, met the Minister of Foreign Affairs of the Kingdom of Morocco Nasser Bourita. The two Ministers discussed regional issues, in particular Libya and Bouznika's inter-Libyan dialogue, as well as international cooperation. On a bilateral level, the two Ministers reviewed the main areas of cooperation, focusing on economic and trade relations. 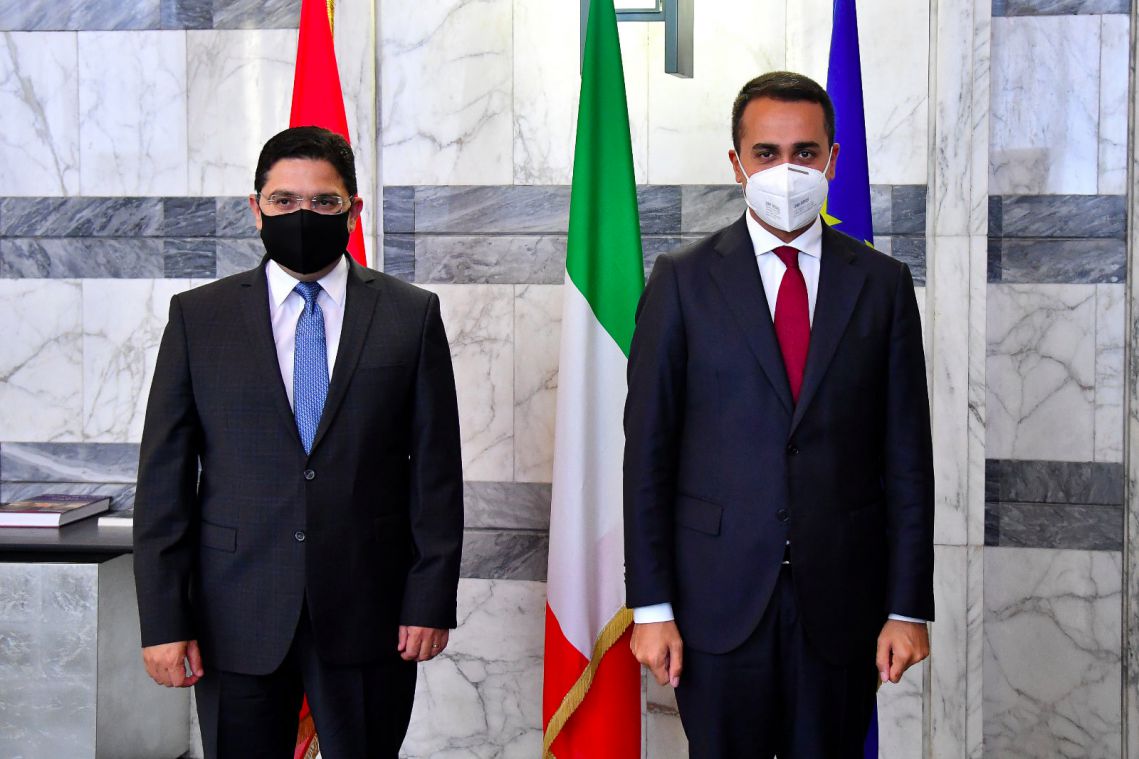 2. The two Ministers reaffirmed not only the quality of the deep bonds of friendship and mutual respect uniting Morocco and Italy, but also the positive dynamic of bilateral relations between the two countries.

3. The Italian Minister congratulated the course set by His Majesty the King, Mohammed VI, in a dynamic of progress and modernity, through the concept of an adapted and renewed development model and the promotion of an advanced renegotiation.

4. The two Ministers welcomed the perspective of the Multidimensional Strategic Partnership between Morocco and Italy and agreed, in this sense, to implement adapted mechanisms of dialogue and cooperation, specifically a Partnership Council at ministerial level and Cooperation Committees on priority issues.

5. On this occasion, the two Ministers agreed on views and diagnoses of different regional and international issues of common interest.

6. The parties emphasised the need to work together at regional and international level to help Libyans to find a lasting political agreement. In this sense, they welcomed the international initiatives conducted in the framework of the United Nations process, in particular the meetings held in Bouznika in Morocco in September and October 2020, which testified to the constructive role played by Morocco in trying to solve this crisis.

7. Regarding the issue of Western Sahara, Italy reaffirms its position as already expressed in the document of the Multidimensional Strategic Partnership signed in Rabat on 1st November 2019.

8. The parties confirmed their commitment to deepen the economic and commercial cooperation between the two countries, a tool of growth for welfare and friendly relations between the two states. In this sense, they confirmed their intention to organise a business forum as soon as possible, in order to facilitate contacts and agreements between companies and economic institutions in the two countries.

10. The two Ministers welcomed Italy's support to the process of implementation of the advanced status that Morocco has in its relations with the European Union together with the monitoring of the Morocco-EU action plan. They agreed to continue to work to strengthen the privileged partnership between Morocco and the EU within the framework of an ambitious strategic vision.

11. The two Ministers reaffirmed the opportunity for the agreements signed concerning legal cooperation and readmission of persons in irregular situations to enter into force soon, aware of the importance of these instruments for a wider and more effective bilateral cooperation in the field of justice and security. They appreciated, in this sense, the conclusion of the Convention on Mutual Assistance in Criminal Justice, whose signature will come soon.

12. The two ministers agreed on the strategic importance of Africa and reiterate their respective commitment to sustainable and multidimensional development. 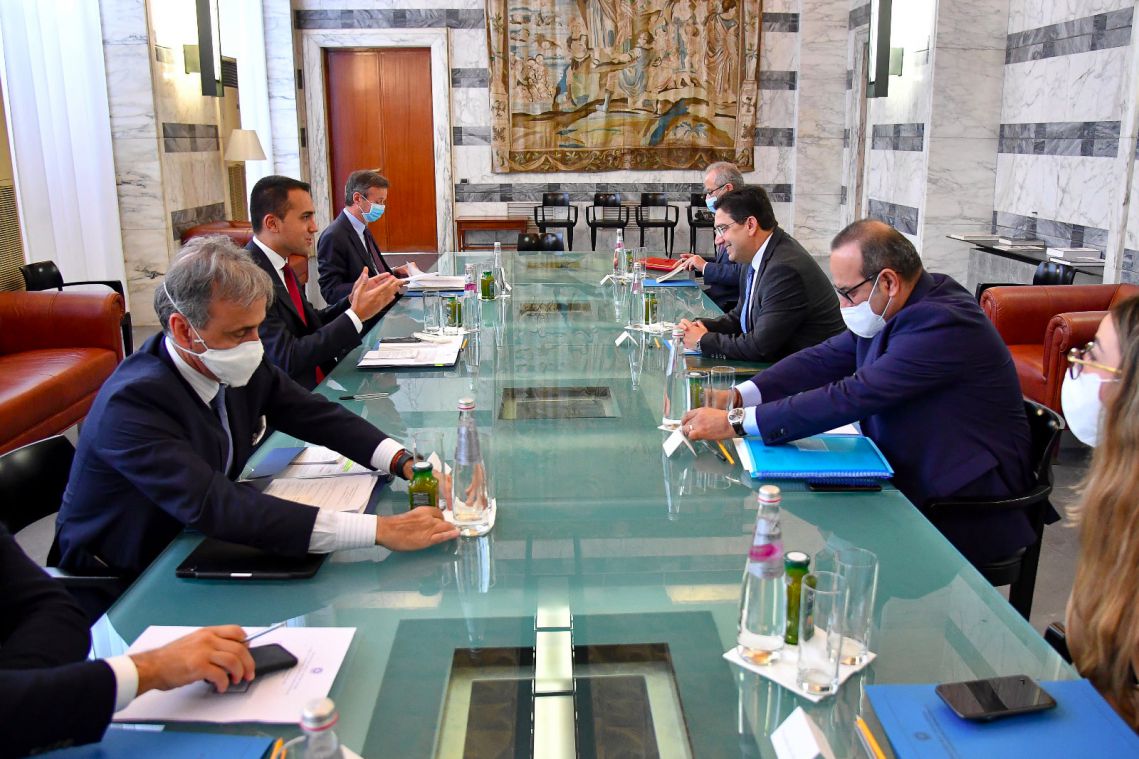 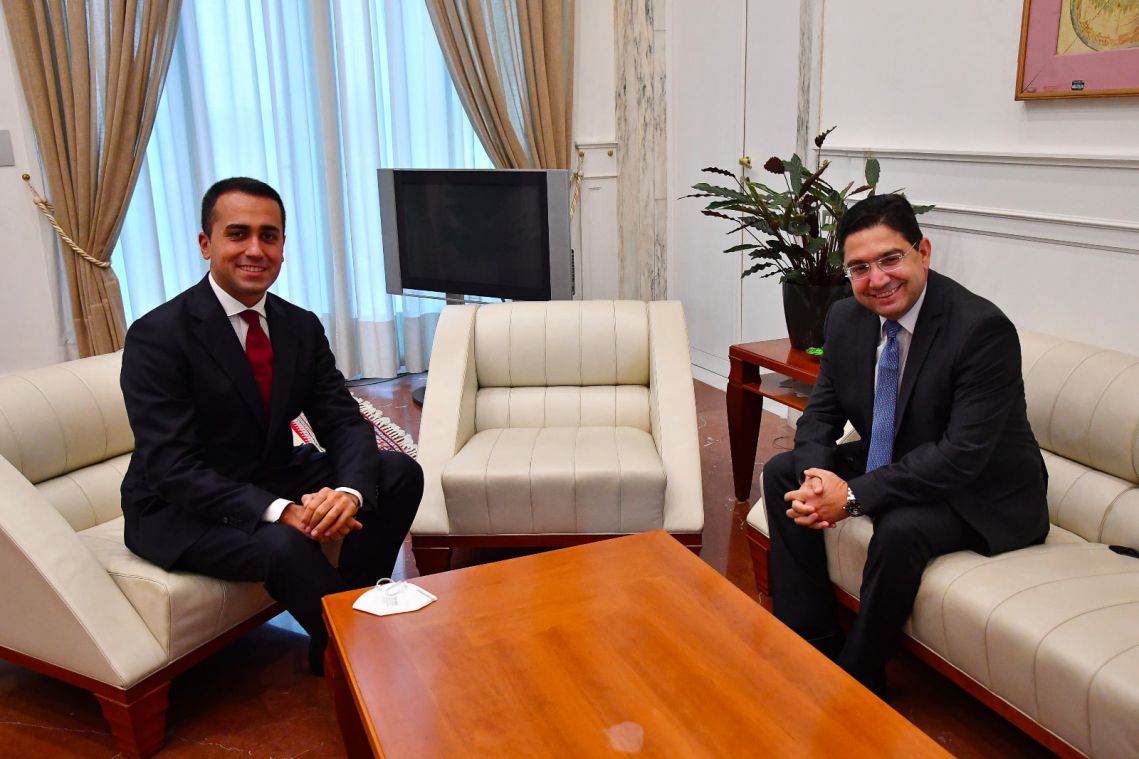 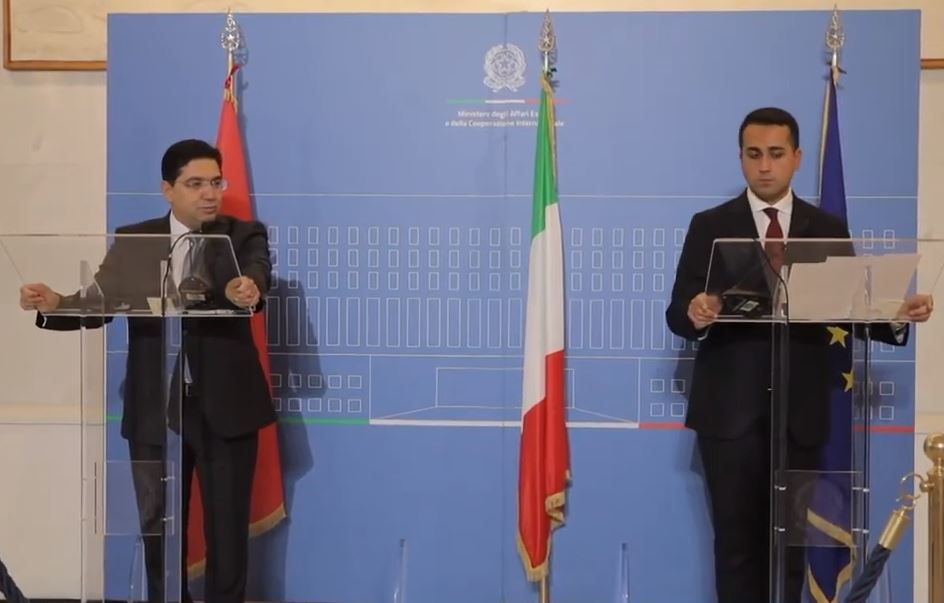 Video - Meeting between Minister Di Maio and his counterpart from the Kingdom of Morocco, Nasser Bourita

Video - Meeting between Minister Di Maio and his counterpart from the Kingdom of Morocco, Nasser Bourita