Today Massimo Gaiani, the Director General for Globalisation and Global Issues of the Ministry of Foreign Affairs and International Cooperation, signed in Abu Dhabi the new Agreement on Air Services between Italy and the United Arab Emirates. For the counterparty, the Agreement was signed by the Director of the General Civil Aviation Authority, Saif Mohammed Al Suwaidi.

The new Agreement assures more connections between the two Countries and lays the grounds for increasing flights to 147 per week, thus favouring cooperation between the respective airline companies and offering connections to new destinations.

The Agreement is yet another step in consolidating the already excellent relations between the two Countries and also benefits the aeronautical sector in addition to strengthening relations between Italy and the United Arab Emirates in the business and tourism sectors. 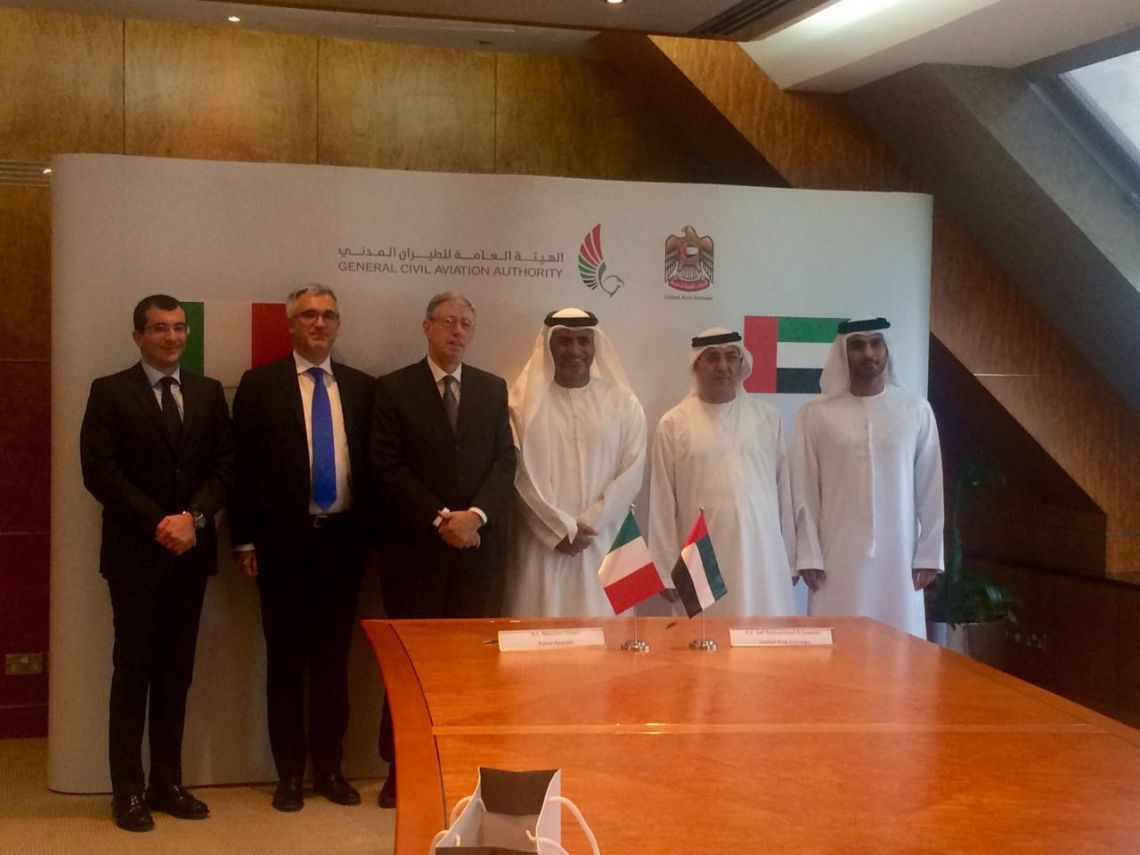 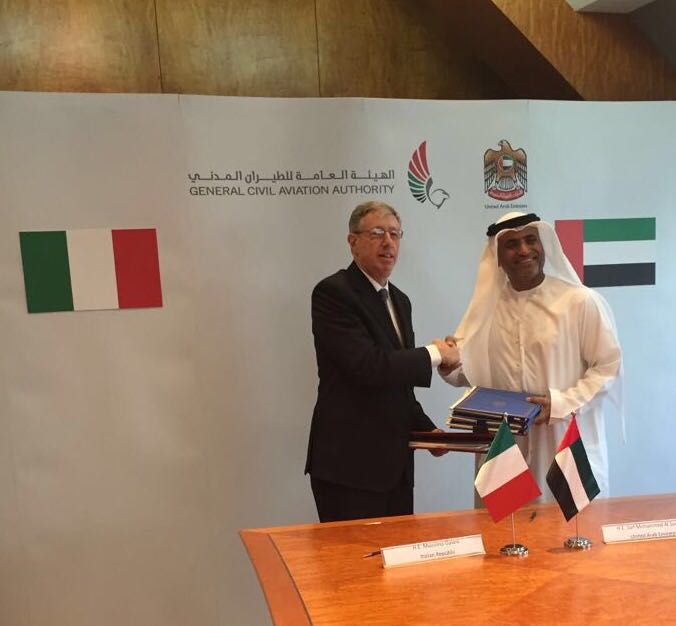