Italy gets centre stage at the Dubai Opera

Italy will be opening Dubai Opera's season. Trieste's Fondazione Teatro Lirico "Giuseppe Verdi" is contributing the first six shows to the very rich and intense calendar of Dubai's brand new Opera House, which opens its door to the public today. The Italian Embassy to Abu Dhabi and the Italian General Consulate in Dubai have worked tirelessly since the initial building stage of the opera to emphasise Italy's unparalleled musical and operatic excellence. As Italian Ambassador Liborio Stellino said: "The Dubai Opera is a prestigious showcase for Italian culture at a time when the United Arab Emirates are showing a growing and diversified interest towards Italy. The very high level of our musical tradition will please the UAE and international audiences that will flock to the new Opera House." He believes that, "the choice of Trieste Teatro Verdi to inaugurate in the world's tourist capital such an ambitious cultural project, strongly wanted by UAE Prime Minister His Highness Sheikh Mohammed bin Rashid Al Maktoum, is a source of pride for us and represents yet another acknowledgment of Italian excellence in the world."

Stefano Pace, superintendent of Fondazione Teatro Lirico "Giuseppe Verdi", said: " We are honoured to represent the strength and beauty of Italian culture on this occasion. The opening of a theatre is always a major artistic challenge which demands determination, courage and great competence. We feel very proud of the invitation by the Dubai Opera which rewards the internationalisation efforts undertaken by Teatro Verdi. Thanks to its long-standing history Trieste Teatro Verdi can count on a large body of artistic, musical and technical experiences, as well as a high level organisational model which means quality, reliability and above all flexibility in schedules and management patterns. We were chosen because we were found to be the best option to face up to such a prestigious and challenging event. We were also chosen because we were the most competitive."
Today's opening concert by Placido Domingo, which has been sold-out for months in the first week of the Opera calendar, will lead the way to two productions by Fondazione Teatro Lirico "Giuseppe Verdi", Trieste: Georges Bizet's historic opera "The Pearl Fishers" which is an ode to the local pearl-diving tradition and Gioachino Rossini's "The Barber of Seville", which epitomises the Italian repertoire. Teatro Verdi has 158 people in Dubai, including orchestra, choir and technicians. The printed programme, which will be distributed in the Opera House, will include a special commemoration of the victims of the earthquake which hit central Italy on 24 August. 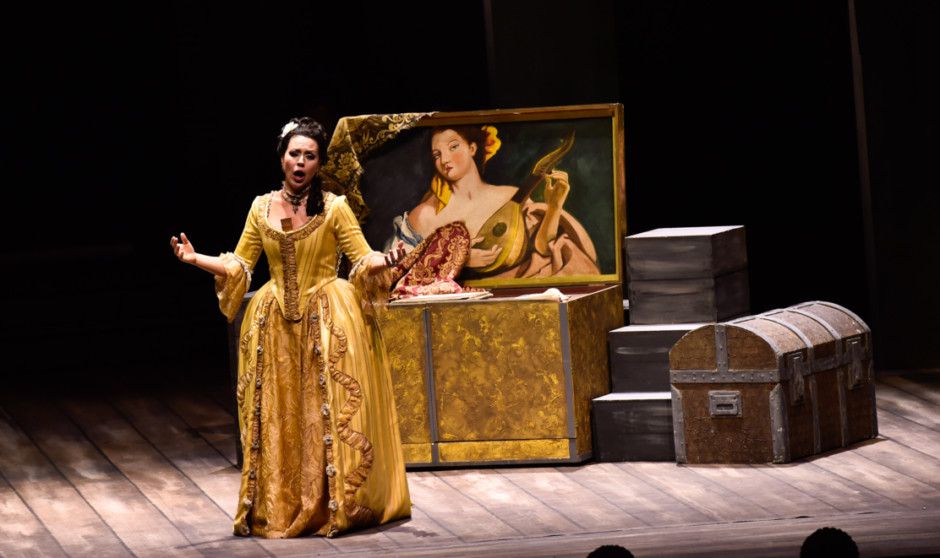