"The Italian Design Day in Qatar - says Italian Ambassador Pasquale Salzano - represents a date which has become essential for the promotion of events and initiatives that aim to express the culture, know-how and ideas inspiring "Made in Italy" design. Our goal is to share this system of values and knowledge in order to facilitate and improve the network of contacts and relations with local businesses and partners".

Participating in the initiative as testimonial of the Italian Design Day in Qatar is architect Ico Migliore, winner of three "Compasso d'Oro ADI" awards, eleven "Red Dot Design Awards", two "German Design Awards" and two "IDA  - International Design Awards" for projects carried out in the field of "cultural, interior and urban design". Architect Migliore teaches Interior Design at the Polytechnic University of Milan and is a visiting Professor at Dongseo University in Busan (South Korea). In 1997, he founded the Migliore + Servetto Architects studio with Mara Servetto, an agency known for the execution of projects that stand out for the creation of locations with meaningful experiences and identities, characterised by an expressive use of light and new technologies.

During the event, Migliore will present the most recent developments on the topic of urban development, a field which has become crucial in determining the evolution of cities in terms of the culture of environmental sustainability and liveability for citizens. The topic of "smart cities" will also be discussed to understand how new digital technologies can be applied to modern infrastructure to make cities more efficient and safe.

"Urban planning and development are today facing crucial challenges" continues Ambassador Salzano. "Overpopulation, pollution, uncontrolled urban expansion are all issues which must be properly addressed in order to plan urban developments in line with high-quality standards of life that we want to leave future generations".

"This farsighted vision is reflected in Qatar in the 'Msheireb Downtown Doha' project, which envisages the transformation of the city's ancient commercial district into a modern neighbourhood by using high-standard green buildings, in full respect of Qatar's cultural roots. The same applies to Lusail City, also known as "The City of the Future", a new modern and completely sustainable urban area in line with the creative and stimulating ideas of our "visionary" designers, whose project aims to strike a balance between innovation and tradition, new lines and traditional architectural shapes, efficiency and beauty".

Another guest at the event will be design manager Fatima Mohamed Fawzy M A Hassan of Msheireb Properties and Marco Ghisi, an engineer at Leonardo Spa, who will be discussing with architect Migliore on the role of design and recent technologies that will transform today's urban areas into the "smart cities" of the future. 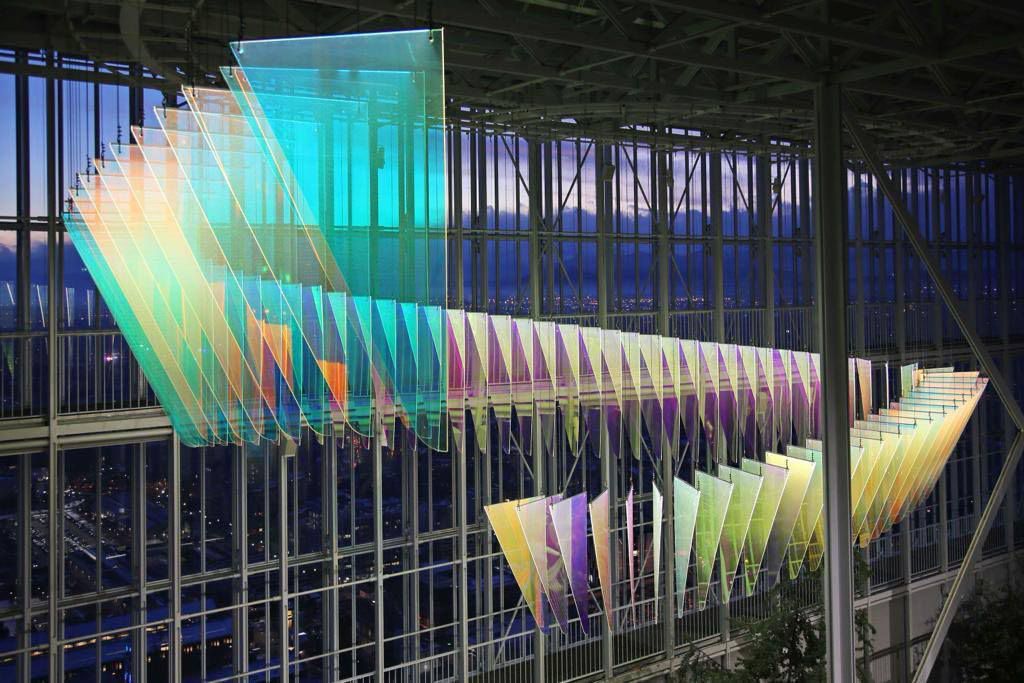 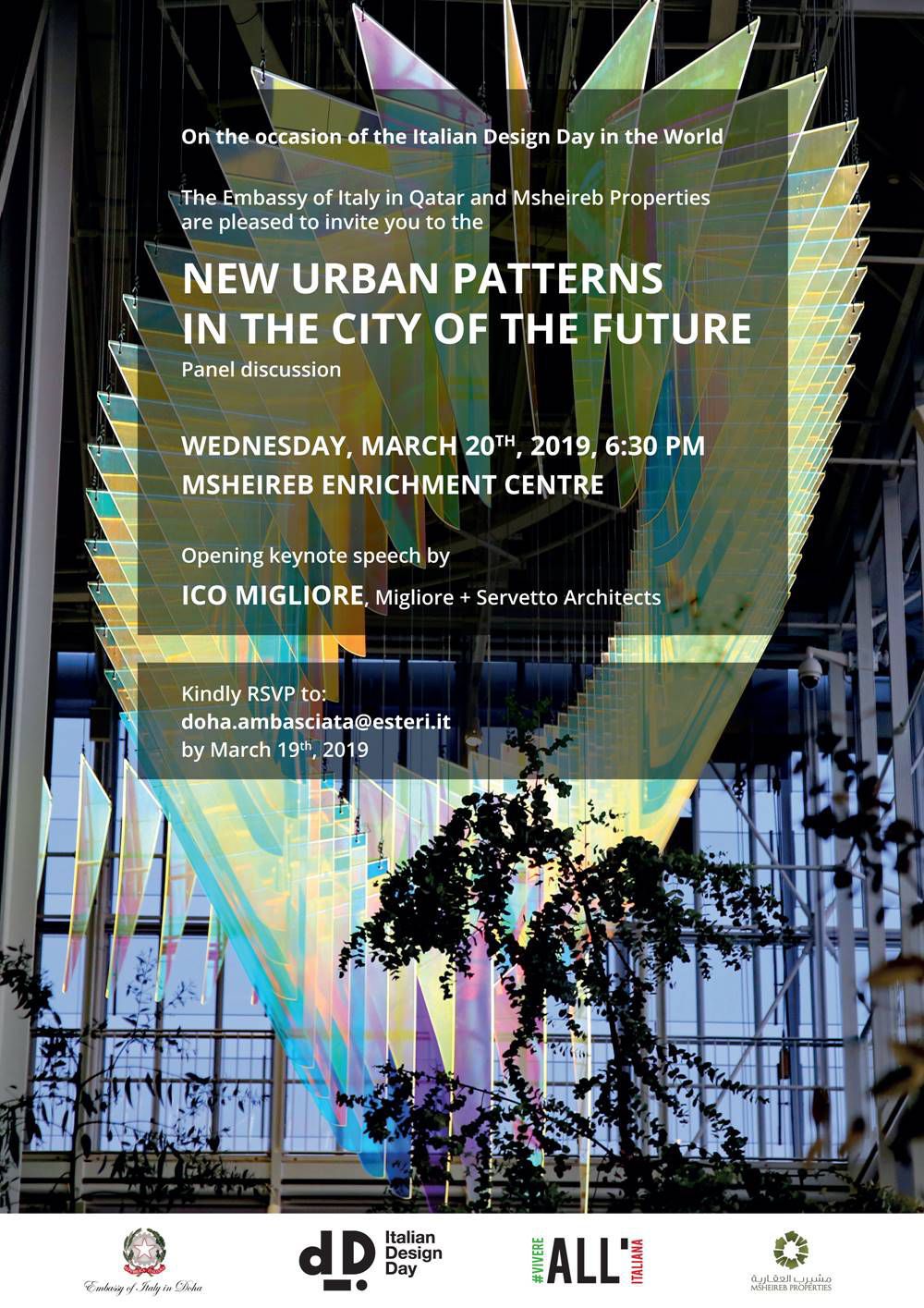 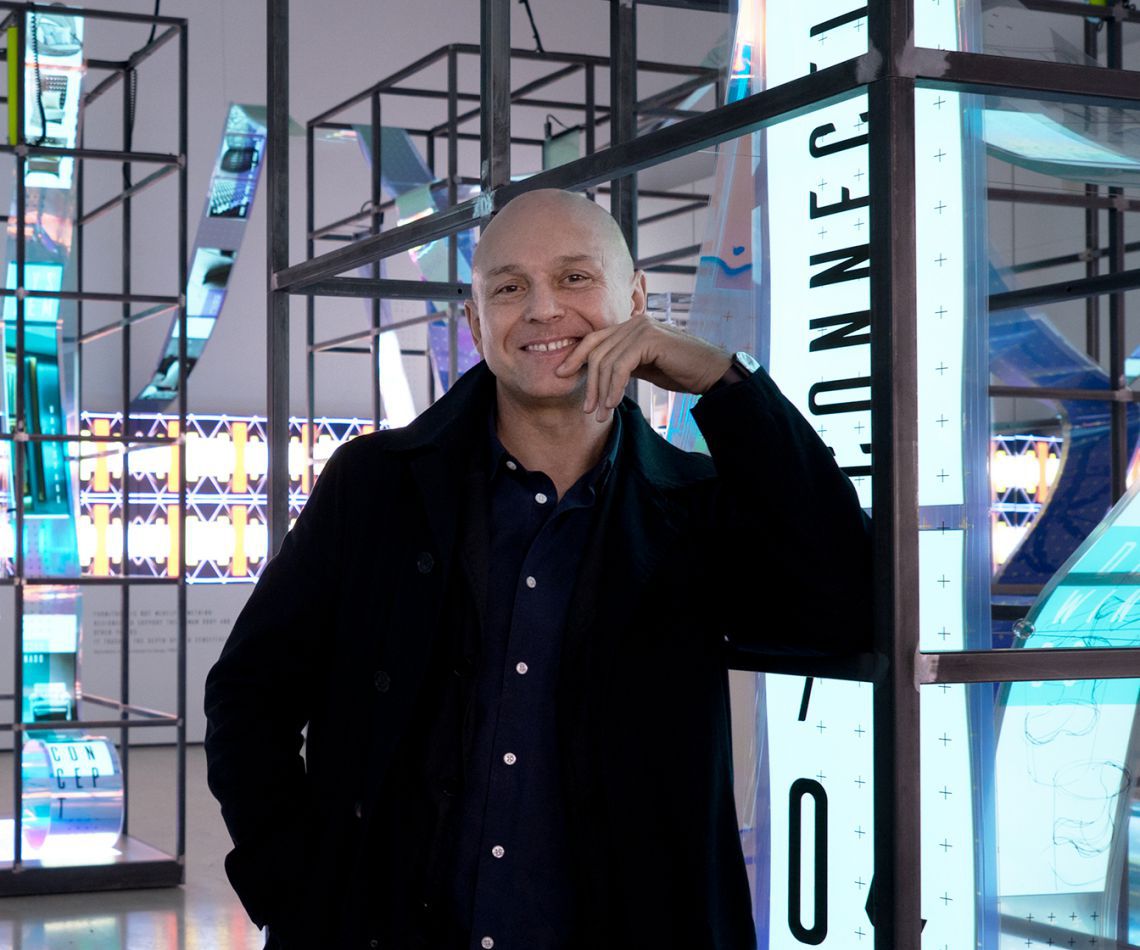