Khartoum – Cooperation and migration, Italy in the forefront in Sudan

Italy is in the forefront in managing the migration phenomenon in a strategic Country like Sudan. This was confirmed by a delegation of the Italian Ministry of Foreign Affairs and International Cooperation and of the Ministry of the Interior during a recent joint mission to Khartoum. The mission was made up by Foreign Ministry representatives Luigi Maria Vignali, Principal Director for Migration Issues and Visas, and Marco Peronaci, diplomatic advisor of the Minister of the Interior, mission leader Domenico Manzione, the Undersecretary at the Ministry of the Interior, Prefect Mario Morcone, the director of the Department for Civil Liberties and Immigration, and Ezio Gaetano, of the Counter-terrorism Department of the State Police Corps. The delegation, accompanied by Fabrizio Lobasso, the Italian Ambassador in Khartoum, met with Sudanese authorities and international organisations – including the International Organisation for Migration of the UNHCR – in the presence of Alberto Bortolan, the director of the Khartoum office of the Italian Agency for Development Cooperation. During the meetings, the Sudanese authorities expressed their great appreciation for Italy’s commitment in favour of Sudan, also through the efforts of Italian Cooperation, which has been present and active in the Country since 2006. Focus was concentrated on the challenges posed to the Country by the migration phenomenon, the actions promoted both at domestic level and in collaboration with neighbouring countries, and the conditions necessary to manage migration. Some of the priorities singled out were increasing border control and management activities and training the personnel assigned thereto. 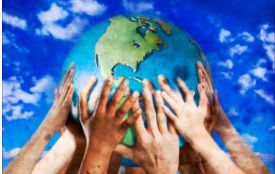