The arrival of the Juno mission around Jupiter, expected on July 4th 2016, will be another success of the long-standing cooperation in space exploration between the Italian Space Agency (ASI) and NASA. The extremely successful partnership of both the Cassini mission, devoted to the exploration of the Saturn system, and of the Juno mission, carried Italian science instruments on board. Specifically they carried the JIRAM (Jovian InfraRed Auroral Mapper), an infrared imaging spectrometer, realized by Avionics Division of Leonardo-Finmeccanica under the scientific lead of the National Institute of Astrophysics, and the KaT (Ka-Band Translator)  for radioscience experiments, realized by Thales Alenia Space Italy under the scientific coordination of the University La Sapienza in Rome.

Both tools represent the last evolution of two types of instruments of Italian technological excellence. Other versions of imaging spectrometers are already operating on other missions from Venus Express around Venus, to Cassini around Saturn, Rosetta on the Churyumov-Gerasimenko comet and on Dawn now orbiting Ceres. With the beginning of science operations on Jupiter and with the launch of BepiColombo, expected in 2018, Italy may proudly say that Italian instruments and scientists are observing all the explored planets and bodies of the solar system, a record that places ASI only after NASA among the leading space agencies. 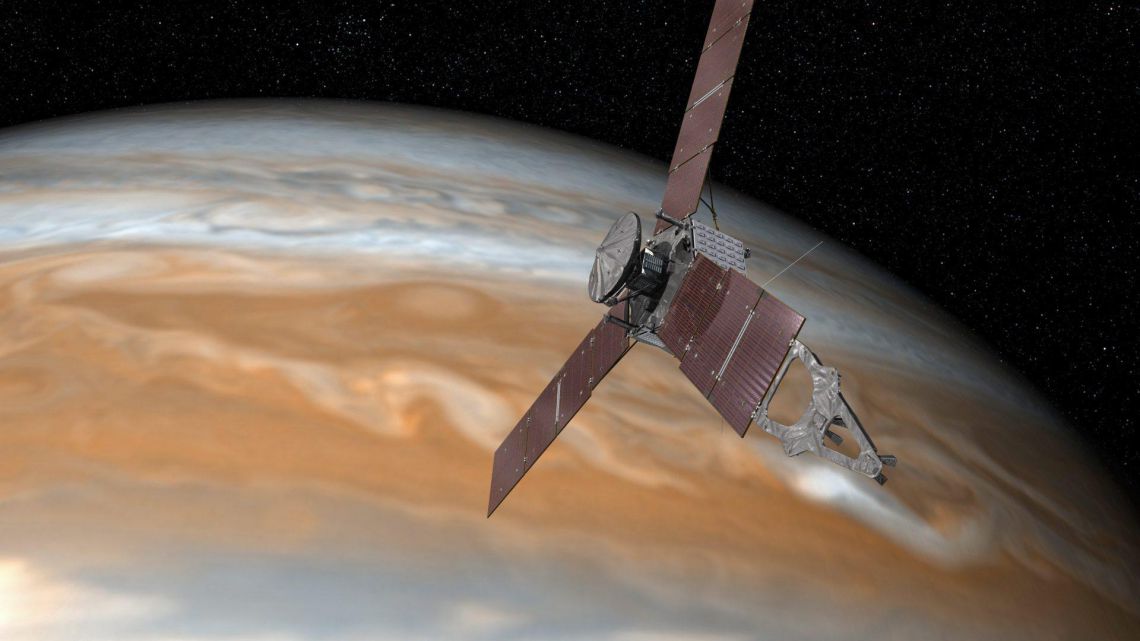