Italian diplomacy and the defence of human dignity

Italian diplomats’  efforts in defence of human dignity  was recalled in a meeting held today at the Farnesina to celebrate the  nomination of ambassador Emilio Barbarani as  one of the“righteous”. The Ministry of Foreign Affairs received the President of Gariwo-The Gardens of the Righteous, Gabriele Nissim, and a large group of students of the Gaetano Rummo Lyceum of Benevento, who, on the initiative of Prof. Enza Nunziato, promoted the candidacy of Emilio Barbarani for this honour in light of his defence of so many politically persecuted Chileans during the early years of the military dictatorship when he was a young attaché at the Italian embassy in Santiago.  The meeting’s participants included Sofia de Vergottini, widow of Tomaso de Vergottini, Italy’s ambassador to Chile in those difficult days and who was committed, as many other diplomats were, to saving human lives by offering the protection of the diplomatic mission.

“The example of Emilio Barbarani”, Farnesina Secretary General underscored, “is not an isolated one. Since the times of Guelfo Zamboli, who saved many Jews in Thessaloniki during the Second World War, to the present day, many Italian officials have worked to save men and women from persecution and hatred. Acting in accordance with their conscience, these have given evidence of a common cultural matrix rooted in the values of Italian foreign policy and in our belief in the defence and promotion of human rights”.

This honour was bestowed on Barbarani on the occasion of the European Day of the Righteous, proclaimed by the European Parliament “to commemorate those who have stood up against crimes against humanity and totalitarism with their own moral responsibility”. In the meeting at the Farnesina, the students illustrated the reasons for which they had selected to back the candidacy of an Italian diplomat “who, as others have in the past, did not change history but acted within the only dimension he could, that of his work and his sense of responsibility, without fear for his own life or expectation of recompense”. 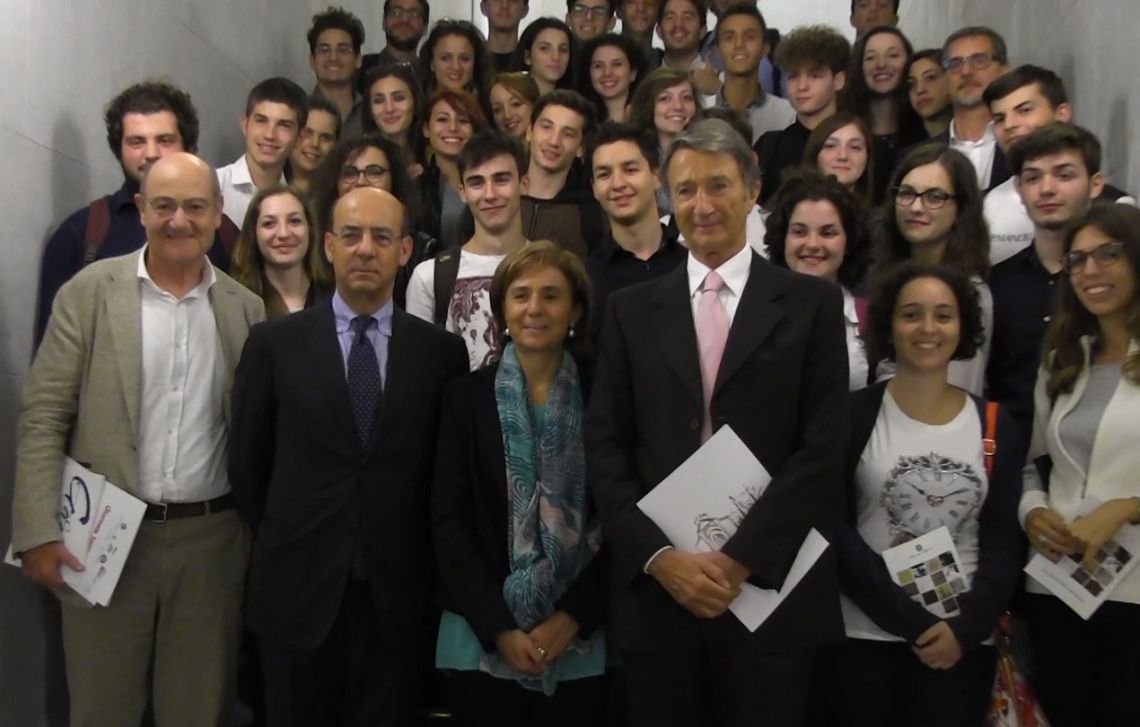