Lyon - From Dante to Cervantes, reflections on the wine-poetry relationship

2016 will mark the 400th anniversary of the death of Shakespeare and Cervantes, while 2015 commemorated the 750th anniversary of the death Dante Alighieri. Drawing inspiration from these two important anniversaries for the culture of Europe and of the world, EUNIC – the European Union National Institutes for Culture – will invite several scholars to discuss the favourite wines of Dante Alighieri, Miguel de Cervantes, Johann Wolfgang von Goethe and William Shakespeare. The event, entitled “Wine and Poetry” will be held at 7 p.m. on Monday, 25 April, at the Goethe Loft in Lyon. The initiative is promoted by the Italian Institute of Culture (IIC), the Goethe Institut, the Instituto Cervantes and the British Council. Cécile Le Lay, a professor of Italian Language and Literature at the University Jean Moulin Lyon 3, will focus on Dante while Jean-Charles Margotton, professor emeritus at the University Lumière Lyon 2 will talk about Goethe and Philippe Meunier, professor and scholar of Spanish Literature of the ‘Siglo de Oro’ at the University Lumière Lyon 2 will talk about Cervantes. 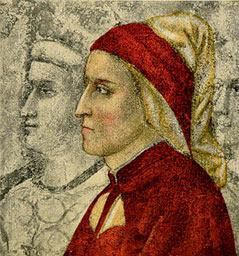