Lisbon – The Italian Institute of Culture hosts “Michelangelo, the Unknown”

The cycle of documentaries “On the Trail of Michelangelo” (“Sulle tracce di Michelangelo” by director Nino Criscenti) screened at the Italian Institute of Culture (IIC) in Lisbon will end with the third and last showing scheduled for Thursday, May 19 at 6:30 p.m. Antonio Paolucci, the director of the Vatican Museums, will comment the series’ last video: “Michelangelo the Unknown. The Frescoes of the Pauline Chapel” (“Michelangelo sconosciuto. Gli affreschi della Cappella Paolina”). The first two screenings of the “On the Trail of Michelangelo” cycle were held on 17 March and 11 April. “They were received with great acclaim by the large audience present in the hall, who are all looking forward to see the last video and listen to the comment by Antonio Paolucci describing the magnificent frescoes of the Pauline Chapel, with the stories of the first apostles, Peter and Paul,” reads a note that the IIC published to present the event. “It was a very demanding effort for Michelangelo who, after finishing painting the Last Judgment in the Sistine Chapel, at 67 years of age, full of aches and pains and overcoming numerous impediments, slowly got to work on the Pauline Chapel, which would take another ten years of his life and would represent his last painting.” 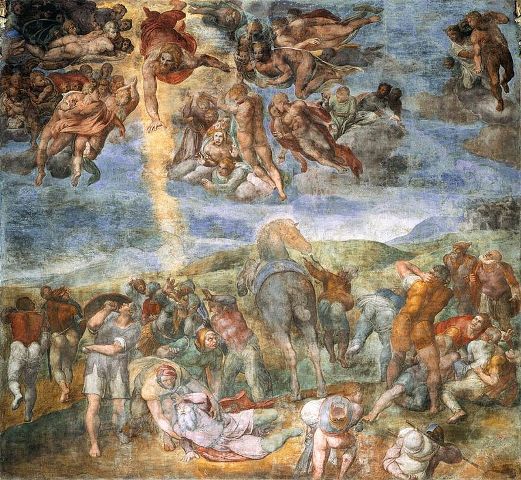