The Head of Hades, a work of exceptional artistic value that had been looted from the area of Enna, Sicily, during the late 1970s and illegally exported to the United States, where it was sold to the Getty Museum in 1985 for 500,000 dollars, will be returned to Italy. The return was made possible thanks to the effective collaboration between the Italian General Consulate in Los Angeles, the Enna public prosecutor’s office and the Carabinieri police force and the John Paul Getty Museum. “We owe it above all to the commitment and competence of the Italian archaeologists if a small blue ceramic curl found amongst the remains of the fraudulent San Franceso Bisconti digs managed to track the origin of the head featuring the same characteristic colour, held at the Getty”, stressed the Consul General, Antonio Verde. On his part, the substitute public prosecutor, Francesco Rio, the author in 2014 of the international letter rogatory that laid the grounds for the return, expressed his appreciation for the immediate willingness to cooperate shown by the important Californian museum.

The Head of Hades, also referred to as “Bluebeard”, after the return ceremony will be going back to its land of origin

The Getty Museum in fact consented to the comparison of the first curl with the Head of Hades and later with another three found thanks to the Archaeological Museum of Aidone (Enna). Mr Rio also highlighted the thorough job done by the Cultural Heritage Protection Unit of the Carabinieri of Palermo, directed by Major Luigi Mancuso. The Head of Hades, also referred to as “Bluebeard”, after the return ceremony held in the presence of the Consul General and Italian judicial authorities and police forces, will be heading back to its land of origin on Friday. Rare and valuable, the finding is truly one of a kind, both in terms of the type of extremely fragile material used, and of the consistent traces of polychromy, brick red in the hair and blue in the beard, which earned it the nickname of “Bluebeard”. The terracotta head, which dates back to the Hellenistic era and is slightly larger than life-size, probably represents the God Hades, a divinity linked to the worship of Demeter and Kore, particularly widespread in Sicily. 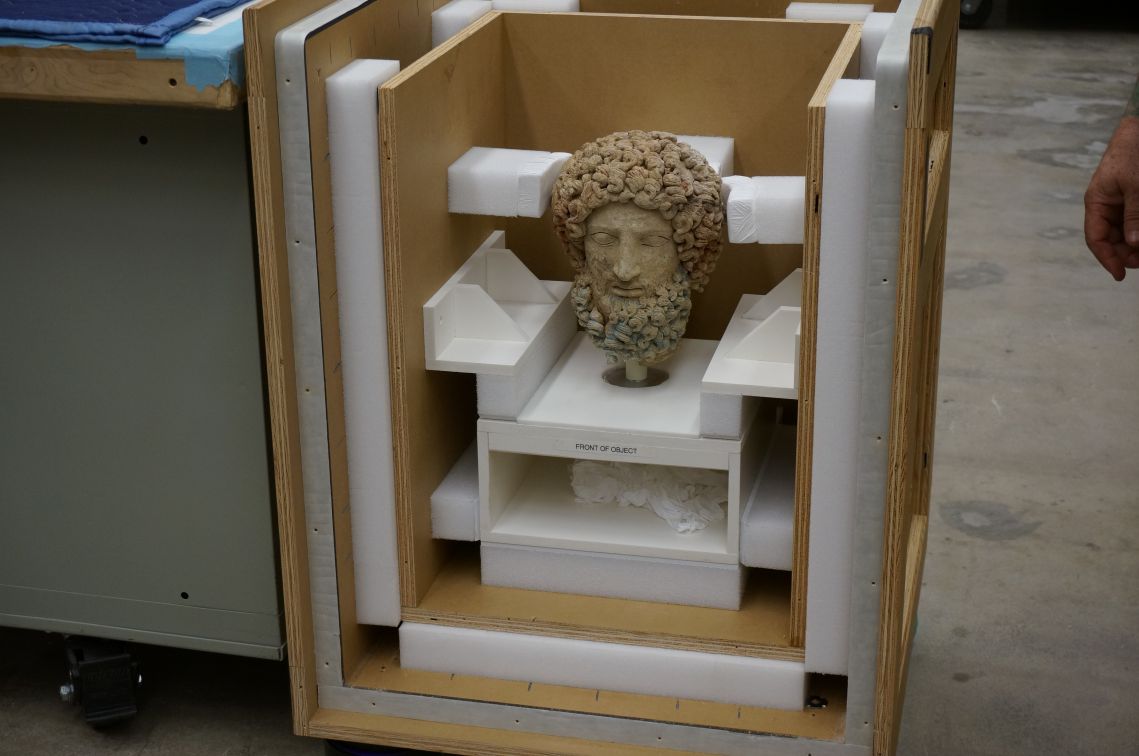 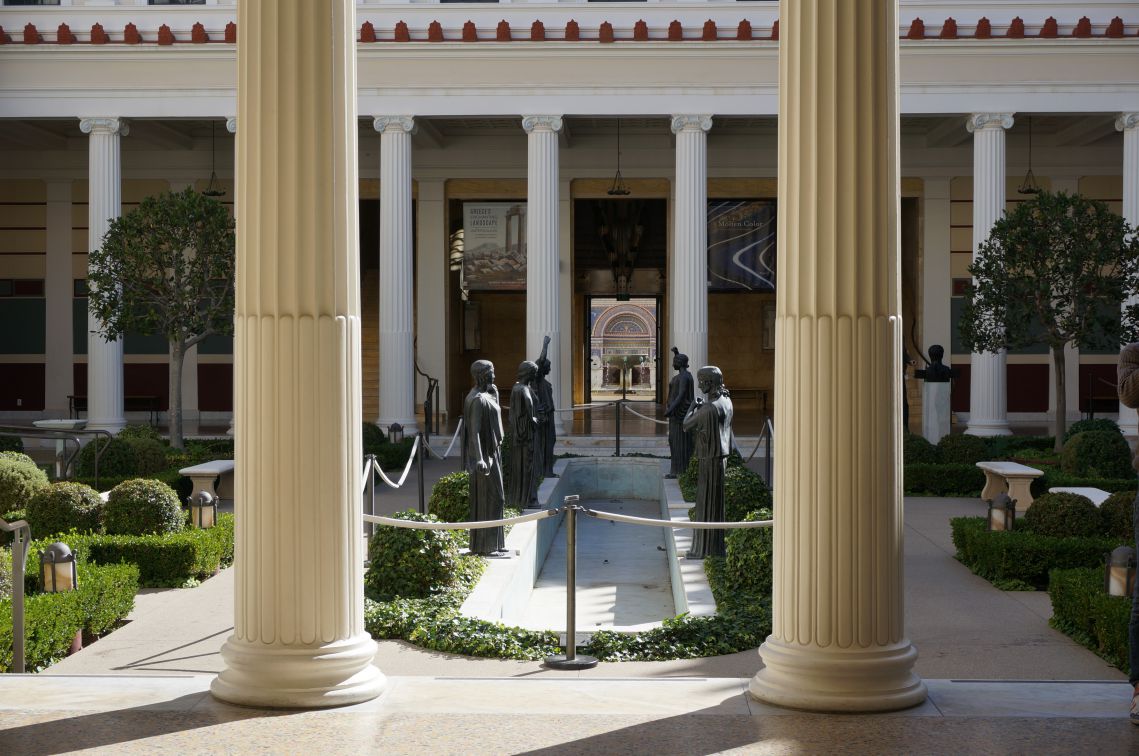 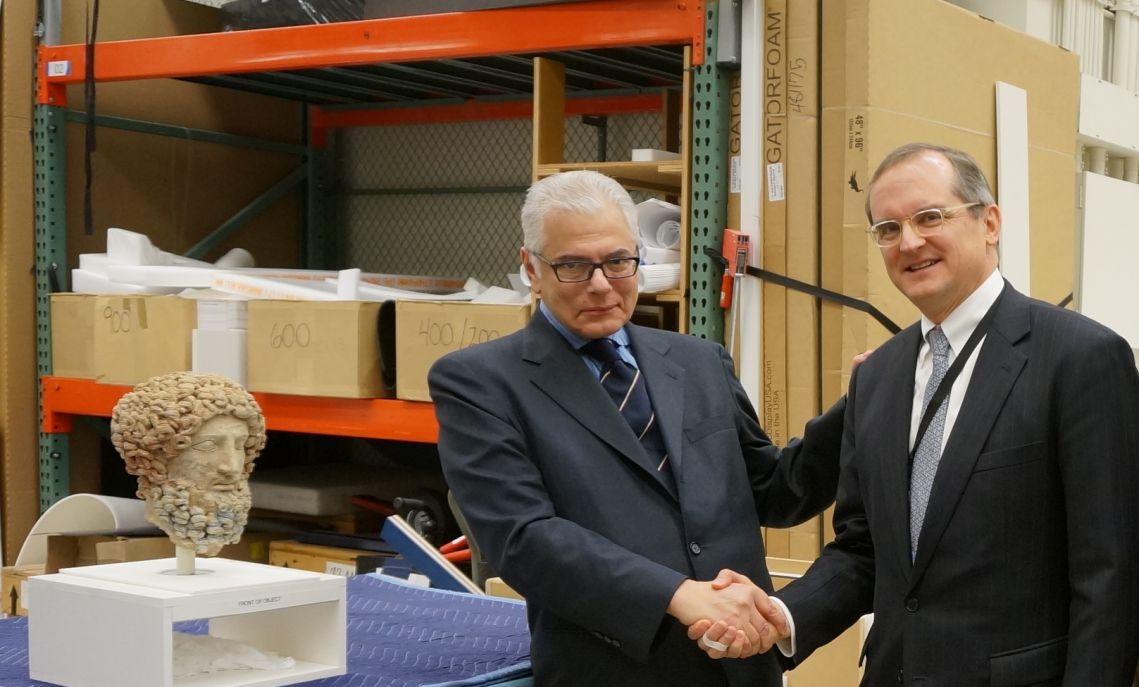