Meeting at the Farnesina with the Iraqi Kurdish premier. The role of Development Cooperation in the “terrible humanitarian crisis” in the region

Italy has confirmed its “support both to the central government in Baghdad and to the regional Kurdish government engaged in the fight against Da’esh. In the second half of 2015 we will be the leading coalition country in the training sphere”. This was Foreign Minister Paolo Gentiloni’s comment at the end of his meeting with the premier of Iraqi Kurdistan, Nechirvan Barzani, at the Farnesina. Premier Barzani thanked Italy for its support and also thanked Matteo Renzi, the first Prime Minister to visit Kurdistan in the full of the crisis unleashed by ISIS.

Projects worth 12 million euros from Italy

Minister Gentiloni underscored the role of Italian Development Cooperation, which is helping relieve the suffering of the population in the region of Iraqi Kurdistan, where there are one million refugees and displaced people. Iraq itself has two million refugees. In what Gentiloni described as a “terrible humanitarian crisis”, Italian Development Cooperation is engaged in projects amounting to 12 million euros (health system and essential supplies). A number of new projects starting in 2015 will focus on Christian and Yazidi communities and especially on women and children. Italy is also working with the government on monitoring health conditions. 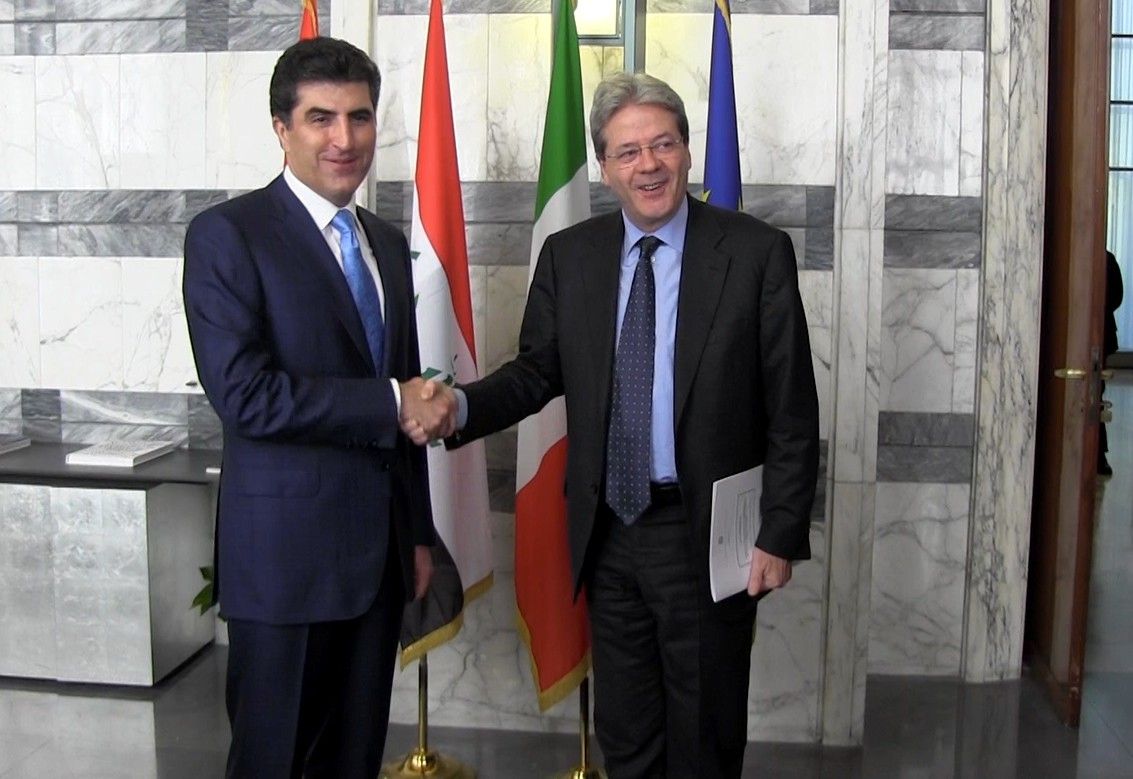