Malta – Can we predict earthquakes? An analysis of the earthquake in Central Italy

“Can we predict earthquakes?”: this is the key question that will be posed in the lecture by Sebastiano D’Amico (Department of Geosciences - University of Malta), scheduled for 19 January (at 6:30 p.m.) at the Italian Cultural Institute in La Valletta. The Association of Italian University Professors and Researchers in Malta (ADURIM) was especially established for the occasion. The lecture will specifically make a scientific analysis of the recent seismic activity in Central Italy, which began with the quake of 24 August, followed by the one of 30 October.

The earthquakes produced hundreds of victims, affected thousands of persons and caused sizable damage and collapses of cultural heritage assets. The national earthquake detection network of the National Institute of Geophysics and Volcanology recorded thousands of seismic events, more than 90% of which in the area where the seismic sequence began in August. The earthquake of 30 of October was of a greater order of magnitude and was not only the strongest event of the sequence recorded in Central Italy but also the event with the highest order of magnitude ever recorded by the National Earthquake Detection Network since it was established in the early 1980s. The history of Italy is written through floods, landslides, earthquakes, and volcanic eruptions. What can be done? Try to hang on to the impossibility of predicting an extreme event or face up to the future with the necessary prevention, without making it appear as a gigantic utopia? We must start anew on the basis of our acquired knowledge, redefining the problems according to the limitedness of research but also through its breakthroughs, conferring to the word ‘predictability’ the correct meaning and turning ‘responsibility’ into the starting point from which to manage uncertainty. The lecture to be delivered by Mr D’Amico, in addition to putting seismic phenomena in the context of the Italian territory, will also highlight the emergency management phases and the great progress made in the field of earthquake monitoring, prevention, and emergency interventions. 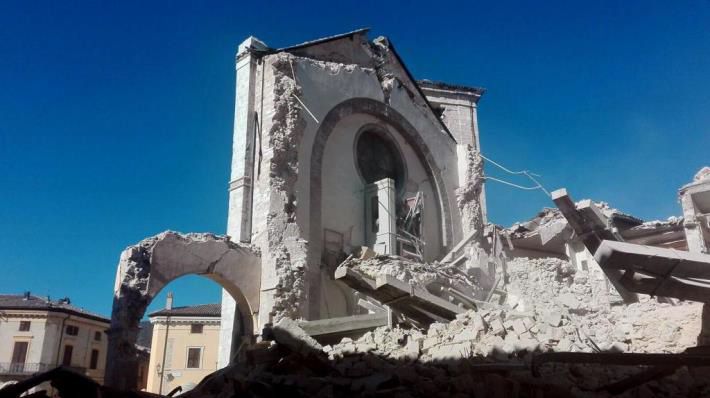 Malta – Can we predict earthquakes? An analysis of the earthquake in Central Italy