Michelangelo Pistoletto, one of Italy’s most influential contemporary artists, opens the Art House Scutari Project 2016 in Albania on Sunday, 15 May. It was organised by Art House Scutari and the Italian Institute of Culture in Tirana. The artist’s works are on display in major modern art museums worldwide. He has displayed work at the Biennale di Venezia nine times and has featured in the Documenta exhibition in Kassel four times. He held a personal exhibition at the Louvre Museum in Paris in 2013 and published “The Voice of Pistoletto”, an extensive discussion with interviewer Alain Elkann in which he reflected on his life and legacy. Pistoletto received numerous prizes, including the Golden Lion for Lifetime Achievement  Award of the 50th Biennale di Venezia (2003), the Wolf Foundation Prize in Arts (2007) and  Japan Art Association’s Praemium Imperiale International Arts Award (2013)

Michelangelo Pistoletto (1933), a painter and sculptor is one of Italy’s most influential living artists. He started out working in painting restoration and advertising, but at the beginning of the 70s he set out on his own personal journey that soon made him into one of the key-artists of his generation. He is one of the most prominent Italian interpreters of  the so-called “new objectivity”. Pistoletto uses a unique, original technique that traces photographic images enlarged to life size on large sheets of mirror-finished stainless steel and plexiglas. Towards the end of the 70s, and in the 80s, he started experimenting with sculptures in different media such as polyurethane, gypsum, cement or marble, such as The Etruscan (1976), The Annunciation (1980), The Giant (1981) and The Acrobat (1982). He created a "citadel of the arts", a multicultural and multifaceted centre in his native Biella in 1998. The Cittadellarte-Fondazione Pistoletto was founded as “inspiring and producing a responsible change in society through ideas and creative projects”. The Cittadella hosts exhibitions, conferences, meetings and debates. It organised a mass performance on the beaches of Gallipoli in last year. Hundreds of young people gathered to use their bodies to draw the symbol of the Third Paradise – a reproduction of the sign of infinity. 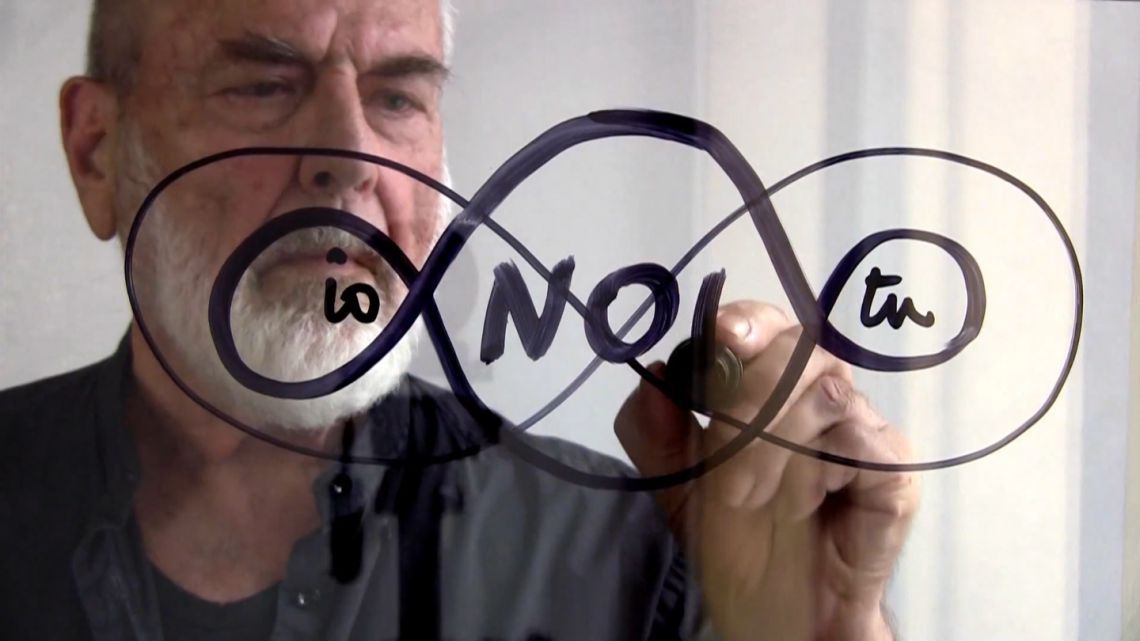 #Farnesina: Art as a tool of communication between society and politics - An interview with Michelangelo Pistoletto