Enrico Prampolini was a painter, sculptor, scenographer, choreographer, architect and designer, an artist who created advertising, posters, photo-montages and large scale murals. His aim, as he said himself, was to express the extreme latitudes of the introspective world. Poland is paying tribute  to him today by hosting an exhibition - with the support of the Italian Cultural Institute in Warsaw - including many of his works. The Sztuki Museum in Łódź, Poland's third biggest city by population, will be showing 32 drawings and sketches by Prampolini from the Historical Archive of the Opera House in Rome. Prampolini (Modena 1894-Rome 1956) is one of the leading artists of the international avant-garde movement. His works echo almost all the new artistic currents of the first half of the 20th century: Futurism, which he co-founded with Marinetti, Dadaism, Constructivism, Surrealism and the Parisian Abstractism of Cercle and Carré. 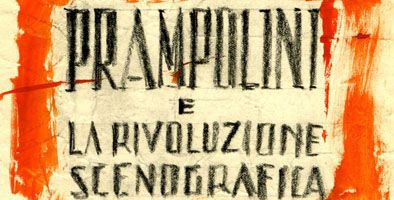