The exhibition “Favole pittoriche” (“Pictorial Fables”) by Marche-born painter Anna Claudi (Serrapetrona 1894 – Rome 1976) is continuing its tour of Latin America. After the success recorded in Argentina, with three displays in Rosario, Tigre and Buenos Aires, the exhibition – organised and promoted by the Regional Council of Marche, Centro Studi Marche and Fondazione Claudi – is now moving to Uruguay. The artist’s works, which represent her personal interpretation of the world, will be displayed at the Italian Cultural Institute in Montevideo from 27 July to 24 August. During her life, the Marche-born artist received wide international acclaim: in 1952 she sent a group of works to New York which were purchased by several collectors and in 1954 a solo exhibition of her works was organised at the Paris Odeon. Many of her works have been purchased by public and private collections, both in Italy and abroad.  (PO / Red)

Anna Claudi had a happy childhood surrounded by the love of two elderly uncles, a doctor and a priest, who would be her two irreplaceable and loving tutors. Her inborn love for nature led her to spend entire days in solitude on the near-by verdant hillsides, etching the images in her mind and drawing them on her school notebooks ever since she was a child. When she finished her classical studies in the city of Camerino, at only 17 years of age, she married Adolfo Claudi, who supported and encouraged her love for painting. When she was still young, Anna met Mario Adami, a Roman fresco artist who was just back from Paris, where he had met some of the major representatives of French Impressionism, including Pierre-Auguste Renoir. Through Adami, who had frescoed several halls of aristocratic palaces and churches in Central Italy, Anna learned the technique of painting portraits and frescos. 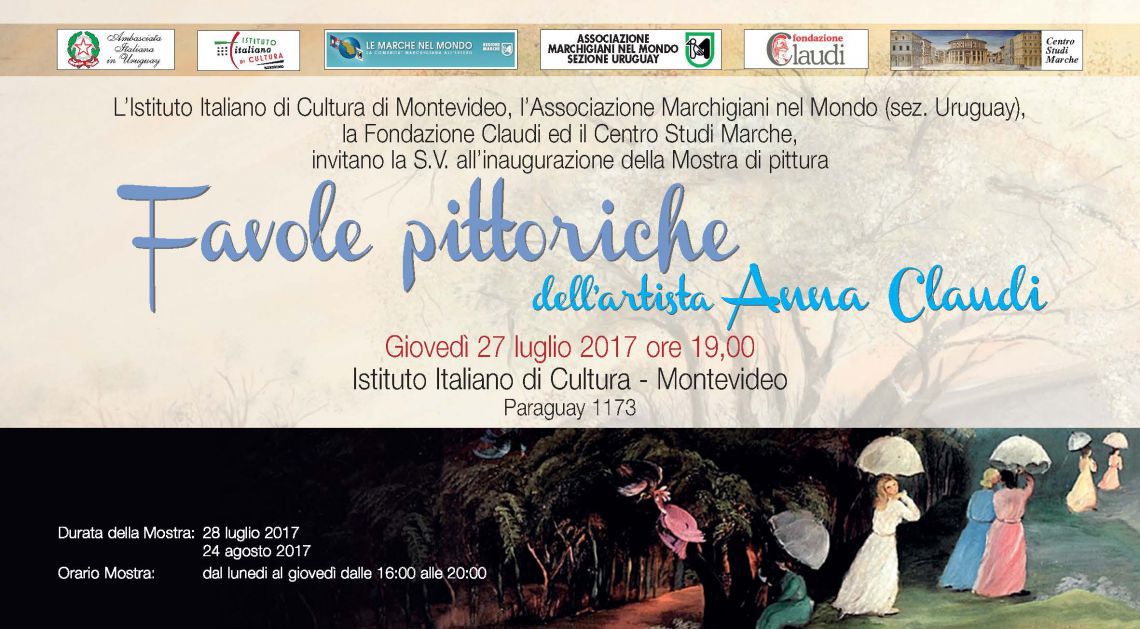