The exhibition "Nell'ombra del sole - In the Shade of the Sun", the first joint show of the Italian hyper-Realist painter Attilio Forgioli and the emerging Omani artist Mohammed al Maamri, was organised by the Italian Embassy in Oman. Under the direction of Giorgio Visetti and the Muscart Gallery, the exhibition was hosted by the Omani Society for Fine Arts in Muscat.  The project, curated by Emanuela Zini, began when the two artists met in Milan in 2015 and spent some time together in the studio of the Italian Forgioli, painting common themes (nature, suburbs, and portraits), developing themes for a possible joint exhibition.

The theme of the Muscat exhibition is the experience of a journey seen as a discovery through the encounter with art – a universal language which unites peoples with its signs, colours and images which take on a familiar aspect – paving the way to sensorial and knowledge experiences, transforming signs into words, emotions and contents. "In the Shade of the Sun" presents two apparently remote worlds, two generations raised with different artistic and social influences that are united by the common love-driven pursuit of beauty; not a sterile search of an aesthetic sense, but a bridge between two remote cultures and peoples. A feasible search, which bridges the gap between two distant 'deserts', uniting them under the same shade of an oasis of superior beauty.

The opening ceremony was attended by Nasser bin Mohammed al Busaidi, the new chief of protocol of the Ministry of Foreign Affairs, by representatives of the diplomatic corps, the Italian community in Oman, and a selected audience representing Muscat's business and cultural circles. The Italian painter Forgioli could not participate due to ill-health, but made a short video narrating his artistic path linking him to the Omani artist. Two of Forgioli's works were also been exhibited, together with two etchings by Michele Cascella, at a show organised by the embassies of EU Countries at the Bait Al Zubair Museum to celebrate 'Europe Day'. 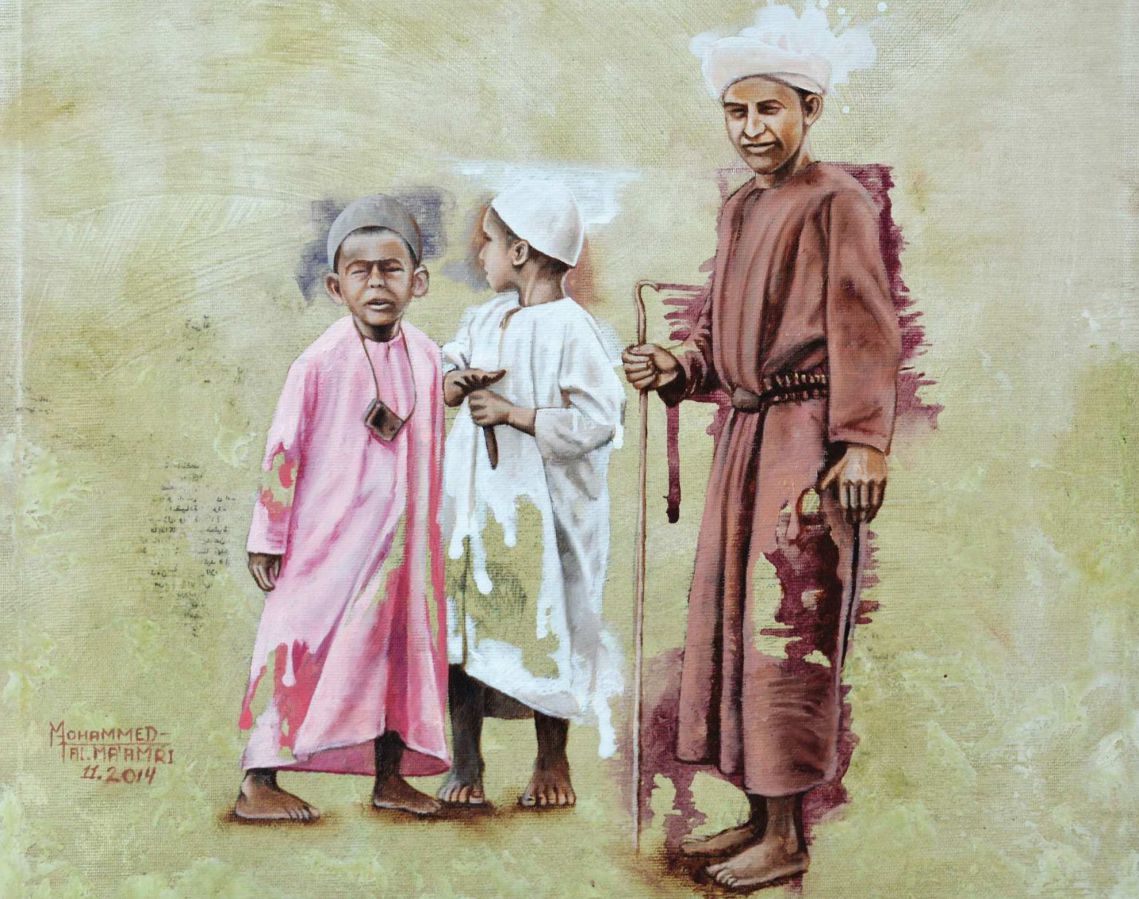